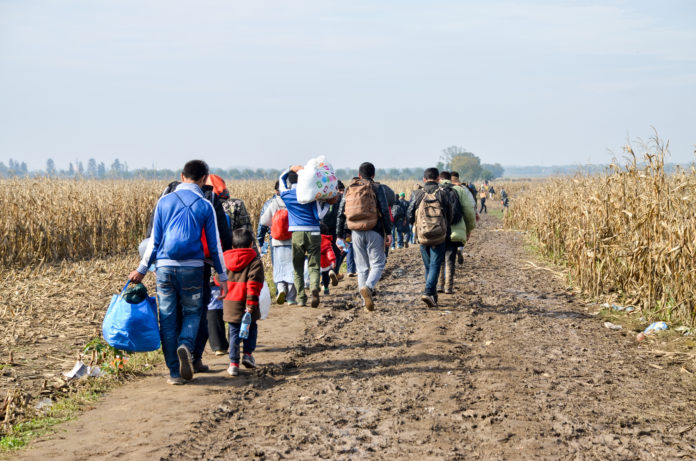 Canada immigration news: Up to 5,000 Afghan refugees evacuated by the United States will be welcomed by Canada under a deal to get Canadians and Canada’s allies in Afghanistan out of the war-torn country.

“These refugees will be accepted as part of Canada’s recently-announced program for some 20,000 refugees, which include persecuted Afghan minorities, women human rights advocates, LGBTI individuals, and journalists,” Immigration, Refugees and Citizenship Canada (IRCC) announced today.

“This collaboration will also help to reduce current pressures in the global resettlement system, facilitating wider international efforts to support Afghan refugees and accelerating efforts to welcome more refugees to safety in Canada.”

This is the second phase of Canada’s effort at helping the Afghan people and Canadians leave Afghanistan in the wake of the American pull-out of the region.

Canada has already evacuated about 3,700 people from Afghanistan, most of them refugees who supported the Canadian mission in that country.

“People around the world know they can count on Canada to support them in times of need, and Canada will be there for vulnerable Afghans.”

On Aug. 29, Global Affairs Canada announced it was a signatory to a joint statement on Afghanistan evacuation travel assurances that was put out by countries all over the world.

“We have received assurances from the Taliban that all foreign nationals and any Afghan citizen with travel authorization from our countries will be allowed to proceed in a safe and orderly manner to points of departure and travel outside the country,” that statement reads.

“We will continue issuing travel documentation to designated Afghans, and we have the clear expectation of and commitment from the Taliban that they can travel to our respective countries.  We note the public statements of the Taliban confirming this understanding.”

Political observers have openly called into question the Taliban’s commitment to letting Afghans and others leave the country peacefully and there have been obstacles to getting planes loaded and off the ground.

As the violence in Afghanistan ramped up in July, Foreign Affairs Minister Marc Garneau reassured the world Canada would be stepping up to the plate.

Afghan Personnel to Canada Mission Will Be Helped: Foreign Minister

“Canada has a responsibility to protect the brave people in Afghanistan who have helped us carry out our mission over 20 years to advance human rights, education, health and security in their country,” said Garneau at that time.

“As violence spreads, ensuring the safety and security of all of our personnel, whether Canadian or Afghan, past or present, and the people who are helping us on the ground, is our top priority.”

The program welcomes government-supported and privately-sponsored refugees, along with those sponsored by family already in Canada.

The refugee program is being run in partnership with the Manmeet Singh Bhullar Foundation to resettle hundreds of persecuted Afghan Sikhs and Hindus.

Canada welcomed its first flight carrying Afghan refugees about a month ago.

“Today, the Government of Canada is welcoming the first of a number of flights carrying Afghan refugees who provided crucial support to Canada’s mission in Afghanistan,” said Immigration Minister Marco Mendicino at that time.

“This first group is now beginning their new life in Canada, and we welcome them with open arms. More flights will be arriving in the coming days and weeks. We committed to do right by the Afghans who supported Canada’s mission in Afghanistan. With the arrival of the first resettled Afghan refugees in Canada, we are making good on that promise.”