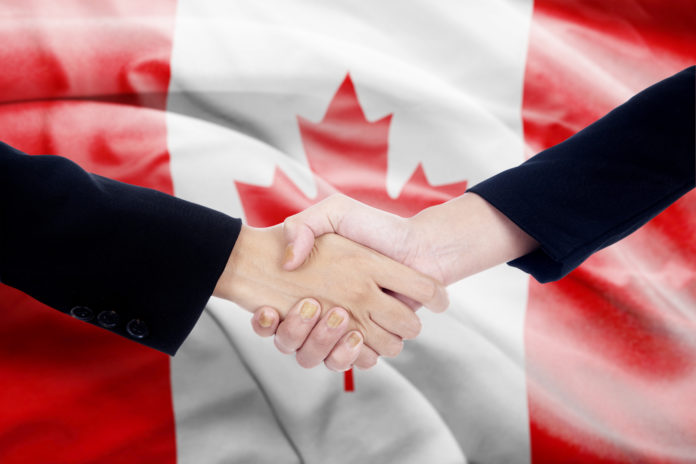 Canada is a great country for entrepreneurs looking for a place to set up a new business thanks to strong start-up ecosystem hubs in major Canadian cities, the latest Global Start-up Ecosystem Index Report reveals.

“Canada has massive potential,” states the report published by the start-up ecosystem think tank StartupBlink. “Considering the active approach by an efficient public sector to develop start-up ecosystems, and a relative abundance of resources, there is no reason Canadian start-up ecosystems should not take an even more substantial role in producing massive global hubs.

“For this to happen, there will have to be more Canadian start-ups with global impact.”

Foreign investors looking to create start-ups with such a global impact through Canada’s Start-Up Visa program can take comfort in knowing the country’s many advantages have it ranked in the top five countries in the world yet again this year for start-up ecosystems.

In the 2021 Global Start-up Ecosystem Index Report, Canada is again ranked fourth – and boasts more cities in the top 50 than most other countries with only two exceptions: the much larger United States and China.

In the education technology industry and energy and environmental technology sector, Canada ranks even higher, in third place globally.

The report is clear. The only thing Canada needs to become an even stronger player on the world stage when it comes to start-ups is to work harder to attract more “high-quality foreign talent.”

“The market-oriented economic system, high standard of living, native English language, proximity to the U.S., and strong position of the nation’s start-up ecosystems already make the country attractive for foreign talent, which means Canada would benefit from focusing on entrepreneur retention,” states the report.

Ottawa, which is bullish on immigration, is working to fill that need for more foreign investors willing to start-up businesses in Canada.

That drive to attract immigrant entrepreneurs and tech talent to Canada is not going unnoticed by other countries vying for the same immigrants.

American business magazine Forbes has gone so far as to warn Washington that Canada is doing a better job of attracting immigrant entrepreneurs and boosting its economy than is the United States.

“While America has tried and failed to pass a start-up visa geared toward immigrant entrepreneurs for years, Canada is one of two dozen countries, including the U.K. and Singapore, that have launched the idea and are now wooing them,” wrote Forbes senior editor Amy Feldman earlier this year.

“Canada’s Start-up Visa program began as a five-year pilot program in 2013, and was made permanent in 2018,” she wrote. “Since its launch, foreign entrepreneurs representing some 200 start-ups have become permanent residents there.

“Among its success stories: Edtech unicorn ApplyBoard, founded by brothers Martin, Massi and Meti Basiri, who moved from Iran to Canada for school, and who now employ more than 500 people.”

Since then, Canadian cities have also been recognized as being a better bang for the buck than many of the rest of the world’s metropolises.

Asset management firm Mercer’s 2021 Cost of Living City Ranking report has shown that even Vancouver, Canada’s most expensive city, is far below many others throughout the world in 93rd spot in the rankings. New York City, by comparison, is the 14th most expensive city in the world and Los Angeles the 20th.

Canada’s ongoing affordability and progressive immigration policies put it in good stead to attract a growing share of immigrant entrepreneurs through the Start-Up Visa program.

Under that program, immigrants can get Canadian permanent residence if they qualify as immigrant entrepreneurs.

How Immigration Lawyers Can Help

That investing and the development of the business is usually done with the help of business consultants in Canada’s start-up ecosystem with oversight from experienced corporate business immigration lawyers who can ensure a start-up’s business concept meets all industry-required terms and conditions.

The basic government-imposed candidate eligibility requirements for the Start-Up Visa program are:

Ottawa does not give financial support to new Start-up Visa immigrants. When candidates apply, they need to show evidence they have the finances to support themselves and their dependents in Canada. This money cannot be borrowed.

Additionally, it often occurs that candidates will need to show additional, sufficient funding to meet start-up costs of their business project, as a condition of investment by a designated entity (VC or Angel).

This is an area where experienced legal consulting will prove invaluable. The amount of settlement funding needed depends on the size of the candidate’s family.

Unlike almost every other federal and provincial-level entrepreneur program which requires a minimum of one or two years of previous experience either owning a business or in top-level management, the Start-Up Visa program does not require previous management experience.

The support of a government-designated entity is enough. That support can be either financial or in the form of accepting the candidate into a business incubator program.

Immigrants who avail themselves of the Start-Up Visa program consistently report that it is quick, both for the initial work permit and permit residence application.

With a viable start-up business project, an immigrant entrepreneur can expect it to take about four to six months to secure a commitment certificate or letter of support from a designated entity. Once that letter of support is received, the application for permanent residence can be submitted.

Five Candidates Can Apply With One Business Investment

Surveys suggest Start-Up Visa candidates usually go on to succeed in Canada, in terms of growing their business, attracting further investment, networking or selling their business for a profit.

Canada’s Start-Up Visa: Business Program On Track For Record Number Of Immigrants In 2022