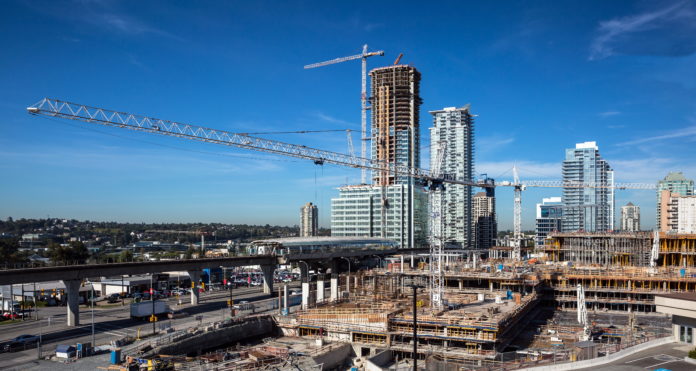 Canada immigration news: A report by BuildForce Canada says hundreds of thousands of jobs in the Canadian construction industry are expected to open up in the coming decade and immigrants are being wooed to fill them.

“Canada’s construction outlook is strong for 2021 and well into the middle portion of the decade thanks to gains in the residential and non-residential sectors,” says Bill Ferreira, BuildForce Canada’s executive director, in that report.

“And while we forecast growth to slow over the later years of our forecast period, we nonetheless expect that the industry will be challenged to recruit more than 309,000 new workers to replace retirees and keep pace with demand.”

The national organization dedicated to the development of a highly-skilled construction workforce expects most of those jobs to be filled by Canadians. But not all.

Immigrants are under-represented in the building trades. Although immigrants make up 23 per cent of the Canadian labour market, they comprise only about 18 per cent of workers in the construction industry.

That is expected to change.

Nowhere is that need for immigrants to work in the construction industry going to be more pronounced than in British Columbia where roughly a quarter of the labour shortage is expected.

“Right now, anyone with actual experience is so, so helpful to our business,” she said. “When it’s so busy like this, man – anyone with any skills is so valued.”

In a column published in Business In Vancouver in January, Peter Mitham made the case that changes to immigration policies are needed to attract immigrants who can meet the construction industry’s need for skilled labour.

“Since the 1970s, declining fertility rates have made immigration a key driver of Canada’s population growth,” wrote the columnist. “As Canada’s population continues to age, the country’s reliance on immigration will only intensify, especially in sectors where the number of people in the domestic workforce is unable to keep pace with the demand for labour.”

At ACE, about 10 per cent of the employees are immigrants, some of whom landed their jobs with the help of the BC Construction Association’s Integrating Newcomers program. It works with newcomers through its Skilled Trades Employment Program.

But it’s not just on the West Coast that Canada needs immigrants for jobs in the building trades.

In the Atlantic Canadian province of New Brunswick – clear across the country from British Columbia – contractors are being forced to turn down work because a downturn in immigration due to Covid-19 has left them without the skilled workers they need.

“We work our whole lives to be at this point and now we have got to say no,” Jonathan Denton, owner of Little John’s Renovations in Moncton, reportedly told Global News earlier this month.

The contractor is now turning away roughly 20 per cent of the business coming his way during a construction boom because he can’t find enough skilled workers.

Immigration To New Brunswick Fell In 2020

Contractors providing all kinds of skilled trade work across the province are turning down work as the labour shortage ripples through the industry, including roofers and bricklayers, Courtney Donovan, the New Brunswick executive director of Skills Canada, reportedly told Global news.

Faced with that labour shortage, Skills Canada New Brunswick is trying to encourage kids who are still in middle school to pursue careers in the trades.

But Ottawa is looking to import that skill set by boosting immigration.