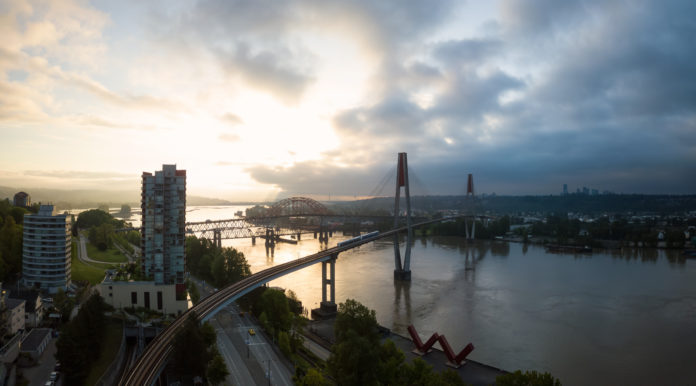 “In the long-run, Canada does have the capacity to hit the ambitious targets set out last fall and population growth from new immigration will again return as the main driver,” forecasts Royal Bank of Canada senior economist Andrew Agopsowicz.

“However, with the effects of the pandemic looking more likely to remain into the spring and summer … immigration into Canada (will remain) low throughout most of 2021.”

With Canada’s COVID-19 vaccination program expected to take until at least September to achieve herd immunity, both immigration to the country and British Columbia’s usually-strong tourism sector are expected to have a tough time of it, especially in the early and middle parts of the year.

Exports, though, will buoy the province as economic growth in China, a strong trading partner for British Columbia, is forecast to hit 8.4 per cent.

That is expected to lead to a stronger economic recovery in British Columbia than the Canadian average this year.

“The near-term economic outlook for B.C. is broadly similar to that for Canada. Following the massive COVID-induced demand shock in 2020, the provincial economy will rebound and expand by 4.5 per cent this year, just ahead of the Canada-wide pace,” forecasts the Business Council of British Columbia.

In The Race Between The Virus And The Vaccines: B.C. Economic Review and Outlook, the business council’s chief economist and senior vice president, Ken Peacock, and vice president of policy Dr. David Williams, also forecast a provincial economic recovery that will pick up momentum next year.

“In 2022, the B.C. economy should pick up a little more steam and grow by 4.8 per cent, in line with Bank of Canada’s expectation for Canada,” they predict. “These two years of robust growth, however, come after the steepest decline in GDP in a century. We estimate the B.C. economy contracted by about six per cent in 2020 on an average annual basis.”

As the global pandemic and the border restrictions imposed to slow the spread of COVID-19 crippled economies throughout the world, it also slowed immigration to British Columbia to a crawl.

Hardest hit last year in British Columbia were the business immigration programs, which include those coming to the province under the British Columbia Entrepreneur stream, the Start-Up Visa program, and the Federal Self-Employed Class.

Last year, 255 per cent fewer people became new permanent residents to Canada under business immigration programs in British Columbia than had the previous year. That was a drop of 54.2 per cent compared to 2019.

Family Sponsorship programs resulted in 8,225 fewer new permanent residents to British Columbia in 2020, a drop of 50.6 per cent from the 16,255 who had come to the province under those programs in 2019.

Economic immigration fared best but still dropped 38.8 per cent, to 18,395 from 30,060 the previous year, as those able to come to British Columbia under the Canadian Experience, Caregiver, Skilled Trade and Skilled Worker programs fell off.

New Brunswick Contractors Turn Down Work Due To Lack Of Skilled...