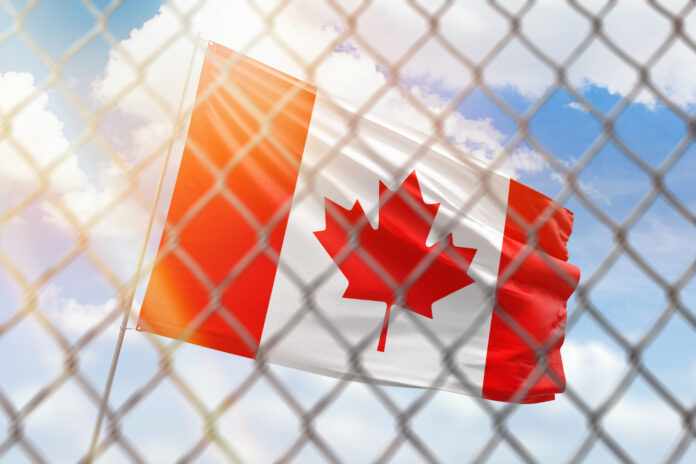 Canada immigration detainees will no longer be held in provincial jails in British Columbia as the province is ending its agreement with the Canada Border Services Agency (CBSA).

“The province is ending its arrangement with the CBSA,” Mike Farnworth, British Columbia’s minister of public safety and solicitor general, announced yesterday. “BC Corrections will provide the CBSA with 12 months’ written notice as required under the current arrangement.

“BC Corrections is committed to working with the CBSA to develop a safe and efficient transition plan that achieves our common commitment to public safety while ensuring the rights of individuals are preserved and protected.”

Human rights groups in Canada decried the detaining of those held under the Immigration and Refugee Protection Act (IRPA) in provincial jails last year, calling it abusive and discriminatory.

“Canada’s abusive immigration detention system is in stark contrast to the rich diversity and the values of equality and justice that Canada is known for globally,” said Ketty Nivyabandi, secretary general of Amnesty International Canada, in June last year.

“Amnesty International and Human Rights Watch call on the Canadian authorities to end the inhumane treatment of people in the immigration and refugee protection system by gradually ending immigration detention in Canada.”

In a report, I Didn’t Feel Like a Human in There: Immigration Detention in Canada and Its Impact on Mental Health, the human rights activists claimed detainees, including those fleeing in other countries, were regularly handcuffed, shackled, and held with little to no contact with the outside world.

Human rights activists also claimed detainees could be held for years with no set release date in provincial jails with the regular jail population and were often subjected to solitary confinement.

In the wake of those allegations, the provincial government looked into its treatment of detainees under the IRPA.

“In the fall of 2021, I committed to a review of BC Corrections’ arrangement with the CBSA on holding immigration detainees in provincial correctional centres,” said Farnworth. “This review examined all aspects of the arrangement, including its effect on public safety and whether it aligns with the United Nations Standard Minimum Rules for the Treatment of Prisoners and expectations set by Canadian courts.

“As part of the review, BC Corrections engaged with multiple external stakeholders and advocacy groups, including Amnesty International and Human Rights Watch, and incorporated their input.

“The review brought to light that aspects of the arrangement do not align with our government’s commitment to upholding human-rights standards or our dedication to pursuing social justice and equity for everyone.”

On their WelcomeToCanada campaign website, Human Rights Watch, Amnesty International and other human rights activists claim there were almost 9,000 people, including 138 infants and children, held in detention under the IRPA during the year that ended in March 2020.

“Canada is among the only countries in the global north without a legal limit on the length of time people can be in immigration detention,” the website claims.

Human Rights Watch and Amnesty International claim that, since 2016, Canada has held more than 300 immigration detainees for longer than a year.

“Canada prides itself on welcoming refugees and newcomers with open arms, even though it’s one of the few countries in the global north where people seeking safety risk being locked up indefinitely,” said Samer Muscati, associate disability rights director at Human Rights Watch.

“This leaves many without the certainty – or even hope – of knowing when they will be free again, which can have a devastating impact on their mental health.”

Earlier this year, Prime Minister Justin Trudeau pledged another $26.9 million to migration and protection-related projects in the Americas and professed Canada’s willingness to accept an additional 4,000 refugees from those two continents by 2028 at the 9th Summit of the Americas in Los Angeles.

“Canada values its deep and longstanding partnerships with countries across the Americas, which are crucial to improving peoples’ lives by driving economic growth that benefits everyone, advancing gender equality, and fighting climate change,” said Trudeau.