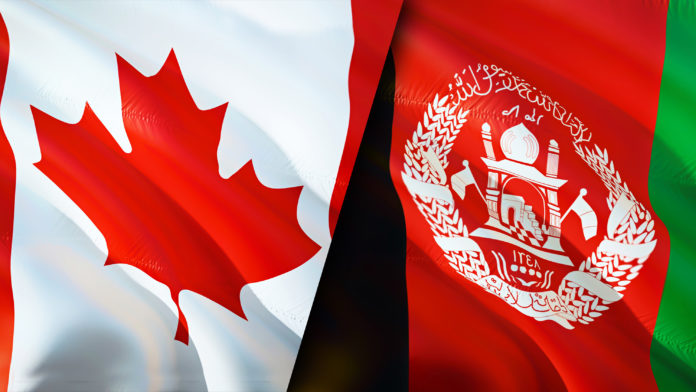 Canada immigration news: Afghans coming to Canada as refugees who want to attend college or university are being given breaks in some communities on their tuition, living expenses, books and even laptop computers and tablets.

On Twitter, Immigration Minister Sean Fraser announced Friday that 8,580 Afghan refugees had by then already arrived in Canada.

“To help provide them with the skills to succeed, our country’s colleges and universities are helping break down financial barriers faced by many Afghan newcomers,” tweeted Fraser.

“Arrivals to date include refugees approved through the special immigration program for Afghans who assisted the government of Canada; privately-sponsored refugees; refugees referred by the United States, front-line defenders and the United Nations Refugee Agency,” notes Immigration, Refugees and Citizenship Canada (IRCC).

In its latest immigration levels plan, Ottawa committed itself to resettle at least 40,000 Afghan nationals this year, as quickly as possible.

Canadian colleges and universities are stepping up to the plate and offering help to Afghans.

In mid-February, CDI College launched a special tuition bursary program for refugees, offering a 25 per cent break on tuition once the refugee student has graduated. That program also offers language training and job placement services for these students.

The program is expected to provide financial relief to dozens of Afghan refugees attending any of CDI’s more than 20 campuses across Canada through to the end of this year.

“I got admitted to the web and mobile application development program and I am looking forward to a career in technology,” said one such Afghan refugee who enrolled at CDI. “There is a very good program of scholarships which helps you with your financial status.”

That student came to Canada with his wife and three children and they now live in Calgary, Alberta.

At the University of Western Ontario, too, new scholarships for Afghan students cover tuition, fees, and living expenses of up to $100,000 during a four-year course of study.

“Afghan refugees have experienced trauma and upheaval unimaginable to most of us, and that includes an interruption to their studies,” said Glen Tigert, the university’s registrar. “As part of an international community, Western considers it both a privilege and a responsibility to help them rebuild their lives.”

That university is also funding two Afghan scholars through the Scholars at Risk network, and through the Scholar Rescue Fund. These are international organizations that work to offer a safe environment, support and financial assistance for academics facing persecution or threats to their lives in their home countries.

“We have a responsibility as global citizens to create opportunities for access to education and research, and to respond in times of dire need,” said Lise Laporte, senior director of Western International.

It covers the full cost of tuition and fees for five students to complete one post-secondary program each, as well as $500 per term for textbooks and supplies.

“A number of refugees from Afghanistan have arrived in London and are now looking to build a new life in Canada,” said Janice Lamoureux, the college’s dean of students. “We know that access to post-secondary education can open up opportunities and we look forward to welcoming these students to Fanshawe.”

In Atlantic Canada, Mount Allison University is expected to welcome a young woman from Afghanistan to study in New Brunswick this autumn with the financial assistance of World University Services of Canada (WUSC), the university, and Mount Allison students.

“In 2021, WUSC put out a call to university chapters for assistance to support Afghan students affected by the crisis in that country through its student refugee program,” said WUSC volunteer Annie Martel.

“The focus is particularly on women and girls whose educational opportunities are greatly limited under Taliban rule.”

In Ontario, the Afghan Women’s Organization and Immigrant Services, a Toronto non-profit organization, partnered with a local tech company to provide 55 computers, tablets, and cellphones to newcomer families looking to study or work online. Donations of such devices are being accepted at six Ontario drop-off locations.

The IRCC is encouraging Canadians to help Afghan refugees by donating online, volunteering to any of the various support networks, or sponsoring one of these refugees.

“I’m heartened to see Canadians across the country continue to support some of the world’s most vulnerable and I’m proud that our country’s colleges and universities are helping break down financial barriers faced by many Afghan newcomers,” said Fraser.

“Be it language training, skills upgrades, or post-secondary studies, these opportunities will open doors for our new arrivals while helping Canada address our labour shortage and grow the economy.”

Canada, which has had private refugee sponsorship programs since the 1970s with the arrival of the Vietnamese boat people, has inspired many countries around the world to follow suit and implement similar programs.

Ottawa’s open arms to refugees from around the world have made it a world leader in the resettlement of refugees, says the United Nations Refugee Agency.

“Most refugees came to Canada with few, if any, financial resources, and often had to learn a new language and adapt to a new culture,” the United Nations agency has noted.