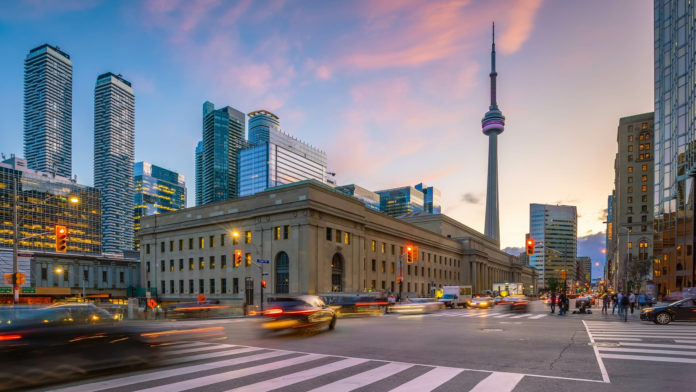 Canada saw employment rise by 418,500 in July as unemployment fell to 10.9 percent, continuing the recovery from the coronavirus crisis.

The July employment rise added to rises of 290,000 and 953,000 jobs in May and June respectively, means employment is now within 1.3 million of the levels seen before COVID-19 struck.

Employment gains in July majored in part-time work, the sector most affected by the pandemic, which saw a jobs increase of 345,000, or 11.3 percent, compared to an increase of 73,000, or 0.5 percent, in full-time work.

Employment rose in nine out of the 10 Canadian provinces, spearheaded by Ontario which added 151,000 jobs in July.

Canada’s most populous province is now at 91.7 percent of its pre-pandemic employment after jobs rose by 378,000 in June.

Ontario has eased restrictions more slowly than other Canadian provinces, with further easing happening at the end of the Labour Force Survey reference period of July 12-18.

Quebec saw employment rise by 98,000 in July to 94.4 percent of pre-pandemic levels, with unemployment dropping to 9.5 percent in the French-speaking province. Increases were all in part-time work.

In Montreal, where restrictions have been eased more slowly, 28,000 jobs were added.

The only Canadian province to record a drop in employment was New Brunswick, which lost 1,800 jobs in July. However, employment in the Atlantic province is at 96.6 percent of pre-pandemic levels, the most complete employment recovery of all the provinces so far.

Canada’s Hospitality Sector Struggling For Staff Due To Shortage Of Generation...