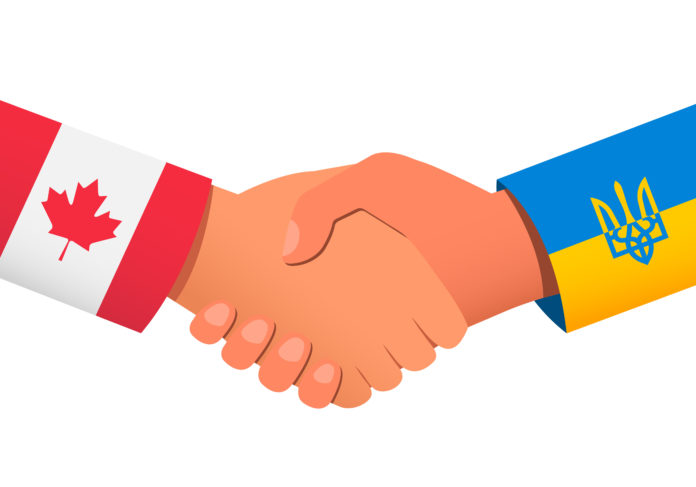 In a joint news conference in Warsaw with Polish President Andrzej Duda on Thursday, the Canadian prime minister announced Ottawa will also provide more humanitarian aid in response to Russia’s invasion of Ukraine.

“Two million Ukrainians have fled their homes. It is a refugee crisis across this region,” said Trudeau.

“Even, as we see here today in Poland, people opening up their homes, I want you to know that Canada is here to help.”

Ukrainians Coming To Canada Will Want To Return To Homeland Post-War: Fraser
Saskatchewan Reaches Out To Ukrainians With PNP Canada Immigration Draw
Unlimited Numbers Of Ukrainians Fleeing War With Russia Can Come To Canada

In addition to fast-tracking applications of Ukrainian refugees to Immigration, Refugees and Citizenship Canada (IRCC), Canada is also vowing to triple the amount it will spend to match individual Canadians’ donations to the Canadian Red Cross’ Ukraine Humanitarian Crisis Appeal.

That means Canada is now pledging up to $30 million, up from $10 million.

Trudeau also took aim at Russian President Vladimir Putin during the press conference. The Russian leader declared war on Ukraine on Feb. 24 and then quickly invaded, triggering the mass exodus of millions of Ukrainians who are fleeing for their lives amid a rising number of civilian casualties.

“It is very clear that he has made the choice to specifically target civilians now,” he said. “Canada has joined the largest referral to the international criminal court in history and offered assistance to expedite this work. The world will continue to make Putin accountable for his war crimes.”

Trudeau’s week-long trip to Europe also included stops in the United Kingdom, Latvia, and Germany. His meetings with other world leaders focused on the global response to the Russia-Ukraine crisis.

The Canadian prime minister’s pledge to invest more to help Ukrainian refugees comes in the wake of Immigration Minister Sean Fraser announcement earlier this month that Canada will accept an unlimited number of Ukrainian refugees.

That Canada-Ukraine Authorization for Emergency Travel pathway is expected to be open starting roughly March 17.

The Russia-Ukraine war is the biggest assault on a European state since the Second World War.

“I am inspired by the courage Ukrainians have displayed as they uphold the democratic ideals that we cherish in Canada,” said Fraser earlier this month.

Ukrainian Refugees Can Comes To Canada In Unlimited Numbers

Until that pathway comes into effect the IRCC is encouraging Ukrainians to apply through all programs and reassuring them that theirs will be the first ones processed.