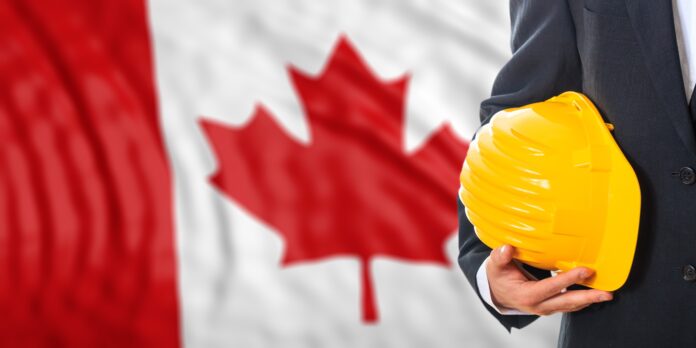 Canada immigration news: Many Canadian employers, particularly those in the healthcare and social assistance sectors, are scrambling to find employees amid a record-setting number of available jobs and too few workers, reports Statistics Canada.

“Job vacancies climbed to 957,500 in the first quarter, the highest quarterly number on record,” notes the demographic and statistical services agency in report released June 21.

Canada’s job vacancy rate is the number of vacant jobs as a proportion of all demand for labour, including both filled and vacant jobs.

In the first quarter of this year, that rate hit 5.6 per cent.

Since then, the rate has continued to grow but at a slower rate as more Canadian workers return to their jobs or find new ones.

A big driver of the rise in the job vacancy rate is the massive demand for healthcare and social assistance workers in Canada due to the pandemic.

The number of jobs for nurse aides, orderlies, and patient service associates rose by 21,900 and the country is looking for 22,900 more registered nurses and registered psychiatric nurses. Job vacancies for licensed practical nurses are up 166 per cent and accounted for two-thirds of the overall vacancies in health occupations in the first quarter.

Healthcare, Manufacturing, Construction And Retail Sectors All Scrounging For Workers

There are also a lot of jobs going begging in the construction industry as it enters its busiest time of the year.

“Compared with the first quarter of 2020, the large increases in vacancies in the construction sector in the first quarter of 2022 were spread across many occupations, including construction trades helpers and labourers, where the job vacancies jumped by 97 per cent with 8,800 new jobs, and carpenters, which increased by 149.1 per cent or 6,600 jobs.”

In the manufacturing sector, the number of available jobs peaked at 87,400 in the first quarter of this year, rising by 5.3 per cent, or 4,400 jobs, from the previous record in the last three months of 2021. The biggest increases in new jobs in that sector were in food manufacturing and fabricated metal products.

“Employers in the professional, scientific and technical services sector were looking to fill a total of 68,800 vacant positions in the first quarter, little changed from the record high reached in the fourth quarter of 2021,” notes Statistics Canada.

As Canadian workers return to their jobs – or take up new ones – the pool of labour within the country available for employers is rapidly drying up.

At the national level, the unemployment to job vacancy ratio was 1.3 in the first quarter, down from 2.2 in the same quarter of 2020, according to the latest Labour Force Survey.

Two out of every five business owners in Canada are now expecting to have trouble recruiting skilled employees and roughly a third of all businesses are expressing doubts about being able to retain the skilled employees they already have.

Many employers are trying to sweeten the pot by upping the wages offered to workers for vacant jobs.

But while the wages being offered were up 2.5 per cent in the first quarter of this year compared to the same period in 2021, the Consumer Price Index was up even more, 5.8 per cent. Despite the salary increases, wages are no longer keeping up with inflation.

Workers enjoying the biggest bump in their paycheques in the first quarter of this year were those in the wholesale trade sector, whose year-over-year wages rose 9.4 per cent, in transportation and warehouse, who saw pay hikes of eight per cent, and the construction and manufacturing industries where wages rose 6.6 per cent.

Salary increases were lower than the rate of inflation in the healthcare and social assistance sector, utilities and educational services, all sectors where workers are employed by the government and are typically tied to multi-year labour agreements.

Labour Shortages A Boon For Those Hoping To Immigrate To Canada