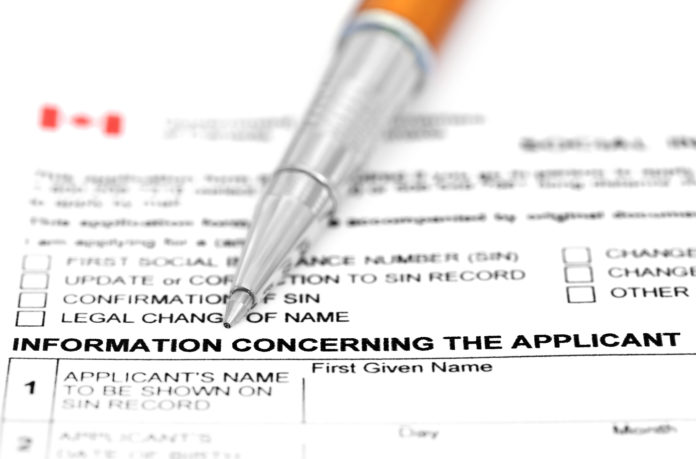 Canada immigration news: Canada is almost tripling its use of an advanced data analytics system to help immigration officials speed up the processing of temporary resident visa applications.

The move comes as Immigration, Refugees and Citizenship Canada (IRCC) is coming under fire in the media for a temporary pause in accepting applications due to a huge backlog.

“The massive backlog the Liberal government has created at Immigration, Refugees and Citizenship Canada is not only hurting hard-working newcomers, families, immigrants and business owners, it also threatens billions of dollars of much-needed economic growth in Canada,” tweeted Member of Parliament Jasraj Singh Hallan, the Conservative Party’s immigration critic, on Tuesday.

Canada’s immigration department has already been using this advanced data analytics since 2018 to speed up its processing by 87 per cent of more than one million Temporary Resident Visa (TRC) applications from countries that are typically sources of a high numbers of these applications.

Those figures would mean IRCC officials are processing more than 250,000 TRV applications per year using this system already.

Expanding Use Of Advanced Data Analytics To Speed Up Processing

But that’s less than half of all applications received by IRCC every year.

These 706,475 permits for temporary residents are almost three times the number the IRCC has been processing using the advanced data analytics program. And that does not even include any permit applications that might have been refused by immigration officials.

Now, all temporary resident visa applications from outside Canada are going to be sorted using this computer software.

“The analytics system helps to accelerate IRCC’s work by identifying routine applications for streamlined processing, such as those from certain clients who have been previously approved to visit Canada in the past 10 years,” states the IRCC on its website.

“It can also create efficiencies by sorting and triaging non-routine applications to officers based on their level of complexity.”

The computer software is not an artificially-intelligent system that actually makes decisions about these applications – or even recommends certain courses of action.

“When the advanced data analytics system finds a routine application, it can determine that an applicant is eligible, but will never refuse an application,” states the IRCC. “It will always send the file to an officer to determine if the applicant is admissible to Canada and make the final decision.”

Immigration officials in Canada are trying to develop and deploy data-driven solutions as part of the IRCC’s commitment to comply with the Treasury Board Directive on Automated Decision-Making.

As part of that directive, the IRCC has completed an algorithmic impact assessment to gauge the analytical models used to triage these TRV applications.

That assessment looked at the possible risks of this automation, including a review for potential discriminatory impacts, privacy and security elements built into the system, and the ability of officers to overturn an eligibility determination.

Canada welcomes more than 400,000 students from foreign jurisdictions each year.

Most of those foreign nationals must apply for a study permit which allows them to study in Canada at an approved institute for the duration of the specified course or program.

Study permit to go to school in Canada are not necessary when:

Foreign nationals who want to study in Canada must:

While in Canada as a student, foreign nationals may be able to work in Canada during the course of study under the following categories:

PGWP Allows Foreign Nationals To Work In Canada On Graduation

In addition to this, spouses or common-law partners of foreign students are eligible for a work permit for the duration as the study permit.

Upon graduation, a foreign student may apply for a work permit under the Post-Graduation Work Permit Program (PGWP). Under this program, the work permit may be issued for the length of the study program, up to a maximum of three years.

Under the IMP, foreign nationals can be eligible to work in Canada if they are:

Children Of Canada Immigrants More Likely To Go To University, Get...