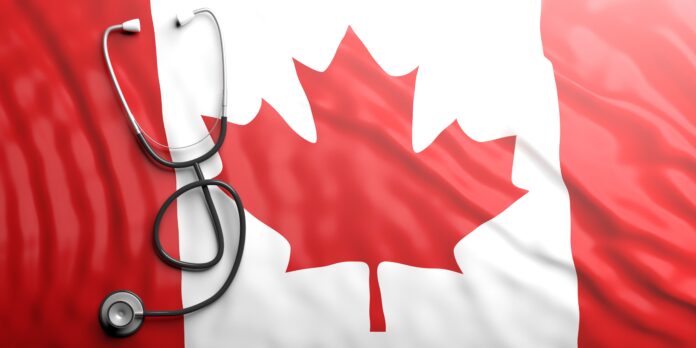 A change to the Express Entry system aimed at allowing more doctors to become permanent residents has been announced by Canada’s immigration minister.

The change introduces an important exemption for physicians who were previously seen as self-employed and therefore could not qualify for Express Entry.

The move is designed to help doctors already in Canada and working on a temporary basis to make the transition to permanent residence.

Immigration Minister Sean Fraser made the announcement in Nova Scotia on Friday.

“In my home province in particular, foreign-born physicians have been helping to keep families healthy and to take care of our aging population,” he said.

“Their skills are critical resources in our community, and it does not take long before they become our neighbours, friends, and fellow community leaders.

He added: “The measures announced today signal to these physicians that we want them to stay, by making it easier for them to choose Canada as their permanent home.”

What Is The Change Being Made To Express Entry?

These programs are the Federal Skilled Worker Program and the Canadian Experience Class.

Fraser announced on Friday that physicians are to be exempt from current requirements, giving them access to Canada’s permanent residence programs.

How Many Health Workers Come To Canada?

In 2022, Canada has received over 8,600 temporary and permanent resident applications from foreign nationals intending to work in the health sector.

Since 2015, over 22,400 people, including 3,600 physicians and 8,600 nurses, became permanent residents through Express Entry and the Provincial Nominee Program.

As of June 2022, some 4,300 permanent residents have been admitted under the health care streams of the one-off Temporary Residence to Permanent Residence Pathway.

Express Entry reform is one of the pillars of Fraser’s plan for improving access to permanent residence for those already in Canada on a temporary basis.

Only this week he presented an overview of his approach to parliament.

Canada is set to begin occupation-specific invitations through Express Entry in early 2023.

This follows many of the provinces, which have been conducting such draws for several years.

The changes were made through an update to the Immigration and Refugee Protection Act, allowing “the minister to respond to labour market needs and regional economic priorities, as well as to increase Francophone immigration by selecting more candidates with specific attributes, such as in-Canada experience”, IRCC previously said in a publication supporting Fraser’s announcement on Tuesday.

Express Entry’s Comprehensive Ranking System (CRS) is to be reviewed with a focus on points for Canadian work experience and education, language skills and job offers.

IRCC called these changes “the foundation for the next version of Express Entry”.