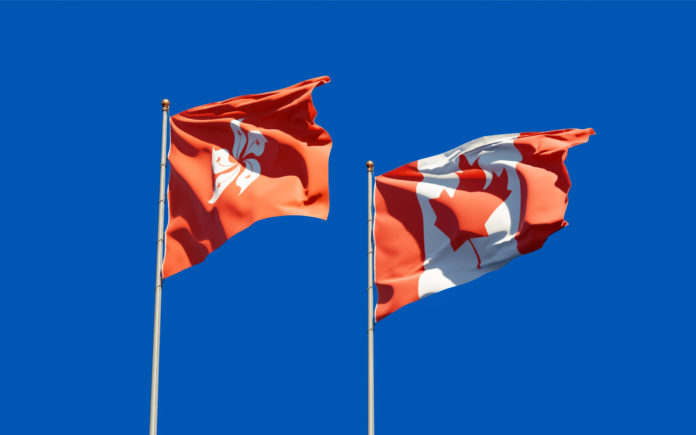 Hong Kong is now so dangerous for pro-democracy activists that Canada should put in several new immigration measures to help foreign nationals from the former British protectorate gain permanent residency or otherwise work in Canada, states a report.

“In response to the increasingly dangerous situation in Hong Kong, Immigration, Refugees and Citizenship Canada (should) create an open work permit, aimed at Hong Kong foreign nationals, with moderate language and education requirements,” wrote the authors of the report of the House of Commons’ standing committee on citizenship and immigration.

That report, the result of eight months of consultations by the committee, puts forth 38 recommendations on how Ottawa can improve Canada’s response to the Covid-19 pandemic and its impacts on immigration.

Hong Kong was clearly a high priority topic for the standing committee, with five or more than 13 per cent of its recommendations, suggesting changes Canada can make to help foreign nationals living there and subject to China’s anti-democracy crackdown.

These are one-time, open work permits issued for periods from eight months to three years depending on the length of the program of study. Canadian work experience gained in skilled occupational categories can then be used by these grads to apply for permanent residency through the Canadian Experience Class of the Express Entry program, which requires one year of skilled work experience in Canada.

Many of those who addressed the standing committee said Covid-19 job losses have put many of the grads with PGWPs in a tight spot, leaving them unable to get one year of work experience before the expiry of their permits.

A five-year PGWP would give those grads more time, allowing them to gain more work experience so they can apply for permanent residency under the Express Entry program.

The standing committee also recommends Canada give pro-democracy activists a break and let them come to Canada as refugees seeking asylum.

“(The IRCC should) implement a temporary public policy to address Hong Kong refugee claims and grant asylum to pro-democracy activists within Hong Kong, using initiatives such as Rainbow Railroad as a model in order to discreetly identify and support asylum seekers,” states the report.

During the eight months that ended in May this year, the House of Commons’ standing committee on citizenship and immigration studied Ottawa’s response to the Covid-19 pandemic and its impact on immigration to Canada.

“IRCC quickly trained and equipped staff – including operations staff – to work from home. It created an electronic signature tool to allow employees to continue to work with settlement services and newcomers,” they noted. “It simplified application streams and digitized many files to make processing easier. It also moved to virtual platforms for citizenship ceremonies, citizenship tests, and landing processes for permanent residence applicants already in Canada.

Canada’s immigration department even changed its policy to allow landing and asylum claims via e-mail and to permit international students to start their studies remotely while in Canada. Ottawa also moved to allow remote hearings and appeals.

Despite all those improvements, those who appeared before the standing committee described a system that is still unwieldy for those applicants trying to get details of the decisions made by IRCC officials and even more cumbersome when it comes to appealing decisions.

Their bottom line: Create an Office of the Immigration Ombudsman.

“Witnesses emphasized that such an office could address status checks, disputes or errors in visa officer decisions, persistent processing errors and delays in certain classes of applications and overall oversight of IRCC and Canada Border Services Agency (CBSA) issues,” wrote the authors of the report.

The idea is to save applicants the cost of having to go to court.

Other people who appeared before the standing committee suggested Ottawa should also develop a high-tech way for immigration lawyers to more easily communicate with visa officers.

Guillaume Cliche-Rivard, president of a Quebec association of immigration lawyers, the Association québécoise des avocats et avocates en droit de l’immigration, went so far as to tell the committee visa officers should release the full reasoning behind their decisions to applicants, not just standard forms in which boxes are checked off.

“Officials make errors and misunderstand policy, even within IRCC. Several witnesses told the committee that errors by IRCC staff and visa officials are often difficult to get fixed,” wrote the authors of the report.

Every Way You Can Immigrate To Canada In 2023