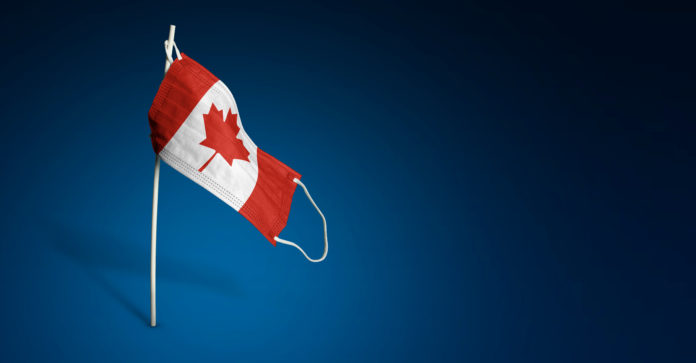 The number of arrivals, although greater than the same period of 2020, is the lowest monthly total of 2021. Since welcoming 24,675 newcomers in January, numbers have fallen every month. 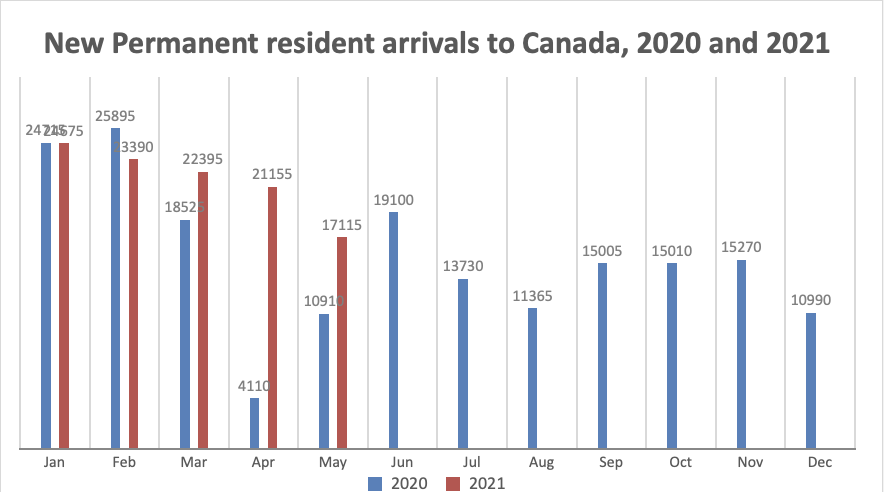 The initial step was the removal of the 14-day quarantine for fully vaccinated citizens, permanent residents, plus others allowed to travel, including work permit holders.

Canada is also now allowing in holders of Confirmation of Permanent Residence (COPR) documents issued after March 20, 2020, opening up another source of thousands of new immigrants.

Ottawa is clearly expecting a major increase in the rest of 2021, boosted by the new pathway the permanent residence launched in May, through which it expects to receive 90,000 applications from international graduates, healthcare workers and other essential workers.

Meanwhile, Immigration, Refugees and Citizenship Canada (IRCC) has also significantly increased the numbers of Invitations to Apply being issued through Express Entry, with two consecutive record quarters in which more than 40,000 ITAs were given out.

British Columbia: COVID-19 Causes Drop In Number of Immigrant Sales and Service Workers
How Canada Immigration Responded To COVID-19 In The First Half of 2021
COVID-19: Quarantine Requirement To End For Fully Vaccinated International Students

Strict COVID-19 restrictions on non-essential international travel imposed by Ottawa since March 2020 dramatically cut the number of newcomers by almost half last year, to 184,370 from 341,175 in 2019.

Despite the restrictions still being in place, Canada has once again displayed its ability to pivot its immigration policies to attract newcomers to help foster economic recovery as the coronavirus crisis abates.

All travellers coming to Canada by air for non-essential reasons need to stay in government-designated hotels for three days at their own costs after getting a COVID-19 test.

Ottawa recently extended its restrictions on international travel to Canada and the Canada-U.S. border until July 21. It remains to be seen whether the restrictions will be extended by a further month.

Canada’s vaccine campaign has been successful in driving down COVID-19 case numbers, with officials emphasizing the importance of the second dose.

However, with other countries with high vaccination numbers still struggling with increasing case numbers due to COVID-19 variants, it remains to be seen whether the same problem will affect Canada.

Saturday May 15 An Important Canada Study Permit Deadline For International...

Free COVID-19 Vaccine For Anyone Living In Quebec Aged 12 or...