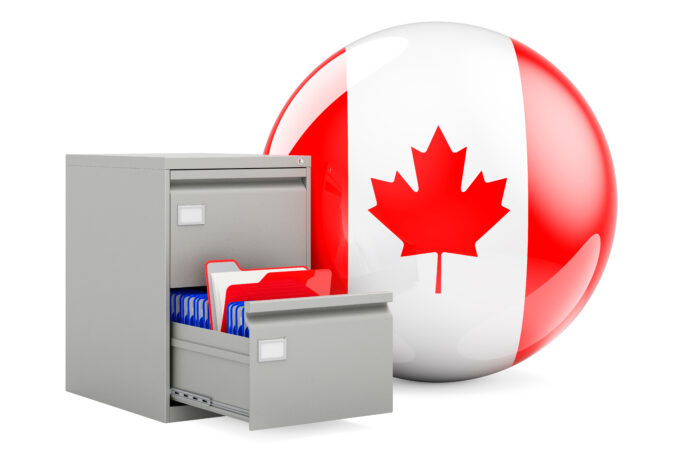 A hiring blitz at Immigration, Refugees and Citizenship Canada (IRCC) is barely making a dent in the department’s inventory of applications for permanent and temporary residency and citizenship.

At the end of the first week of June this year, there was a backlog of roughly 2.39 million applications at the IRCC.

Fast forward four months and the IRCC’s backlog of applications is even higher at more than 2.5 million.

That’s despite a hiring blitz announced about a month ago to bring on 1,250 more employees at the immigration department this fall and several measures announced in late April to help Canadian employers deal with the challenge of finding employees amid a severe labour shortage.

In late April, the IRCC announced:

Despite those changes, the backlog at the IRCC initially only grew over the summer as the immigration department was flooded with a record level of applications.

By mid-July, the IRCC was staring down more than 2.6 million applications.

Since then, the department has made some headway. Applications at the IRCC have since fallen by almost 4.3 per cent, or 112,432 applications.

The latest drop in the IRCC’s inventory of applications comes as immigration to Canada shows every sign of setting a new record again this year.

Based on the trend in the first eight months of this year, Canada is poised to welcome 463,860 new permanent residents by the end of this year, or almost 7.5 per cent more than the 431,645 targets in the Immigration Levels Plan for 2022.

Applications Are Being Processed Faster But There Record Numbers Of Them

Under pressure to deal with the backlog, the IRCC made a distinction between the number of applications it has in its inventories and applications which have taken longer to process than allowed under service standards.

In her response to Immigration.ca, Dubois pointed out that although the total number of applications in the department’s inventory was nudging back up again in the first few weeks of October, applications are being processed faster.

The number of applications the IRCC defines as backlog is going down.

“The percentage of applications in backlog has remained consistent for permanent residence at 53 per cent, and decreased for temporary residence from 59 to 54 per cent and citizenship grants from 35 to 31 per cent,” wrote Dubois.

“This means that we are well on our way to meeting our goals to reduce overall backlogs and process 80 per cent of new applications within service standards – and we will continue to do what it takes to get there.”

Applications For Privately-Sponsored Refugees Fell By 6.9%

A big chunk of the drop in permanent residency applications, 57.3 per cent of that reduction in applications in that category, is due to a decrease of 4,905 privately-sponsored refugee applications, a drop of 6.9 per cent from the 71,076 in mid-July.

Under the economic programs, the IRCC had 9,484 fewer applications in its inventory at the start of October than it did in mid-July as the number of those applications fell almost 4.5 per cent from 211,903 to 202,419.

The biggest change in that category of programs during that period was the reduction of 7,100 applications under the Express Entry Federal Skilled Worker (FSW) program, a cut of 39.1 per cent from the 18,127 applications in July to 11,027 in early October.

During that same period, the number of applications in the IRCC inventory for the Atlantic Immigration Pilot (AIP) was cut almost exactly in half as the federal government transitioned away from the pilot towards the permanent version of that program.

Applications in the IRCC inventory for the Quebec Skilled Worker program dropped by 3,626 during that period and applications under the one-time TR-to-PR pathway were down by a comparable amount, 3,966.

Temporary residence applications in the IRCC’s inventory fell by just under four percent, or 68,474 applications, from July through to October.

That result is largely attributable to the reduction of 62,748 study permit applications and another drop of 4,109 study permit extension applications during that period, for a total of 66,857 student-related applications, as the school year got underway.

Permanent Residence Applications as of Oct. 3, 2022

Temporary Residence Applications as of Oct. 3, 2022