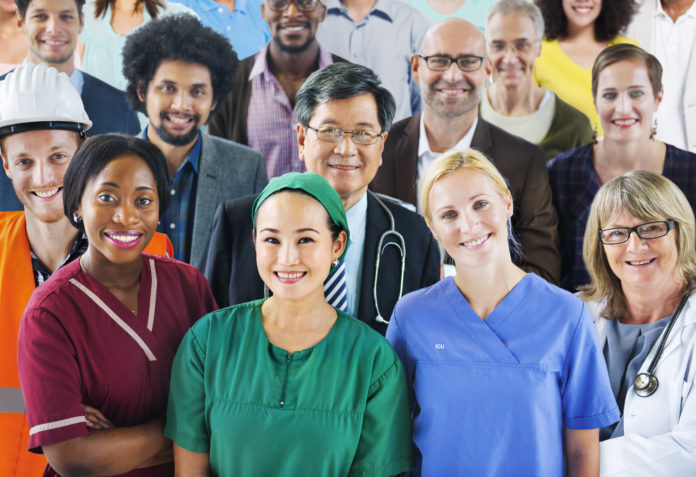 As Canada’s economy roars back to life in the wake of the COVID-19 pandemic, healthcare and construction jobs are booming and providing new opportunities for those who want to immigrate here.

“The job vacancy rate, which represents vacant positions as a proportion of all positions – both vacant and occupied – increased 0.5 percentage points to 3.6 per cent in the first quarter of 2021, the highest rate since comparable data became available in 2015.”

Due to the vagaries of the public health restrictions required by the COVID-19 pandemic, that boost in the job vacancy rate came as a result of both an increase in the number of available jobs and a drop in employment.

The big winners in this economic rebound in Canada are those who want to immigrate to Canada for jobs in the healthcare sector.

“The healthcare and social assistance sector experienced a larger year-over-year increase in job vacancies than all other sectors (in the first quarter of this year),” reported Statistics Canada.

“Total vacancies in the sector rose by 27,700, up 39 per cent, to 98,700, with the increase spread across all subsectors, led by hospitals and by nursing and residential care facilities.”

Nurses The Most In-Demand Health Occupation

The number of job vacancies for registered nurses and registered psychiatric nurses rose by 7,200 during the first quarter of the year compared to the same period in 2020.

During the comparable time frame, jobs for nurse aides, orderlies and patient service associates were up by 5,400. There were also 4,000 more job vacancies for licensed practical nurses in that quarter than during the same period last year.

“Of all vacancies for registered nurses and registered psychiatric nurses, almost one-half of positions, or 49.4 per cent, had been vacant for 90 days or more,” reported Statistics Canada.

Canada’s employment website, Jobbank, is forecasting a labour shortage of 36,500 nurses in Canada by the year 2028.

The construction industry in Canada is also crying out for more skilled workers.

“Vacancies in the construction sector rose by 11,500, up 33.1 per cent, to 46,400 in the first quarter of 2021, the highest number of vacancies for this sector since comparable data became available in 2015,” reported Statistics Canada.

“A large portion of the increase in vacancies in the construction sector during this period was for carpenters, up by 2,300 jobs, and construction trades helpers and labourers, up by 2,000,” reported Statistics Canada. “Both of these occupations were among the 10 with the largest year-over-year increases in vacancies.”

The demand for construction workers in Canada is so great that more than a third of construction firms are having trouble taking on new business due to the lack of skilled labour.

The problem is worst in the francophone province of Quebec.

“Compared with the first quarter of 2020, Quebec was the largest contributor to the increase in vacancies in construction, which were up by 3,700,” reported Statistics Canada.

The number of new building permits in Quebec is far outpacing that for the rest of the country.

But it’s not just nurses and construction workers that Canada needs right now.

“The number of vacancies (for these occupations) reached a record high of 47,800 in the first quarter of 2021, up 5,200, or 12.3 per cent, from one year earlier,” reports Statistics Canada. “Vacancies for computer and information systems professionals, many of whom are typically in the professional, scientific and technical services sector, increased by 2,100, up 11.1 per cent.”