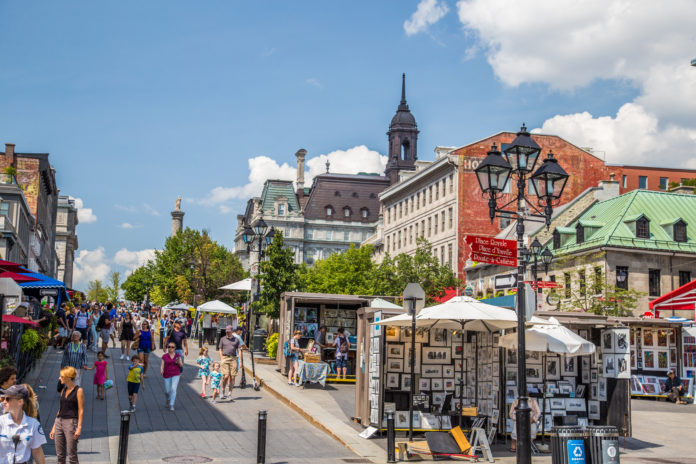 Canada is now considered to be the best country in the world, according to a survey by U.S. News & World Report.

“The North American country ranked first in both the quality of life and social purpose sub-rankings, meaning that it is seen as a stable and safe society in which individuals can develop and prosper, and is open, fair and equitable,” reported journalist Elliott Davis for the media outlet yesterday.

In previous editions of the annual report, Canada placed second or third.

The media organization produced the 2021 U.S. News Best Countries Ranking in partnership with the Wharton School of the University of Pennsylvania and the BAV Group of the VMLY&R marketing communications firm.

The report is based on a survey of more than 17,000 people who gave their perceptions of 78 countries on 76 different metrics. Western European countries tended to rank highest in this latest report but New Zealand and Australia also placed in the top 10 and Japan ranked second.

According to this report, the top 10 countries in the world are:

Among the countries at the bottom of the list the 78 countries, perceived corruption was a big factor in pushing down their rankings.

The lowest-ranked country was Iraq, followed by El Salvador and Serbia.

Canada’s enviable ranking in this report comes on the heels of other surveys and reports that have described it as a very welcoming country for immigrants and the best deal for investors seeking to gain permanent residence.

In a report released in February, the residence and citizenship planning firm of Henley & Partners and the deep tech analytics company Deep Knowledge Analytics crunched the numbers and showed Canada is the best place for investors to get permanent residence during the COVID-19 pandemic.

The country has also moved up in the rankings of the friendliest places on Earth for immigrants, an international think-tank’s report revealed late last year.

“Canada, along with New Zealand, is taking the place of previous top-ranking countries such as Australia, the UK and the United States, which all go down in the Migration Integration Policy Index (MIPEX) rankings this round under pressure from populist political forces.”

The MIPEX’s international scorecard ranked the policy performance of 52 countries from five continents. In 2020, Canada received a high score of 80, placing it fourth in the world for its comprehensive, immigrant-friendly policies that emphasize equal rights, opportunities and security for newcomers.

“The MIPEX scores allow us to gauge how well our policies support or hinder newcomers on their path to settle into Canadian society,” said Anna Triandafyllidou, the Canada Excellence Research Chair in Migration and Integration at Ryerson University.

“The index helps us compare our performance over time and identify where we have room for improvement or the potential to learn from other countries.”

According to the international think-tank, Canada’s greatest strength is in its anti-discrimination policies. It received a top score because of its world-leading laws and policies, including the Canadian Charter of Rights and Freedoms and its national policies on multiculturalism.

How Canada Plans to Use Immigration to Spark Coronavirus Economic Recovery