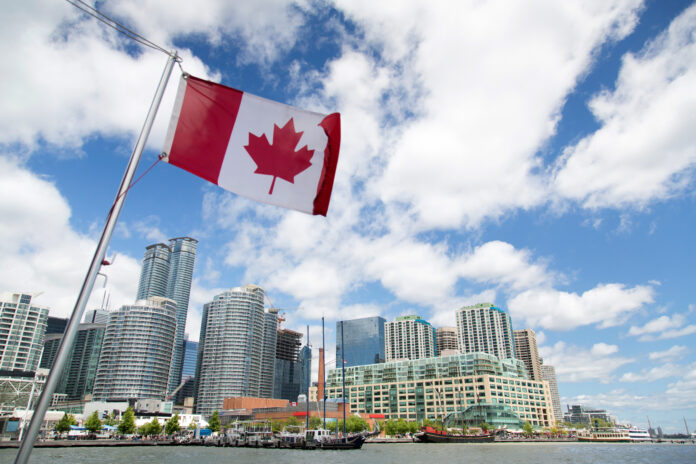 The U.S. News & World Report has ranked Canada as the third best country in the world behind only Switzerland and Germany, and beating the U.S.

“The rankings report is based on how global perceptions define countries in terms of a number of qualitative characteristics – impressions that have the potential to drive trade, travel and investment, and directly affect national economies,” said U.S. News.

The countries were also given 10 sub rankings for their:

“Canada is a high-tech industrial society with a high standard of living. Trade agreements in the 1980s and 1990s dramatically bolstered trade with the U.S., and now the two counties are each other’s largest trading partner,” said the report.

“While the service sector is Canada’s biggest economic driver, the country is a significant exporter of energy, food and minerals. Canada ranks third in the world in proven oil reserves and is the world’s fourth-largest oil producer.”

The report commends Canada for its commitment to multiculturalism and its long list of accomplished writers and artists, its system of government, and its participation in United Nations peacekeeping missions throughout the world.

Canada snagged an overall score of 97.8 in the rankings with high marks for its agility, quality of life and social purpose and openness to business but scored badly in terms of its perceived unpreparedness to weather the coming challenges posed by the global economy.

The rankings also revealed a rather ho-hum view of Canada’s heritage which only got a score of 39.9 and the country’s perceived power which was given a score of a paltry 43.3.

In other recent rankings, Canada has regularly come out near the top for the quality of its universities and the livability of its cities.

Earlier this year, three Canadian cities – Calgary, Vancouver and Toronto – were deemed to be among the top 10 most liveable cities in the world by The Economist Intelligence Unit (EIU).

Calgary, Vancouver And Toronto Among The Top 10 Most Livable Cities In The World

“The top 10 of our rankings remains dominated by western European cities, along with several from Canada,” said the EIU. “In second place, behind Vienna, is Copenhagen, while Calgary has jumped from 18th (owing to the removal of COVID-19 restrictions) to join Zurich in joint third.”

Mid-sized cities – in contrast to the mega-metropolises – in wealthy counties fared very well in the survey of 173 cities throughout the world dubbed The Global Liveability Index 2022: Recovery and Hardship.

“The top 10 cities are also among those with few COVID-19 restrictions,” said the report. “Shops, restaurants and museums have reopened, as have schools, and pandemic-led hospitalisation has declined, leading to less stress on healthcare resources and services, and even the requirement to wear masks is no longer in force in most situations.

“As a result, cities that were towards the top of our rankings before the pandemic have rebounded on the back of their stability, good infrastructure and services, as well as enjoyable leisure activities.”

Toronto And British Columbia Among The World’s 50 Best Universities

In its annual QS Top Universities ranking, the organization also placed the University of Calgary and Simon Fraser University, in Vancouver, among the top quarter of universities in the world.

And in terms of immigration, the Anholt-Ipsos Nation Brands Index (NBI) ranked Canada last year as the top country in the world for its immigration practices and investment climate.

“First place rankings on the governance, people, and immigration and investment indices, as well as relatively steady rankings on exports, tourism, and culture contributed to Canada’s record ranking in 2021,” said the report by Ipsos, the world’s third largest Insights and analytics company.

A key strategy in Canada’s plan to recover economically in the wake of the COVID-19 pandemic is immigration.

Immigrate To Canada As A Nurse: All You Need To Know