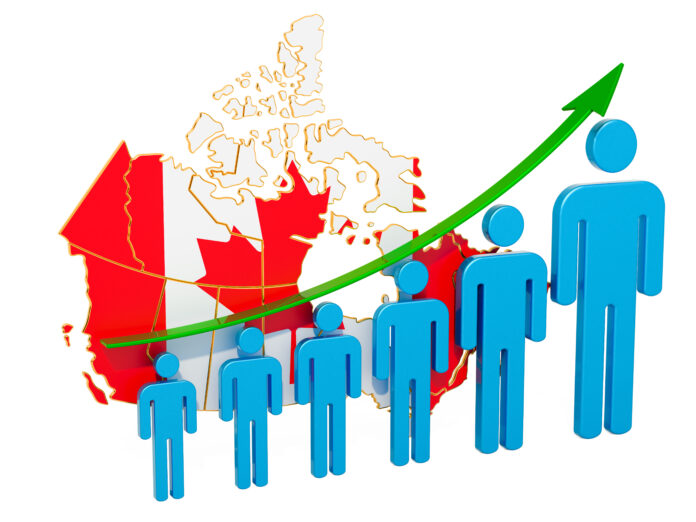 The skyrocketing levels of immigration this year through to the end of June are even higher than those before the start of the COVID-19 global pandemic.

In 2019, the last full year before the pandemic, there were only 160,235 new permanent residents in Canada in the first six months.

That means immigration to Canada in the first half of this year was up 45.5 per cent over the comparable period in the last year before COVID-19 struck and border closures and public health restrictions came into effect.

The latest Immigration, Refugees and Citizenship Canada (IRCC) data shows the trend started in the first half of this year could, if continued throughout the rest of 2022, result in 463,250 new permanent residents to Canada this year.

That would put immigration to Canada for 2022 up almost 14.1 per cent over the 406,025 new permanent residents last year – and more than 7.3 per cent higher than even Ottawa’s ambitious immigration target for this year.

The projected level of immigration based on the current trend would easily eclipse all of those gradually-increasing targets for those three years.

Despite the current breakneck pace of immigration to Canada, provincial politicians and business leaders insist more needs to be done to allow foreign nationals to come here to fill jobs begging for a want of qualified workers to fill them.

In the past month, provincial politicians have called on Ottawa to up their allocations under the Provincial Nominee Programs (PNP) so businesses can hire more immigrants.

“That’s why we’re calling on the federal government for a better deal.”

The immigration minister of Canada’s most populous province met with his counterparts from other provinces and territories to discuss the future of the country’s immigration system in Saint John, New Brunswick in late July.

Statistics Canada’s reported unemployment rate – a record low of 4.9 per cent for the second consecutive month – confirms the tightness of the Canadian labour market.

In a report released in June, dubbed Canada’s Immigration Advantage: A Survey of Major Employers, the Business Council of Canada highlighted the serious lack of qualified workers to fill jobs in Canada.

The surge in the arrival of permanent residents to Canada, though, is only part of the picture.

The country has also seen an explosion in the number of applications for temporary visas, including for temporary workers, international students, and Ukrainians fleeing their war-torn country through the Canada-Ukraine Authorization for Emergency Travel (CUAET) which was launched on March 17.

IRCC officials revealed in mid-July the backlog of those temporary visa applications had swollen to more than 1.72 million, including almost 904,000 temporary resident visas.

By then, IRCC officials were struggling to process a growing pile of applications which had hit 2.62 million.

Provincial politicians, though, insist even the current, record-breaking level of immigration is not enough to resolve the country’s labour shortages.