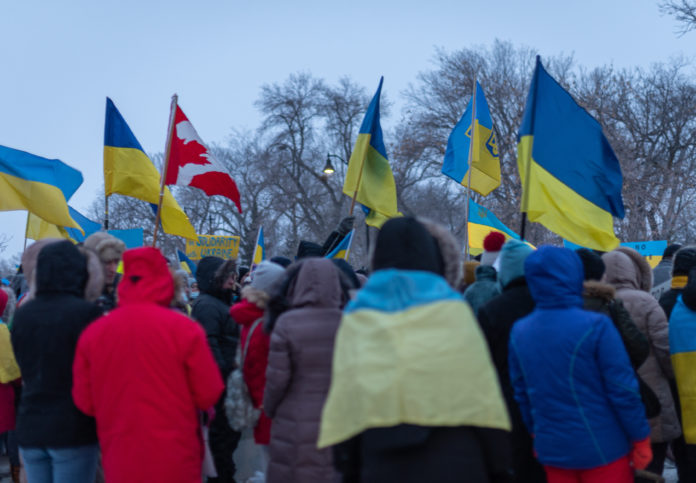 “With this new program, those fleeing (Russian President) Vladimir Putin’s war in Ukraine will be able to stay in Canada for up to three years and are eligible for free open work and study permits,” tweeted Fraser on Thursday.

Canada is upping its immigration application processing capacity in Europe and has sent mobile biometrics kits to Warsaw, Vienna and Bucharest to take the fingerprints and portrait photos of prospective Ukrainian refugees in its bid to ensure proper security precautions are taken ahead of the anticipated surge in applications.

Ottawa has already welcomed about 8,500 Ukrainians since the start of the year, including many people who applied to come to Canada before Putin declared war on Ukraine on Feb. 24 and then quickly invaded the country

With the new pathway for Ukrainian refugees starting to take applications on Thursday, Canadian businesses and employers can now add jobs for Ukrainians on Canada’s online job bank.

“We are working with partners, including provinces and territories, the business community, the Ukrainian-Canadian community, and settlement organizations on how best to support Ukrainians,” tweeted Fraser.

“We stand with Ukraine and will offer safe harbour for those who want to come to Canada.”

Canada has vowed to accept an unlimited number of Ukrainian refugees – and could see a massive influx of newcomers.

3 Million Ukrainians Have Fled Their Homes

“Today we have passed another terrible milestone: three million refugees have fled from Ukraine,” tweeted Filippo Grandhi, the United Nations’ high commissioner for refugees, on Tuesday.

But even as both Russia and Ukraine expressed optimism over the progress of diplomatic talks this week, a Russian airstrike destroyed a theatre being used as a shelter by hundreds of Ukrainians. Russian forces also reportedly rained fire on other Ukrainian cities Wednesday.

The Russia-Ukraine war is the biggest assault on a European state since the Second World War.

“I am inspired by the courage Ukrainians have displayed as they uphold the democratic ideals that we cherish in Canada,” said Fraser earlier this month.

Under the Canada-Ukraine Authorization for Emergency Travel, Ukrainians can come to Canada, pending background checks and security screenings, and stay and apply for open work permits, making it easier for employers to quickly hire them.

Ukrainians Already In Canada Can Extend Their Stay

Canadian immigration announced last month that any Ukrainian already in Canada on a temporary basis can also apply to extend his or her status as a visitor, student or worker.

IRCC is also planning to soon put in place a special family reunification sponsorship pathway for permanent residents for the immediate and extended family members of Canadian citizens and permanent residents who may want to start a new life in Canada.