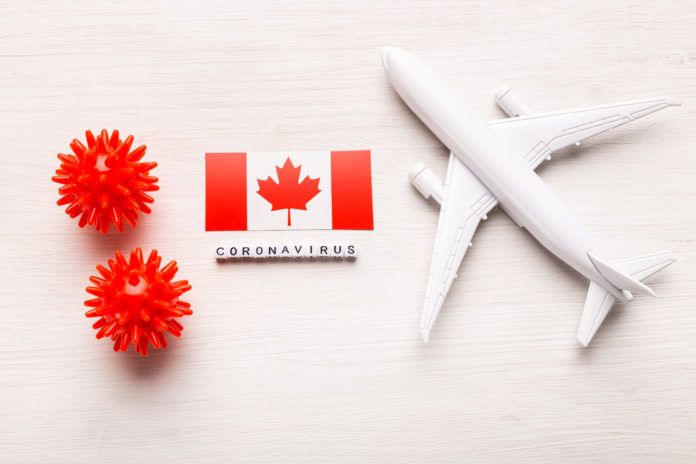 In a move aimed at stopping the spread of COVID-19, Canada has suspended passenger flights from India and Pakistan for 30 days.

It comes after India recorded 314,835 COVID-19 infections on Thursday, the world’s highest daily tally. The Asian nation’s health system is struggling to cope with an out-of-control second wave of the virus.

“By eliminating direct travel from these countries, public health experts will have the time to evaluate the ongoing epidemiology of that region and to reassess the situation,” she said.

Prime Minister Justin Trudeau’s government made the decision to ban arrivals after he was urged to do so by the premiers of both Ontario and Quebec on Thursday.

Flights could be banned from other countries if there was a need to do so, Transport Minister Omar Alghabra added.

Canada recently extended both international travel restrictions and the closure of the border with the U.S. for another month, until May 21, 2021.

The extension means both international and U.S. restrictions have been in place for 14 months after first being imposed in March 2020.

Canada requires that anyone returning to the country quarantine for 14 days.

Travellers arriving in Canada by land from the U.S. also need to provide proof of a negative COVID-19 molecular test result taken within 72 hours or a positive test taken 14 to 90 days prior to arrival.

In addition, travellers entering Canada at the land border require to take a COVID-19 molecular test on arrival as well as toward the end of their 14-day quarantine.

All travellers arriving in Canada by air, with some exceptions, need to take a COVID-19 molecular test when they arrive in Canada and another towards the end of their 14-day quarantine period. They also need to stay in a government-designated hotel for three days at their own cost to await the results of those tests.

Anyone arriving by air from another country for non-essential travel is also required to have gotten a negative COVID-19 test prior to boarding the aircraft in their home country.

Immigration Numbers Recovery At Start Of 2021

The latest federal government figures show 48,025 newcomers were welcomed in the first two months of the year, slightly below the total for the same period of 2020, but significantly higher than any other two-month period during coronavirus restrictions.

However, with Canada welcoming roughly 24,000 new immigrants per month during 2021, it will have to significantly step up the numbers later in the year to meet its annual target of 401,000 newcomers. 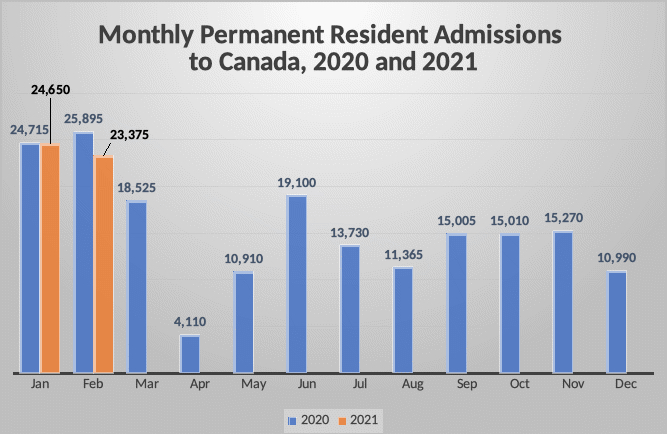 If the current rate was maintained throughout the year, Canada would welcome the region of 288,000 new immigrants in 2021.

The major positive is that January and February are the first time Canada has welcomed more than 20,000 new permanent residents in a month since March 2020.

With significant moves such as issuing 27,332 Invitations to Apply in a single Express Entry draw on February 13, Canada has shown it is up to the challenge of meeting its ambitious targets.

Canada’s strategy is to invite candidates already in the country on a temporary basis.