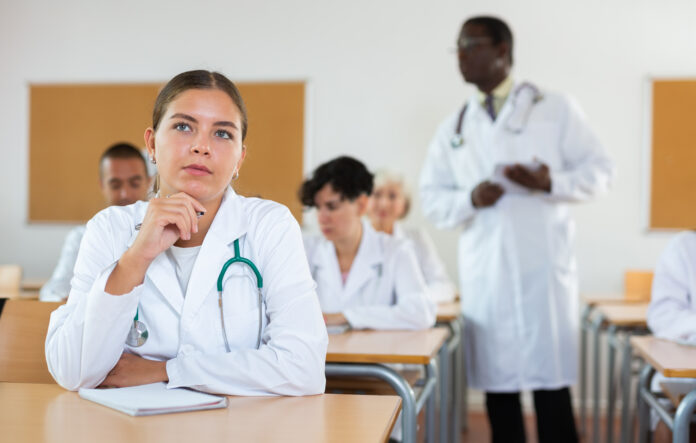 Canada’s workforce is the most educated of any of the G7 countries, thanks in a large part to highly-educated immigrants.

G7 countries include Canada and also France, Germany, Italy, Japan, the UK and the US. The European Union (EU) is also a non-enumerated member.

And Canadian workers are at the top of the heap.

“Canada has a larger share of the population with a college or university credential than any other country in the G7,” reports Statistics Canada. “The share with a bachelor’s degree or higher continues to rise with an influx of highly-educated immigrants and a growing number of young adults completing degrees.”

In a report released on the last day of November, the statistical and demographic services agency underscored the importance of a highly-educated workforce for Canada’s continued economic growth.

“Leveraging these credentials is important as more of the population nears retirement age,” notes Statistics Canada.

“Moreover, Canada faces a labour crunch, with high employment, record-low unemployment and record-high job vacancies. Capitalizing on our highly-educated population is key to ensuring that Canada has enough trained workers to fill the spaces left by retirements.”

During the COVID-19 pandemic, the more highly-educated workers were better equipped to land new jobs when their old ones vanished during the initial round of lockdowns and stringent public health restrictions.

“According to the Labour Force Survey, those with a bachelor’s degree or higher were less likely to feel the initial unemployment shocks in April 2020, and their employment rate recovered faster, regaining pre-pandemic levels by November 2020,” notes Statistics Canada.

“The employment rates of those with lower levels of education largely did not return to pre-pandemic levels until autumn 2021.”

Points-Based CRS Gives An Edge To Immigrants With More Education

One of the reasons so many immigrants to Canada have such a high level of education is the way profiles in the Express Entry pool are ranked through the Comprehensive Ranking System (CRS). The federal government identifies the highest-ranked candidates and issues Invitations to Apply (ITA) for permanent residence.

Under the points-based CRS, applicants are given more points for higher levels of education.

While a high school graduate can get 28 points for his or her education, an applicant with a bachelor’s degree can get 112 points, someone with a masters can get 126, and a PhD graduate can get the maximum 140 points in the education category.

That alone can make the difference between receiving an ITA or missing out.

But there’s a bit more to it than just the points given for the amount of education.

The CRS system also gives out points for Canadian work experience – and international students at Canadian universities and colleges can get that needed work experience to apply for permanent residence with only a study permit.

And many international students in Canada who want to immigrate here get a Post-Graduate Work Permit (PGWP) upon graduation to get even more work experience.

Canadian work experience can add another 70 or 80 points, depending on whether the applicant is immigrating with a spouse or common-law partner or not.

Add to that the extra time in Canada to perfect English and French language skills, which also count towards the CRS score, and it’s clear the Express Entry immigration programs tend to favour international students who graduated and worked in Canada and have picked up solid language skills.

During the five years that ended in 2021, Canada’s working-age population saw a 19.1 per cent bump up in the number of people with at least a bachelor’s degree while those with apprenticeship certificates saw little movement.

That’s a big problem for Canada because many of the industries looking for tradespeople are booming.

“The number of working-age apprenticeship certificate holders has stagnated or fallen in three major trades fields, in construction trades which saw a 0.6 per cent drop, mechanic and repair technologies which fell by 7.8 per cent, and precision production that slumped by 10 per cent, as fewer young workers replace the baby boomers who are retiring,” reports Statistics Canada.

“Job vacancies in some industries related to these trades, such as construction and fabricated metal product manufacturing, reached record highs in 2022.”

As Canadian immigration levels soared to hit a new record in 2021, immigrants comprised almost half of the growth in the share of Canadians with bachelor’s degrees or higher.