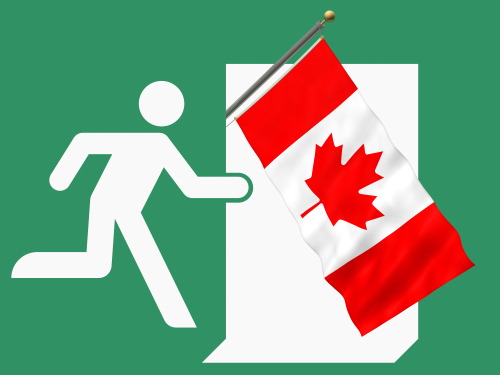 Canada’s federal government is seeking to change the Immigration and Refugee Protection Act to try and stop the flow of asylum seekers who enter from the U.S. at irregular border points.

The proposed change would mean asylum seekers who had previously made a refugee claim in another country could not then make a claim in Canada.

It means that if asylum seekers who arrive in Canada have previously made a refugee claim in the U.S., they would not be eligible to seek asylum in Canada.

The move comes following attempts by the federal government to change the Safe Third Country Agreement in place between Canada and the U.S.

The bilateral agreement means that an asylum seeker has to claim refugee status in the first ‘safe’ country at which they arrive.

However, they are allowed to claim refugee status if they have already made it to Canada, which is why more than 40,000 have crossed at irregular border points as they try to flee Donald Trump’s U.S. immigration crackdown.

Numbers of irregular border crossers have dropped in 2019. After more than 1,000 made the journey in every month of 2018, peaking at 2,560 in April, both January (888) and February (808) saw significantly lower numbers of RCMP interceptions. 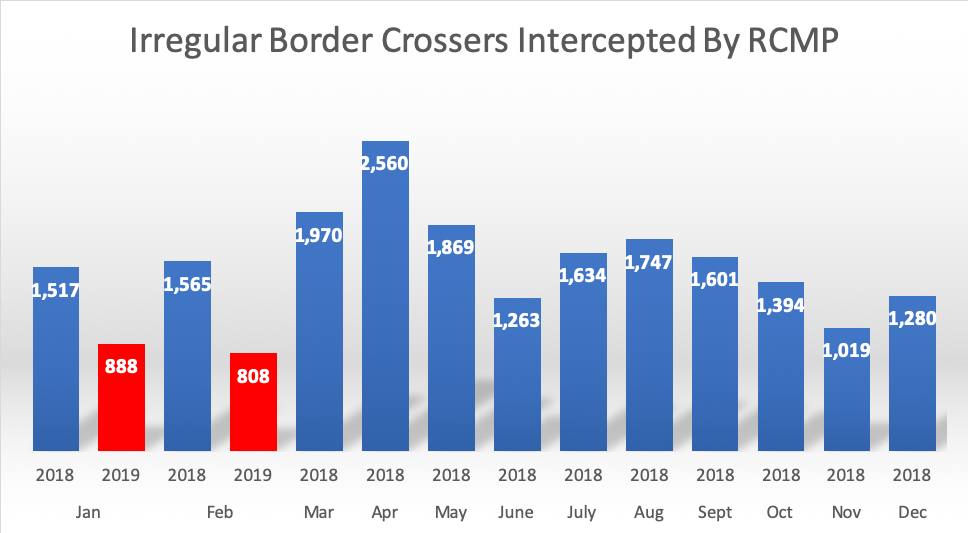 Canada’s asylum system is now choked to the point where claimants are waiting two years to have their cases heard.

The Immigration and Refugee Board, which hears asylum cases, has 64,000 claims awaiting a decision. Nearly 35,000 of these claims are from irregular border crossers from the U.S.

July and August 2017 saw the most irregular border crossers in the last two years, with 3,134 and 5,712 respectively crossing the border at unrecognized points.

Trump has continually said he would end TPS status for specific nationality groups. TPS is given to people from countries affected by war or environmental disasters, as part of a program established in the 1990s.

The overwhelming majority of those crossing the border have flooded into Quebec, where provincial officials have called on the federal government to pick up the bill for expenditure related to the issue.

The federal government is spreading those that arrive out across Canada to try and ease the burden on the French-speaking province.