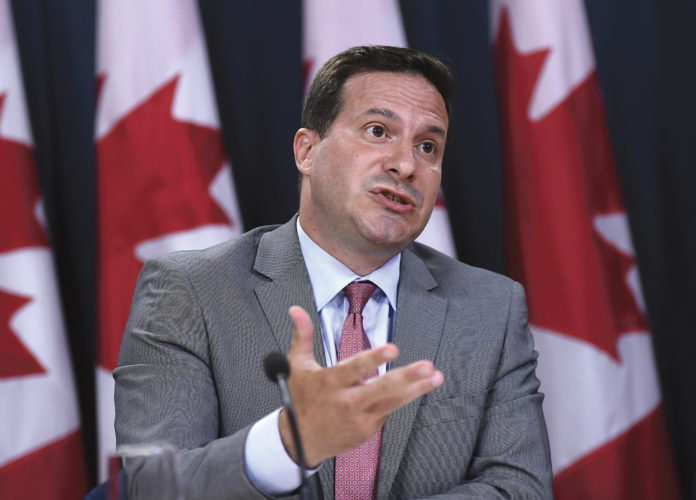 An agreement announced Wednesday should see Ukrainian immigrants have an easier time coming to Canada once the COVID-19 global pandemic’s travel restrictions are lifted.

The newly-created Canada-Ukraine Mobility Working Group was unveiled this week to identify and improve opportunities for Ukrainians hoping to come to Canada.

“Through generations of Ukrainians who have made Canada their home, the Ukrainian-Canadian community continues to make outstanding contributions to Canada’s economy, our society and our diverse cultural fabric,” said Immigration, Refugees and Citizenship Minister Marco Mendicino.

“The unique partnership that we are announcing today will serve to further strengthen the deep-rooted, people-to-people ties between our two countries.”

There are about 1.3 million Canadians of Ukrainian descent.

The agreement announced this week is also expected to only be the lead-in for another deal between the two countries, a youth mobility agreement that will provide Canadian and Ukrainian youth with opportunities to travel, later this year.

“The people of Canada and Ukraine have a strong relationship that will only be deepened by the announcement made today,” said Foreign Affairs Minister Marc Garneau.

“Our people-to-people ties, but also our commitment to Ukraine’s sovereignty, is unequivocal and Canada will continue to stand by Ukrainians as reforms take place in the country.”

Ukraine has undertaken reforms that have opened new markets for Ukrainian businesses, increasing the country’s trade with the European Union. In 2017 alone, more than 500,000 Ukrainians travelled to the European Union under the visa-free regime and more than 7,200 academic exchanges took place.

“Ukraine has advanced in a number of important and demanding reforms over the past year, including healthcare, pensions, decentralisation, public administration, public procurement and the environment,” said Johannes Hahn, the commissioner for European neighbourhood policy and enlargement negotiations at the European Commission.

That was the year, Canada entered into a free trade agreement with Ukraine, eliminating tariffs on 86 per cent of Canadian merchandise exported to that country.

That year, Canada played host to the third Ukraine Reform Conference, which brought together foreign ministers from the European Union, the G7 and NATO countries to Toronto in July to support Ukraine and its people and help them meet their ambitious democratic and economic reform program and Euro-Atlantic goals.

Canada and Ukraine work together as part of several international organizations, including the United Nations, the Organization for Security and Co-operation in Europe, and the Organisation Internationale de la Francophonie.