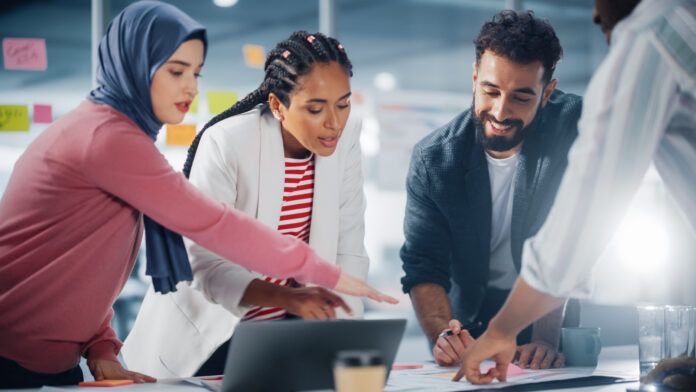 Canada immigration news: A lot more younger adults and working-age women landed full-time jobs in Canada in May, driving up the country’s employment figures and pushing down the unemployment rate to a new record low.

“Canada added 40,000 jobs in May,” tweeted Employment Minister Carla Qualtrough. “Our employment rate is now 5.1 per cent, the lowest rate since 1976, when this data was first collected. With 117 per cent of the jobs recovered from the pandemic, Canada’s economy isn’t just recovering, it’s growing.”

That very tight labour market has many employers desperate to find workers.

The ratio of unemployed people to job vacancies reached an all-time low of 1.2 in March, reports Statistics Canada.

“One potential source of labour supply is those who are not actively participating in the labour force but report that they want to work,” reports the statistical and demographic services agency. “In May, there were 409,000 of these potential workers.”

Other obvious sources of workers for Canadian employers, though, are immigrants and temporary foreign workers.

Certainly, Canada is bullish on immigration.

Ottawa has also vowed since then to accept an unlimited number of Ukrainians fleeing their war-torn homeland to seek refuge in Canada. In its first two weeks of existence alone, the Canada-Ukraine Authorization for Emergency Travel (CUAET) pathway was flooded with more than 112,000 applications.

The new pathway allows Ukrainians to stay in Canada for up to three years and be eligible for free open work and study permits.

None of them should have any trouble finding work in Canada.

“Employment growth resumed in May after pausing in April,” states Statistics Canada in its most recent Labour Force Survey.

Women were the big winners in May, driving much of the employment gains, while the job picture remained virtually unchanged for men.

Since the start of the third wave of the COVID-19 pandemic, total employment has risen by 1.1 million jobs or 5.7 per cent.

“Canada’s economy is on a clear, steady path of growth,” tweeted Qualtrough.

“For months, our unemployment has been dropping, and our job creation has been increasing. And now, Canada has the highest projected GDP increase in the G7.”

The driver of job creation in May was the services-producing sector where jobs rose by 81,000 across several industries.

The accommodation and food services sector added 20,000 jobs. Professional, scientific and technical services grew by 21,000 positions. And the education sector picked up 24,000 jobs while retail added another 34,000.

There were losses, though, in the transportation and warehousing sector, which shed 25,000 jobs, and finance, insurance and real estate, rental and leasing, which saw 19,000 fewer positions.

After plateauing in April, the overall employment in the goods-producing sector fell in May by 41,000 jobs.

Across the country, Newfoundland and Labrador, Prince Edward Island and Alberta added jobs in May while New Brunswick lost them.

“In Newfoundland and Labrador, employment rose 4,100 jobs in May, the third increase in four months,” reports Statistics Canada. “Prince Edward Island also saw an employment increase in May of 1,100 jobs.

“New Brunswick was the lone province with a drop in employment in May, down 3,900 partially offsetting gains in March and April.”