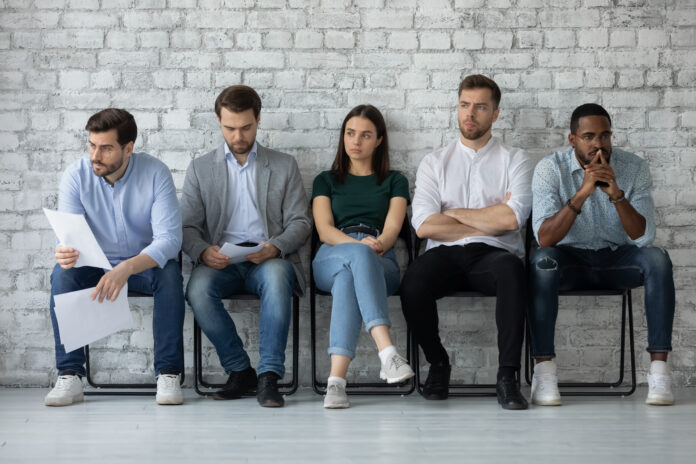 Canada immigration news: Unemployment rose in Canada in August to hit 5.4 per cent but immigrants still experienced a lower rate of unemployment than in any other August in the last 16 years.

That’s good news for those eyeing Canada as a destination for permanent residence or to come here on a work permit or study permit.

“The unemployment rate for immigrants who had arrived in Canada within the past five years was lower in August 2022, at 7.6 per cent, than in any month of August since comparable data became available in 2006,” reports Statistics Canada.

In its  Labour Force Survey, August 2022 released today, the statistical and demographic services agency reveals the national unemployment rate rose from its historic low of 4.9 per cent last month.

“Employment declined by 40,000, down 0.2 per cent, in August, and the unemployment rate rose by 0.5 percentage points to 5.4 per cent,” reports Statistics Canada.

That’s the first rise in the Canadian unemployment rate in seven months.

“Employment fell in British Columbia, Manitoba, and Nova Scotia, while it increased in Quebec,” says Statistics Canada. ‘There was little change in the other provinces.”

The hardest hit with job losses in August were young women and teenage girls as well as seniors aged 55 to 64 years old.

But while more people lost their jobs last month, the number of paid hours worked stayed the same and remained up 3.7 per cent over August last year, indicating the remaining employees may be putting in longer hours.

Despite the over the loss of jobs, particularly in educational services, the public sector, and construction, there were actually gains in employment in the professional, scientific, and technical services.

Many people are simply retiring from the workforce.

Even though the number of jobs dipped last month, Canada still faces a massive labour shortage.

Late last month, Statistics Canada noted there were still more than one million job vacancies in Canada in June, the most recent month for which figures were available.

In its Payroll Employment, Earnings and Hours, and Job Vacancies, June 2022 report, Statistics Canada noted vacancies increased 3.2 per cent, up 32,200 jobs, in June, and employers in Canada were actively recruiting for 1,037,900 vacant positions for the third consecutive month.

With that critical need for workers to fill jobs going begging for a lack of qualified candidates, there is upward pressure on wages as employers try to outbid one another for the few workers available.

The paucity of people to fill available jobs is only expected to get worse as the wave of retirements by Baby Boomers continues to ripple through the labour force.

“In August, more than 1 in 10, 11.9 per cent, of permanent employees were planning to leave their job within the next 12 months, 5.5 percentage points higher than in January 2022,” reports Statistics Canada.

There are, fortunately for employers, 106,000 more people looking for work since June but many employers are still having trouble filling vacant positions.

“This labour market tightness was reflected in the outlook of employers, as results from the Canadian Survey on Business Conditions conducted during the third quarter of 2022 indicate that nearly two-fifths, or 38.7 per cent, of businesses in Canada expected that recruiting skilled employees would be an obstacle in the next three months.”

Employers hoping to hire a foreign national can avail themselves of this international talent and labour through the Temporary Foreign Worker Program (TFWP), and the International Mobility Program (IMP).

Canada Ready To Increase Immigration Further After Welcoming 46,300 Immigrants In...