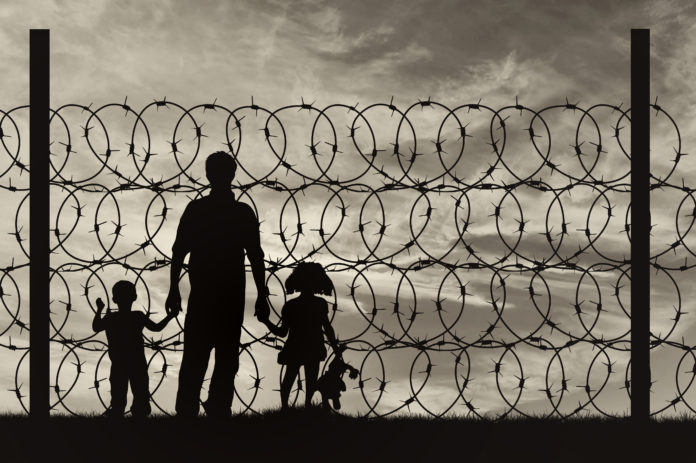 Dozens of interpreters and aides to the Canadian mission in Afghanistan are now hoping to flee to Canada as refugees as they fear for their lives at the hands of the Taliban.

Canada has been out of the region for seven years. But the United States only pulled out its troops from Bagram Airfield, the centre of its military operations in the country, last week.

Since then, thousands of Afghans have been trying desperately to leave the country.

“Wow. Thousands of Afghans (are) lining up at foreign embassies for visas to leave the country, as (the) U.S. withdraws and (the) Taliban advances,” tweeted senior correspondent Joyce Karam earlier this week. “Over 1,000 troops fled to Tajikistan already. The unravelling of #Afghanistan (has been) quicker than expected.”

With the fear and uncertainty gripping Afghanistan in the wake of the American withdrawal from the region, many observers are calling on Canada, the United States and European nations to open their doors to more refugees from that war-torn country.

In a report released last month, Human Rights Watch noted those countries should speed up their visa processing and relocation efforts for Afghanis.

On social media, many agree. American student Charlotte Evergarden is one of them.

“The United States and other NATO member nations have a moral obligation, not only to evacuate anyone that aided them but to take in as many refugees as they can from Afghanistan and other regions,” Evergarden tweeted.

Even before the U.S. withdrawal, the desperation among many Afghan asylum seekers was palpable. The British Broadcasting Corporation reported in April of one young man, still only in his twenties, who ended his life after waiting almost eight years to be resettled by the UN Refugee Agency (UNHCR).

“He was a very bright person,” his friend, Mujtaba Qalandari, is reported as saying.  “He’d always wished to settle abroad one day to support his mother, who is in Afghanistan. He always said, ‘I want to make a future for myself – have a wife and children’.”

Canada is one of the main countries in the world that can help Afghans at this time, including the estimated 40 who worked for the Canadian mission in Afghanistan and now fear for their well-being and that of their families.

Throughout the COVID-19 pandemic, Canada continued to welcome refugees, one of the few countries in the world that did so. Canada also rolled out three new initiatives during the pandemic to bring in more refugees, building on its reputation as a welcoming country.

“When others close their doors, we keep them open,” said Immigration Minister Marco Mendicino.

“That’s why Canada is redoubling its efforts to welcome refugees. We will keep looking for new ways to support and welcome refugees because offering refuge to the world’s most vulnerable speaks to who we are as Canadians.”

In the roughly six months ending on May 29 this year, Canada accepted 4,345 applications for permanent residence from pending and unsuccessful refugee claimants who worked in Canada’s health care sector and provided direct care to patients in Canada during the pandemic.

In 2018, Canada committed to resettling 10,000 refugees from Africa and the Middle East over the next two years and delivered on that promise despite the pandemic travel restrictions and other challenges.

On June 18, Ottawa announced it was going to do more with changes to the Economic Mobility Pathways Pilot (EMPP), the Private Sponsorship of Refugees Program, and an increase in the number of protected persons allowed to come to Canada.

“The world is facing a refugee crisis,” claimed Immigration, Refugees and Citizenship Canada (IRCC) in a statement.

“Across the globe, millions are displaced and longing for what most of us take for granted: a safe place to call home. As a global leader in protecting those who need it most, Canada welcomed nearly half of all refugees resettled around the world in 2020.”

Ottawa is pleased that the United Nations High Commissioner for Refugees (UNHCR) recently called Canada “a bright light in a horrible year for refugee resettlement.”

With that in mind, Ottawa is pledging to more quickly process refugee claims and boost the number of protected persons whose life, liberty or safety is immediately threatened, accepted into Canada this year.

“Despite the many challenges of the pandemic, Canada’s asylum levels have remained stable. We are now building on this success by increasing the number of protected persons we’ll welcome this year from 23,500 to 45,000. We will also expedite the processing of applications, meaning that more protected persons can quickly become permanent residents and put down roots in their communities,” the IRCC noted in its statement.

Canadian immigration officials are also promising to settle 500 refugees and their families through the EMPP and improve the program by:

The Canadian immigration department is also going ahead with measures to improve existing pre- and post-arrival support services for private sponsors of refugees and ensure those refugees can take full advantage of the assistance offered to them.

“As a result of this process, up to $3 million over two years will be invested in supporting nine organizations,” states the IRCC.

“Canada will champion the issue of protection, meaningful participation and the empowerment of displaced women and girls,” states the IRCC. “This theme will provide opportunities for Canadian leadership in putting women, girls and those vulnerable to gender-based violence, including LGBTQ2 communities, at the heart of solutions.”