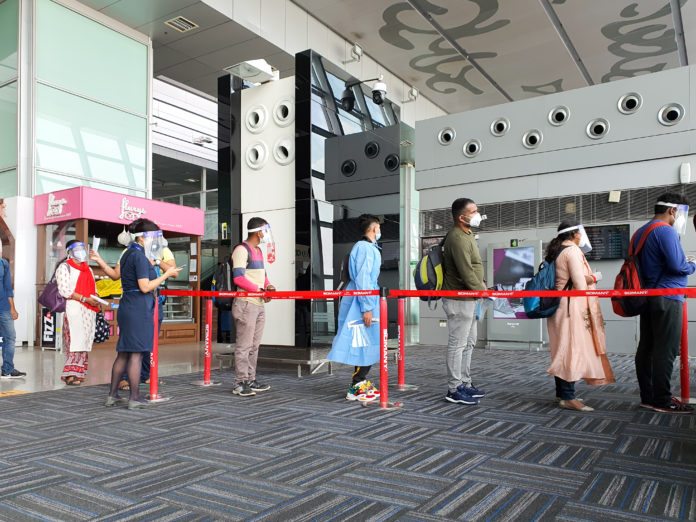 Canada has extended its ban on flights from India and Pakistan, aimed at stopping the spread of variants of COVID-19 prevalent in the two countries.

An announcement on Friday saw the ban extended until June 21, after it was first imposed on April 22. It was due to expire on Saturday, May 22.

Cargo flights continue to be exempt from the ban, to allow the delivery of essential goods including coronavirus vaccines.

Although direct flights continue to be banned, passengers can still reach Canada from India and Pakistan by flying via another country. They still need to adhere to all COVID-19 safety measures, including producing a negative test from the country they departed to reach Canada.

All those arriving in Canada must quarantine for two weeks unless they are exempt. Air travellers must spend three days in a government-approved hotel while waiting for test results, then test again eight days after arrival.

Transport Minister Omar Alghabra announced the extension at a press conference on Friday, saying it was ‘based on public health advice’.

He added: “I can say that we’ve seen a significant reduction in the number of positive cases of COVID-19 arriving from international flights since this restriction was put in place.”

According to Public Health data, Canada saw more than 6,250 air travellers test positive for the B.1.617 variant (first found in India) between February 22 and May 6.

India reported 4,529 deaths from coronavirus on Wednesday, the most in a single day of any country during the pandemic. India has 283,248 confirmed deaths from the disease.

Meanwhile, Canada has extended both international travel restrictions and the closure of the border with the U.S. for another month, until June 21, 2021.

Bill Blair, Minister of Public Safety and Emergency Preparedness made the announcement in a tweet on Thursday, May 20. The restrictions had been due to expire on May 21.

Immigration Numbers Recover At Start Of 2021

The latest federal government figures show Canada welcomed 70,500 newcomers in the first three months of the year, compared to just over 69,000 in 2020 – a solid start on its way to an ambitious target of 401,000.

January to March was easily the most prolific quarter for Canada immigration since the start of the coronavirus crisis.

However, the numbers are still well short of those needed for Canada to its target. If 70,500 newcomers are welcomed every quarter this year, the total would reach only 282,000 permanent resident admissions. 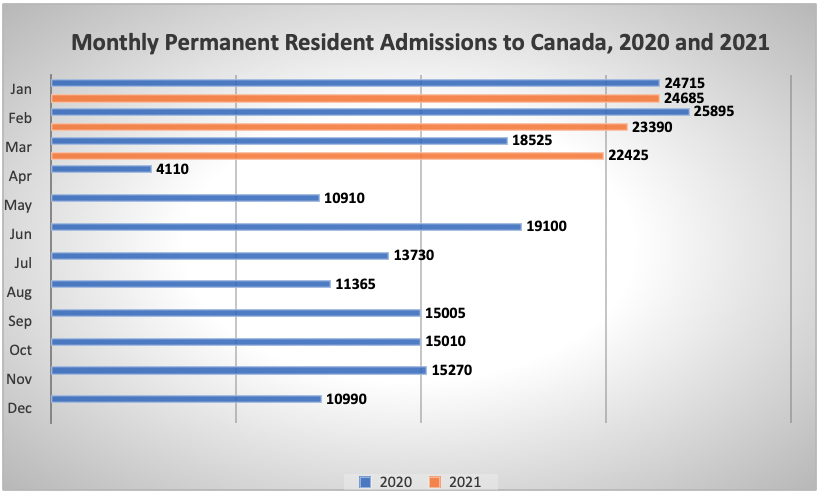 Ottawa is clearly expecting a major increase in the remaining three quarters, boosted by the new pathway the permanent residence launched this month, through which it expects to receive 90,000 applications from international graduates, healthcare workers and other essential workers.

Meanwhile, Immigration, Refugees and Citizenship Canada (IRCC) has also significantly increased the numbers of Invitations to Apply being issued through Express Entry, including 27,332 in a single Canadian Experience Class draw on February 13.