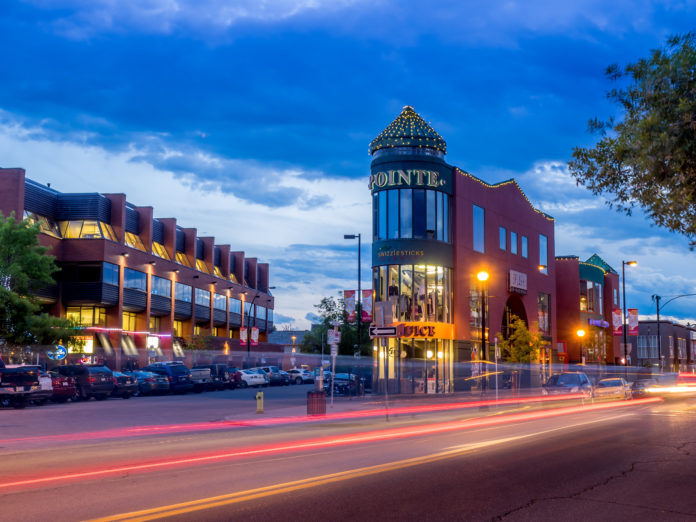 Canada immigration news: This is one the best times for temporary foreign workers to immigrate to Canada, with job openings in restaurants, bars and the entertainment and recreation industries rampant in as the country revives its economy after COVID-19.

“Canadian employers were actively recruiting for an estimated 815,800 positions in June 2021, as public health measures related to the third wave of the COVID-19 pandemic were significantly eased,” Statistics Canada reported in late August.

“The job vacancy rate, which measures vacant positions as a proportion of all positions (vacant and occupied), reached five per cent in June. This was the highest job vacancy rate since monthly job vacancy estimates became available in October 2020.”

The single biggest need for workers in Canada in June, based solely on the number of jobs available, was in the food services industry. Think restaurants, catering companies, food preparation, and pubs.

Restaurants and Hotels Struggling For Workers

Restaurants in Canada are desperate for servers as they try to rebuild their serving staff after lockdowns due to Covid-19 public health restrictions.

“It’s unprecedented times out there,” Luc Erjavec, Restaurants Canada’s vice president for Atlantic Canada, reportedly told The Telegram. “I’ve heard of restaurants changing their hours, closing earlier … The staff they have is burning out.”

These entrepreneurs often cannot simply call up their former employees as many of these have moved on.

“They have left the industry and gone into other industries that were just booming during the pandemic,” said Erjavec.

The same sort of thing has happened in the arts, entertainment and recreation sector. It had a job vacancy rate of 8.3 per cent in June.

Construction companies too are in hiring mode with a job vacancy rate of 6.1 for the sector but that shortage of skilled workers predates the pandemic. Good tradespeople always seem to be in high demand.

Boosted by the need for extra cleaning and the safe disposal of materials during the pandemic, the waste management and remediation services sector is also having a hard time hiring enough workers with a job vacancy rate of 6.5 per cent in June.

The entire service sector is screaming for workers in Canada. In its report entitled Payroll Employment, Earnings And Hours, And Job Vacancies, June 2021, Statistics Canada noted on Aug. 26 that the “other services” category showed a job vacancy rate of 6.1 per cent during that month.

Among the provinces, the highest numbers of jobs going begging for candidates in June were in British Columbia and Quebec. The provinces with the lowest job vacancy rates that month were Manitoba and Nova Scotia.

In addition to the economic impact of the pandemic, the demand for immigrants to fill jobs is also expected to skyrocket this year because employees will start retiring and quitting their jobs in much greater numbers than they did last year, said a senior economist.

In his latest report, Will A Return To Pre-Pandemic Retirement And Job Quitting Levels Worsen Emerging Labour Shortages In Canada?, Bank of Canada senior economist Andrew Agopsowicz revealed in mid-August that fewer people were ready to leave their jobs during the height of the pandemic.

“Retirements fell 20 per cent compared to the pre-pandemic period (March 2019 to February 2020) while the number of people quitting jobs due to dissatisfaction dropped 40 per cent over the same time frame.”

With the economy now bouncing back, many people are re-thinking their options and choosing to retire or quit their jobs.

“As the job market recovers, these measures are beginning to climb back to pre-crisis levels,” writes the economist.

In June alone, nearly three times as many workers quit their jobs, a total of 16,700, compared to the same month a year earlier.

In the second half of this year, the Bank of Canada senior economist figures 125,000 workers in Canada are likely to retire.

Add to that the growing number of job vacancies – about 550,000 in the first quarter of this year – and it all spells opportunity for foreign nationals hoping to immigrate to Canada under economic programs.

“Significant pressure (on the labour market) may be felt in industries already back at previous employment levels,” notes Agopsowicz.

“The vacancy rate in the professional, scientific, and technical services industry, for example, has already reached serious highs. And the Bank of Canada’s Business Outlook Survey indicates that while we are still in a period of labour market slack, availability of skilled workers is tightening.”

Canada’s border is set to re-open to non-essential international travel on Sept. 7 provided COVID-19 cases remain low. Until that border is fully re-opened, immigration is unlikely to result in a quick fix for employers facing a shortage of workers, says Agopsowicz.

“As shortages grow, so will the urgency for Canada to turn to new and under-utilized sources of labour force growth, including immigration, women, and visible minorities,” he says.

“However, these will not provide much relief in the short-run.

“While the government has lifted the number of new permanent residents to pre-pandemic levels, most of this only reflects a change of status from temporary to permanent. It won’t increase the population overall.  Still, with the border now open to more immigrants we can expect the flow of newcomers to reduce the pressure on labour markets.”

In Ottawa, Immigration Minister Marco Mendicino remains confident Canada will be able to hit its immigration target of 401,000 new permanent residents this year.

“Against all odds, Canada continues to lead the world in immigration,” Mendicino reportedly told The Globe and Mail in July. “We are going to make good on our commitment to land 401,000 new permanent residents.”

Ottawa Planning To Bring In 401,000 Immigrants

The country’s 2021‒2023 Immigration Levels Plan set immigration targets of about one per cent of the Canadian population for three years starting this year. Next year, Canada is hoping to welcome 411,000 new permanent residents and another 421,000 in 2023.

The Bank of Canada’s Business Outlook Survey indicates that while Canada is still in a period of labour market slack, the availability of skilled workers is tightening.