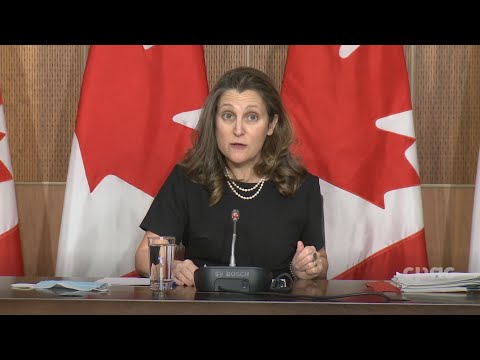 Canada immigration news: Canada has pledged to spend $85 million on tackling immigration backlogs, acknowledging that newcomers are critical to economic growth in the wake of COVID-19.

In her fall economic statement, Finance Minister Chrystia Freeland painted a positive picture of the country’s emergence from the pandemic-fuelled recession.

The statement also spoke of the importance of immigration when it came to attracting top global talent, meeting the needs of employers, and addressing labour shortages.

“Immigrants and temporary foreign workers help Canada meet long- and short-term labour market needs, respectively, and international students and visitors are vital to the institutions and businesses they support,” the statement reads.

Also touching on the importance of family reunification, the statement goes on to address the backlog issue, in which 1.8 million permanent residence, temporary residence and citizenship applications are waiting to be processed.

The $85 million will be spent from 2022 to 2023, both to process more applications and “reduce processing times in key areas affected by the pandemic”.

“This will help to ensure Canada’s immigration system is well-positioned to help meet Canada’s economic and labour force goals,” the statement reads.

Immigration minister Sean Fraser is set to deliver a new Immigration Levels Plan early in 2022, which is expected to consolidate that plan.

Express Entry Changes On The Way?

The fall economic statement builds on the Liberal government’s pre-election pledges on immigration, which included reforming the Express Entry system so it better responds to labour market needs.

One way Ottawa could do this is by moving to occupation-based invitations in 2022.

Quebec has also started doing the same through its own version of Express Entry, the Arrima Expression of Interest system.

With certain occupations in high demand in Canada, it makes sense that the federal government could follow suit, by targeting jobs that are in demand nationally.

The wording of the Liberal platform promises to “reform economic immigration programs to expand pathways to permanent residence for temporary foreign workers and former international students through the Express Entry points system.”

This suggests changes will lean towards candidates who are already in Canada on a temporary basis, giving them an established pathway to permanency.

Canada Named Best Country In The World By U.S. News and...