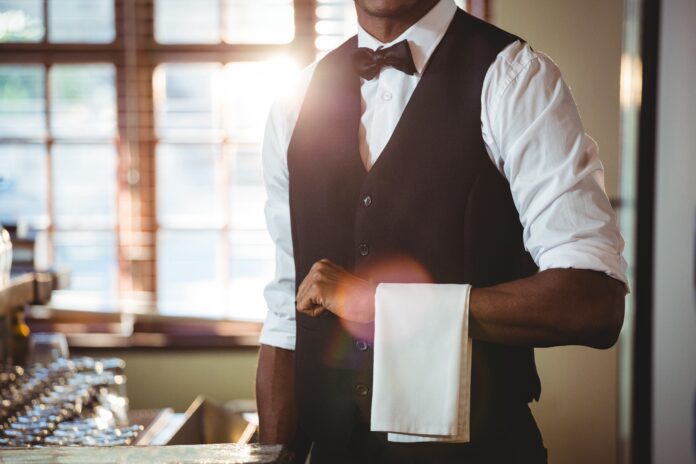 A new study by the Angus Reid Institute says hotels and restaurants are struggling to fill jobs across Canada as Generation Zers and Millennials leave the hospitality sector.

“These data show an 18 per cent decline in the number of workers in the service sector over the last two and a half years,” the study notes. “This includes a 22 per cent decline among 18- to 24-year-olds and a drop of 15 per cent among 25- to 34-year-olds.”

The 18-to-24-year-old group is a part of Generation Z. The 25-to-34-year-olds are part of the group considered to be Millennials.

During the pandemic, online shopping boomed and remote work arrangements became commonplace, fuelling explosive growth in the IT sector.

Many Generation Zers and Millennials saw those opportunities opening up and jumped on them.

“While the service sector has experienced significant attrition, a corresponding boost is noted for the tech industry,” reveals the Angus Reid Institute.

“The proportion of workers involved in tech and information technology has increased 15 per cent during the same period, with a 36-per cent increase among 18-to 24-year-old workers.”:

The Angus Reid Institute study, Out Of Service: Hospitality Sector Sheds Employees Of All Ages During COVID-19 While Migration To Tech Surged, saw the pollster conduct a survey of a randomized sample of 5,014 Canadian adults in mid-September.

In its attempt to uncover what happened to the Canadian labour force during the COVID-19 pandemic, the Angus Reid Institute discovered the life-work balance choices of Baby Boomers, now at or near retirement age, during the past 2.5 years has made a huge difference in the availability of workers.

Although six per cent of workers who were retired at the start of the pandemic chose to go back to work, a much greater number of them chose to instead opt for early retirement.

“Among those who are 55 to 64 years of age, there has been a 27-per cent increase in retirement, despite those individuals remaining below retirement age,” notes the pollster.

“The loss of older workers means a diminishing white collar managerial and executive class. The number of Canadians employed in that sector has dropped 19 per cent, led by a 26-per cent drop among 55-to-64-year-olds and a 41-per cent drop among workers of retirement age.”

Adding to the Canadian labour shortage is the decision by many workers in Canada to switch from full-time to part-time work.

“Among those who were working full-time in March 2020, one-third are no longer doing so,” reports the Angus Reid Institute. “That includes 10 per cent of full-time workers who retired and seven per cent who changed to part-time status. Further, … 14 per cent of part-time workers retired.”

With Boomers retiring and Generation Zers and Millennials leaving the service sector in droves, employers in Canada increasingly need to rely on immigration to recruit workers to fill jobs.

A survey by the Business Council of Canada clearly demonstrated employers in this country need immigrants with the right skill sets to fulfill their contractual obligations and avoid revenue losses.

“Close to two-thirds of the companies said they actively recruit workers through the immigration system … to help meet a variety of business needs, from enabling enterprise growth to increasing the diversity of their workforces,” said the organization’s president and CEO Goldy Hyder.

“Above all, immigration helps them fill positions that would otherwise stay vacant. Of the employers that make direct use of the immigration system, four out of five say they do so to address labour shortages.”

The Business Council of Canada surveyed its own 80 member companies for its report Canada’s Immigration Advantage: A Survey of Major Employers. Those companies collectively employ more than 1.6 million Canadians in 20 industries and generated revenues of about $1.2 trillion in 2020.

The report revealed the extent of the labour shortage challenge in Canada, with 80 per cent of the surveyed companies stating they are having trouble finding skilled workers.

“Shortages exist in every province and territory but are most pronounced in Ontario, Quebec and British Columbia,” notes the report.

“Employers are struggling to fill technical roles. Skills shortages are most common in fields such as computer science, engineering and information technology. Employers are also struggling to find construction workers, plumbers, electricians and other skilled trades.”

Without enough employees to fill vacant jobs, 67 per cent of employers said they were facing cancelled or delayed projects, 60 per cent feared revenue losses, and 30 per cent were considering relocating work outside Canada.

Slightly more than a quarter of these employers were worried about losing market share due to a lack of skilled workers.

“Among the companies that currently recruit employees through the immigration system, 63 per cent expect to increase their usage over the next three years,” noted the report. “Of these employers, nearly all expect an increase of up to 25 per cent. Anticipated labour shortages are the number one driver of this trend.”

“The programs in greatest use are the Global Talent Stream (GTS), the Federal Skilled Worker (FSW) program, and the Canadian Experience Class (CEC). Almost half of survey respondents also report hiring international students from Canadian post-secondary institutions,” reveals the report.

Employers hoping to hire a foreign national can also avail themselves of this international talent and labour through the Temporary Foreign Worker Program (TFWP), and the International Mobility Program (IMP).

Under normal circumstances, the GTS, a part of the TFWP, can lead to the granting of Canadian work permits and the processing of visa applications within two weeks.

Express Entry Applicants’ Profiles Are Ranked On A Points-Based System

Applicants who meet eligibility criteria and have a job offer submit an online profile known as an Expression of interest (EOI), under one of three federal immigration programs or a participating Provincial Nominee Program (PNP), to the Express Entry Pool.