Canada immigration news: New immigrants to Canada through the Parents and Grandparents Program have increased by more than double in the first quarter of 2022, compared with last year.

Official figures show that 5,235 new permanent residents arrived in Canada’s 10 provinces via the PGP between January and March, a 148 percent increase from the 2,110 arrivals in 2021.

The figure is also up on the 4,080 PGP newcomers recorded in the first quarter of 2020 before the COVID-19 crisis had taken a grip on Canada. 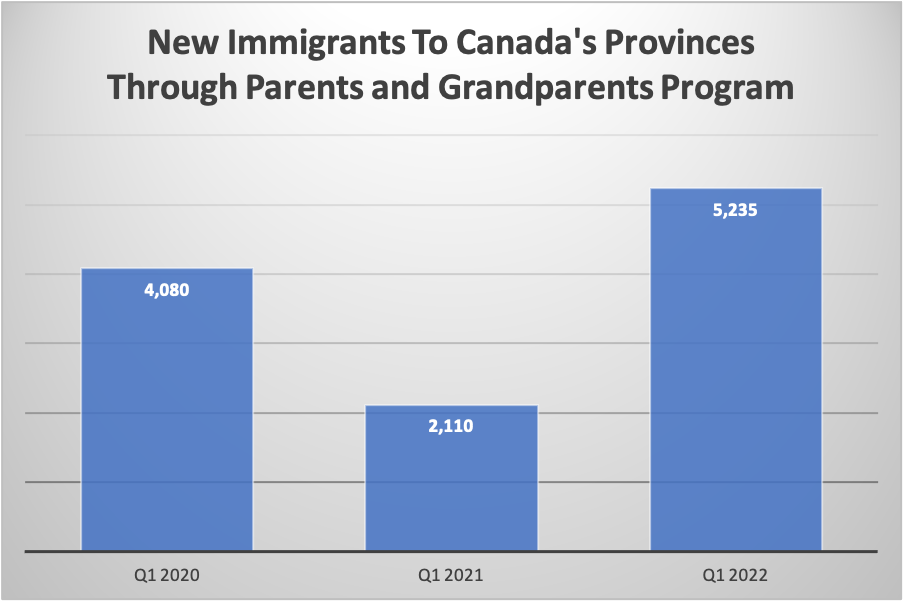 In reality, Immigration, Refugees and Citizenship Canada (IRCC) will be hoping quarterly numbers pick up in the coming months, with a PGP intake target of 25,000 for 2022.

Canada’s annual immigration intake through the PGP is set to rise by more than a third in the next three years. 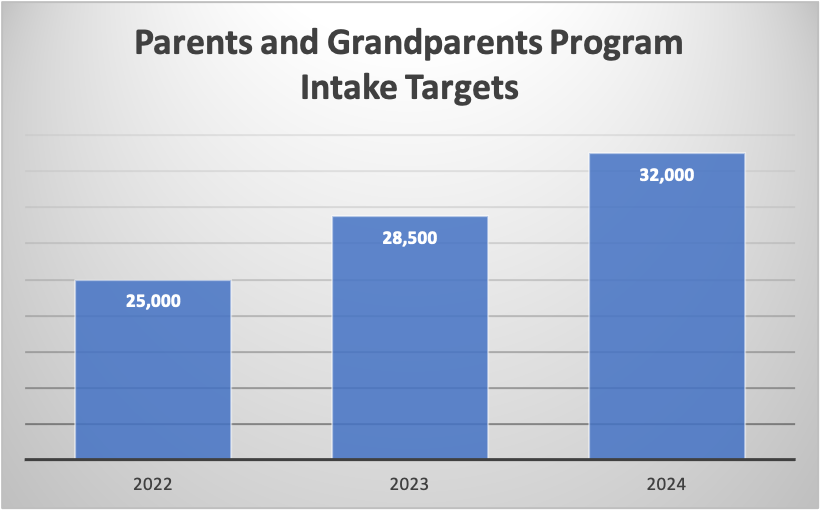 IRCC officials have not opened a window for submitting the Interest to Sponsor form since 2020, and said earlier in 2022 that they were still processing existing PGP applications.