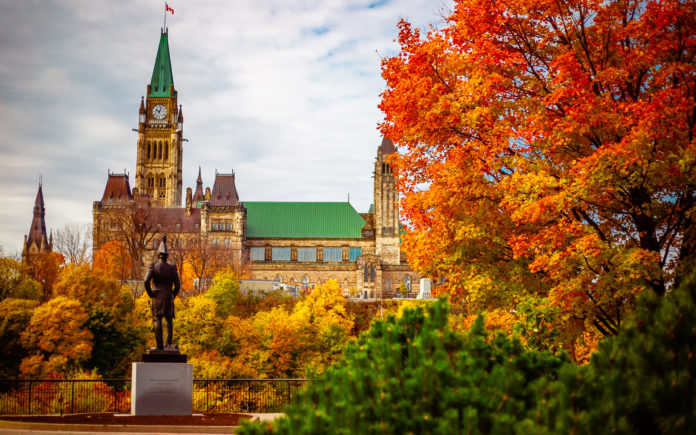 Canada’s plan to boost immigration to more than 400,000 per year over the next three years has encouraged Atlantic Canadian business and educational leaders.

Federal Immigration Minister Marco Mendicino and members of the Atlantic Provinces Economic Council (APEC) took part in a virtual roundtable to discuss the role of immigration in supporting economic recovery in Atlantic Canada and the challenges facing the region due to the COVID-19 pandemic.

“Atlantic Canadians have proven themselves leaders in attracting and retaining highly-skilled workers from away, that are helping their businesses to grow so they can create more jobs right here at home,” said Mendicino.

“One in three business owners with employees are newcomers, and innovative programs like our Atlantic Immigration Pilot (AIP) are helping to ensure the economic benefits of immigration are spread right across the country. We’re going to continue to ensure Atlantic Provinces have the skills they need to recover and keep growing,” he said.

An independent think-tank that does research to find ways to boost the Atlantic Canadian economy, APEC is already a strong proponent of immigration. In January, the organization issued a report entitled Labour and Skills Shortages in Atlantic Canada: An Assessment and Discussion of How to Move Forward.

In that report, APEC’s research department noted: “It seems clear that immigration will remain a key part of the region’s response to labour shortages … Effective and responsive immigration programs are very important to Atlantic Canada.”

Ottawa’s decision to boost immigration levels – announced earlier this year – was music to the ears of APEC members.

Ahead of the announcement of increased immigration levels, Canada was welcoming immigrants at the rate of one per cent of the Canadian population and had immigration targets of 351,000 for next year and 361,000 for 2022.

The immigration minister has explained the increased immigration targets for the next three years as an attempt to compensate for the shortfall of immigrants due to Covid-19 travel restrictions in 2020.

“Immigration is essential to getting us through the pandemic, but also to our short-term economic recovery and our long-term economic growth,” he said.

“Canadians have seen how newcomers are playing an outsized role in our hospitals and care homes, and helping us to keep food on the table. As we look to recovery, newcomers create jobs not just by giving our businesses the skills they need to thrive, but also by starting businesses themselves. Our plan will help to address some of our most acute labour shortages and to grow our population to keep Canada competitive on the world stage.”

During the virtual roundtable, Mendicino highlighted that pilot programs like the Atlantic Immigration Pilot help Canadian businesses get the highly-skilled workers they need to grow. He also reiterated the government’s commitment to make it a permanent program when the pilot concludes at the end of 2021.

The immigration minister also touched on the importance of attracting international students, which contribute roughly $22 billion annually to the Canadian economy, to the Atlantic provinces.

Since its launch in 2017, participating employers in the AIP have made over 7,500 job offers in key sectors, including manufacturing and health care. This has resulted in over 6,900 approved permanent residents destined for or already in the Atlantic region.

In Halifax, the capital city of the Atlantic Canadian province of Nova Scotia, economic development proponents are keen to attract more immigrants.

Under its five-year Economic Growth Plan, the economic development agency has set its own ambitious population growth targets for the coming decade. Halifax Partnership wants the city’s population to grow by 25 per cent, to 550,000 from 440,000, by 2031.

That move is expected to boost its GDP to $30 billion.

“We’ve been very successful in doing that over the past few years,” says Gillan. “For the year ended June 30, 2019, Halifax had record population growth for the fourth straight year with 9,747 new residents.

That population growth was largely driven by net international immigration. Of the total population growth in Halifax in the year that ended June 30, roughly 66.8 per cent was due to the 6,509 immigrants who made that city their home. The province welcomed 7,580 new permanent residents last year, a new record for immigration.

The AIP is an employer-led pilot consisting of three programs that aims to bring candidates to the region to fill positions for which Canadian citizens and permanent residents are not available.

To hire through the AIP, employers do not need a Labour Market Impact Assessment. Instead, they must meet requirements to become designated to make job offers.

The three programs under the AIP are:

The Atlantic High-Skilled Program is aimed at skilled workers with management, professional or technical/skilled job experience. There are also other requirements. The job offer must last for at least one year.

The Atlantic Intermediate-Skilled Program is aimed at candidates for jobs requiring a high school education and/or job-specific training. There are also other requirements. The job offer must be permanent.

The Atlantic International Graduate Program is aimed at candidates who have a degree, diploma or another credential from a publicly-funded institution in an Atlantic province. Work experience is not required. The job offer must last for at least one year.

Under the AIP programs, candidates must provide a Settlement Plan after receiving an offer of employment. That plan is designed to help you settle in Canada by highlighting resources specific to you and your family’s needs. You will also find where you can go to the community to get help.

Candidates make the Settlement Plan with a settlement service provider, available both inside and outside Canada.

Each job offer made through the AIP also requires provincial endorsement. The application for endorsement is handled by the employer after the candidate has their Settlement Plan.

Candidates should not submit a permanent residence application until they receive a Certificate of Endorsement. This should be submitted with the application.