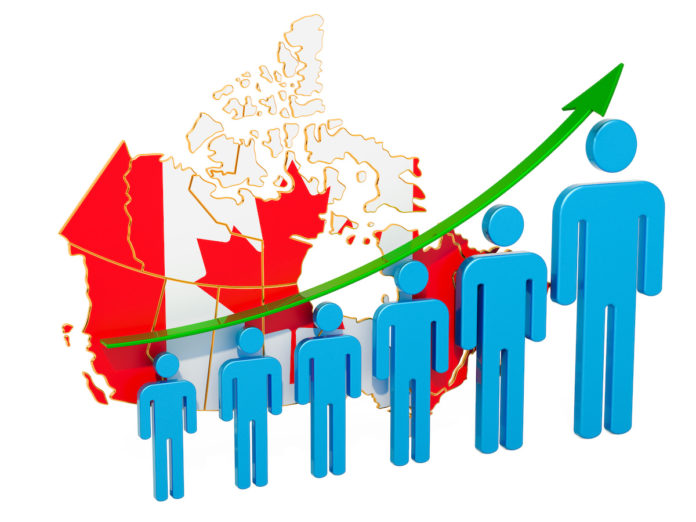 Canada was still able to grow during the worst of the Covid-19 pandemic due to immigration which provided almost three-quarters of its population growth for the year that ended on July 1, reveals a report by Statistics Canada.

The country’s population growth was cut by half and Covid-19-related deaths played a part in reducing Canada’s population during that time.

The biggest factor in reducing population growth during the year that ended July 1, though, was the drop in immigration to the country as travel and border restrictions prevented many foreign nationals from coming to Canada.

Canadian Population Growth Rate Cut in Half but Immigration Helped

In its latest Canada Population Estimates report released on Wednesday, the country’s statistical analysis agency reveals the Canadian population grew by only about 208,900 during that year, less than half the almost 436,000 in the previous year.

That level of immigration, though, was enough to keep Canada growing. During a year affected by pandemic restrictions, immigration contributed to 74.9 per cent of Canada’s population growth, Statistics Canada revealed on Sept. 29.

Borders restrictions during the pandemic hurt immigration to Canada. Permanent immigration fell from almost 284,200 in last year to roughly 226,200 this year.

The number of Temporary Foreign Workers also declined by almost 42,900, after steadily increasing in recent years. 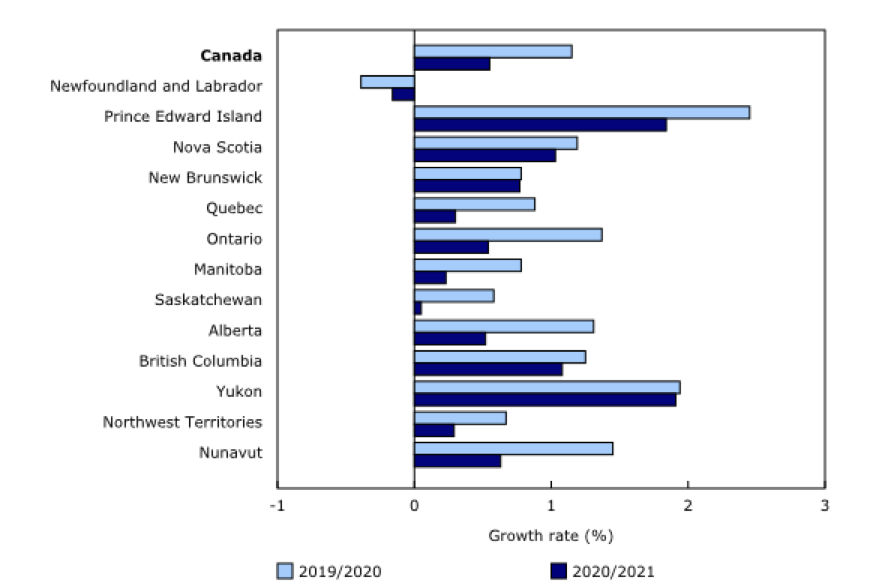 Within Canada, strong interprovincial migration – fueled in part by people moving to areas with lower rates of Covid-19 infection – helped grow the populations of British Columbia, the Yukon and the Atlantic Canadian provinces.

British Columbia saw the largest increase in interprovincial migration of all the provinces during that year, with a boost of 34,277, its biggest gain in population in 37 years.

All four Atlantic provinces posted a net interprovincial migratory increase for the first time in 11 years, with current migration levels at or near record levels.

Even during the pandemic, there are many ways foreign nationals can come to Canada to seek permanent residence.

Candidates’ profiles then are ranked against each other according to a points-based system called the Comprehensive Ranking System (CRS). The highest-ranked candidates will be considered for an Invitation To Apply (ITA) for permanent residence. Those receiving an ITA must quickly submit a full application and pay processing fees, within a delay of 90-days.

The best bet for students in foreign countries lies in coming to Canada to study.

Canada usually welcomes more than 350,000 international students every year. To be eligible to study in Canada these students must demonstrate that they: