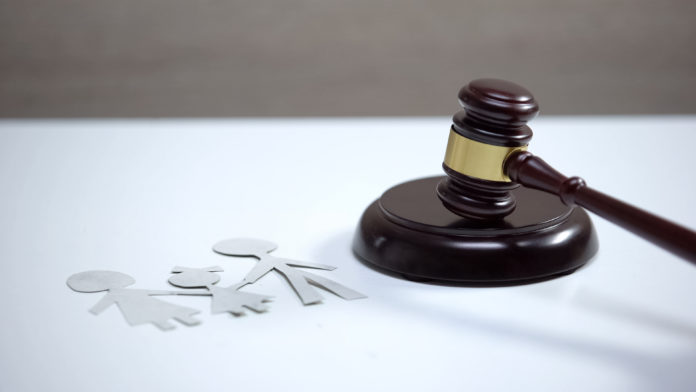 Canada immigration news: Processing times for immigration applications for Canada’s spousal sponsorship program returned to the published standard of 12 months in 2022, according to Canada’s federal government.

Although many candidates report otherwise, Immigration, Refugees and Citizenship Canada (IRCC) say new applicants to the program will get a decision within a year.

That’s in excess of 78 percent more new permanent residents under that pathway as came in all of 2020, the first year of the pandemic, when only 36,120 immigrants came to Canada under those programs.

Spouse and Partner Immigration To Canada Numbers Recover In 2021
Canada Set To Welcome 80,000 Spouses, Partners and Children As Family Class Immigrants In 2022
Canada Welcomes 108,000 New Immigrants In First 3 Months Of 2022

The massive rebound in spousal sponsorship arrivals also marks a near return to normal in Canada for these programs that were responsible for the arrival of 64,775 new permanent residents in 2019, the last full year before the arrival of the coronavirus in Canada.

On Twitter, that frustration and even anger are evident in the tweets of many people who claim to have been waiting for up to four years for their spousal sponsorship applications to be approved by IRCC officials.

“My husband, an Iraqi national but very much Canadian, had to wait 2.5 years to be allowed to enter Canada although we have been married for 17 years,” tweeted one woman.

Immigration Minister Sean Fraser and his ministry have taken measures to speed up those processing times and return to service standards by clearing away the backlog that grew during the pandemic. But that will take time.

Despite those challenges, it’s clear the spousal sponsorship program is an increasingly popular route to permanent residency in Canada.

Here are the Eight Things To Know About Canada’s Spousal Sponsorship Immigration Program.

1. WHO CAN SPONSOR A SPOUSE OR COMMON-LAW PARTNER TO COME TO CANADA?

Anyone hoping to sponsor a spouse or common-law partner in Canada needs to be either a citizen or adult permanent resident of Canada capable of supporting him or herself financially and ensuring that the spouse will not need social assistance from the government.

That means the sponsor must sign an undertaking, promising to give financial support for the basic needs of their spouse or partner and dependent children.

Those basic needs are defined as:

This agreement cannot be cancelled, even if:

Maternity, parental and sickness benefits paid under the Employment Insurance Act in Canada are all considered income and contribute to allowing a person to sponsor a spouse or common-law partner but other payments from the government, such as employment insurance and federal training allowances, are not considered income.

2. HOW MUCH ARE THE FEES TO APPLY TO SPONSOR A SPOUSE OR COMMON-LAW PARTNER?

The sponsorship fee, principal applicant processing fee, and the right of permanent residence fee together add up to $1,050. Then, there’s the biometrics fee which is another $85 per person, bringing the total to $1,135.

Although the permanent residence fee, which by itself is $475, is not required to pay up front, IRCC officials recommend applicants include it in the initial application as failing to do so can slow down the process.

Residents of Quebec who are hoping to sponsor their spouses or common-law partners need to remember that province requires applicants to pay an additional fee of $301 and that this is paid to that provincial government, not to the IRCC.

Paying the fees for a spousal sponsorship application requires:

Sponsors should check the instructions online on how to pay for the various fees. Then, once they have paid those fees, they should print out two copies of their official IRCC receipt and include a copy of this receipt with their completed application forms. The other copy is for their own records.

Canadian immigration officials will not process an application unless these fees have been paid. Applications with unpaid fees are returned to the applicants.

Sponsorship applications that include over-payments, on the other hand, result in the IRCC sending out a refund to the applicant as soon as possible.

3. WHAT BIOMETRIC INFORMATION WILL BE NEEDED?

Spouses and common-law partners who are being sponsored may need to appear in person to have their fingerprints and photographs, which is what is meant by biometric information, taken at a biometric collection service point in order to complete the sponsorship application.

Canadian citizens and existing permanent residents of Canada are exempt from giving biometrics.

This requirement for biometric information even applies when the sponsor’s spouse or common-law partner is in Canada where they can go to a designated Service Canada location.

Biometrics are given after the sponsor has:

The BIL must be presented to officials at the biometric collection service point and the person being sponsored should give those biometrics as soon as possible after getting the BIL to avoid delays in processing the application.

4. WHO CAN BE SPONSORED AS A SPOUSE OR COMMON-LAW PARTNER UNDER THIS PATHWAY?

Sponsoring a person as a spouse requires that the marriage be a legally-valid, civil marriage – but Ottawa considers this can be either between people of the opposite or same genders.

These marriages are recognized for immigration purposes where the marriage:

Canada’s immigration department no longer recognizes marriages performed outside of Canada by proxy, telephone, fax, internet and other forms of marriage where one or both persons are not physically present at the ceremony.

Common-law relationships recognized by the IRCC can be two people of either opposite genders or the same gender provided they been living – or have lived – with that partner for at least 12 consecutive months in a marriage-like relationship.

A conjugal partner is defined as existing where the sponsored person:

This term applies to both opposite and same-gender couples.

A conjugal partner can be sponsored if:

5. HOW LONG WILL THIS PROCESS TO SPONSOR MY SPOUSE OR COMMON-LAW PARTNER TAKE ?

Due to the impacts of COVID-19, Canadian immigration officials admit they cannot process applications normally at this point – or even give accurate processing times for most applications.

The IRCC website does, however, give estimates of the current processing times for various types of applications.

According to that website, the current processing times for sponsorship applications for spouses or common-law partners, regardless of whether they are already in Canada or outside the country, is 12 months.

Twitter users, though, often claim the processing time for their applications has been much longer, up to four years.

6. WHAT ARE THE STEPS TO GET AND COMPLETE THE SPONSORSHIP APPLICATION PACKAGE AND ITS FORMS?

Sponsors can get an application package, including a checklist, forms and instructions, online by answering a few basic questions, including:

Country-specific requirements may apply so these must be checked to ensure the correct documents are included for each item on the checklist. These may include birth certificates or other proofs of identity.

All submitted photocopies must be clear and easy to read. Other than copies of original documents used for translations, photocopies do not need to be certified. Do not send originals unless the IRCC asks for them because they will not be returned.

The sponsor must fill out all the forms – ideally on a computer so they can be validated electronically to make sure all questions have been answered – and sign all the applicable forms in ink.

7. CAN THE SPOUSE OR COMMON-LAW PARTNER WORK OR STUDY IN CANADA UPON ARRIVAL?

Similarly, a spouse or common-law partner who already has a study permit and wants to keep that temporary resident status as a student can submit an Application to Change Conditions, Extend my Stay or Remain in Canada as a Student form and do so. Otherwise, IRCC officials will advise that spouse or common-law partner in writing when they are eligible to apply for a study permit.

8. WHAT SPECIAL CONSIDERATIONS APPLY IF THE SPONSOR IS LIVING IN QUEBEC?

Quebec, which has its own immigration rules, reviews sponsorship applications itself to determine if the sponsor is eligible.

Immigration officials in that province may deem that a sponsor is ineligible if:

Sponsors who lived in Quebec must:

Once that’s done, the Quebec government will review the sponsorship application to determine if the sponsor is eligible. Approval by Quebec of the applicant as a sponsor, will result in the issuance of a Quebec Selection Certificate (Certificat de selection Québec).