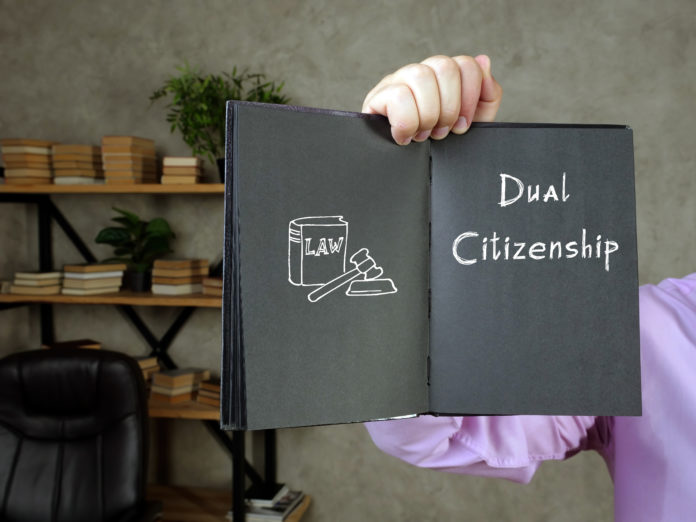 Dual citizenship is very common in Canada with nearly one in 20 Canadians holding more than one passport – but it’s perhaps not as well understood as it should be.

After all, there is no certificate or official recognition of dual citizenship by the Canadian government. Foreign nationals who become Canadian citizens can simply keep their citizenship in their home country in many cases.

Throughout the world, 49 countries allow dual citizenship. Including Canada, those countries are:

In some cases, a person looking to get dual citizenship doesn’t even have to move to the other country to get it. Ireland and Italy, for example, allow anyone with ancestors from those countries to get citizenship. Italy offers an ancestral passport.

In other cases, the person seeking dual citizenship has to alert the proper authorities in his or her country of this intent to become a citizen of another country and may even be prohibited from certain occupations in his or her home country because of it. Egyptians, for example, need to inform the government they want to retain their Egyptian citizenship within the first year after obtaining Canadian citizenship. Afterwards, they will be unable to serve in the Egyptian military or police – or serve in the Egyptian Parliament.

Pakistanis who become Canadian citizens and retain their citizenship in Pakistan have a similar deal. They lose some of their voting rights, can no longer serve in the Pakistani military, and are barred from public office and working in the bureaucracy.

Those holding dual citizenship in the United States need to declare “other allegiances” to get their U.S. passport and applying for government programs.

Hanging onto one’s original citizenship can be a real asset in many cases, including travelling. When a Canadian also has citizenship in the other country to which he or she is travelling, the need to get a visitor’s visa disappears. So, too, do the fees that come with getting that visa.

A Canadian with dual citizenship can visit his or her other country with spending the weeks or months trying to get a visa.

One thing to note, though, is that even dual Canadian citizens need to present their Canadian passport when they board a flight to Canada. The only exception to that rule is U.S.-Canada dual citizenship.

Prior to November, 2016, there were many dual citizens from visa-exempt countries who could just enter Canada without presenting their passport. That’s changed.

As part of the new Electronic Travel Authorization (Canada eTA) requirements, Canadian dual citizens must use a Canadian passport to fly into Canada. Previously, they could use the passport of their other country of citizenship.

Even with a valid Canadian passport, dual citizens still, of course, need to meet the basic requirements: being in good health, having enough money to travel, and having no criminal convictions, and proper identification.

Being a citizen of another country also allows the Canadian with dual citizenship to stay in that country for as long as he or she wants and even work there, open a bank account, buy real estate, have access to the country’s public education and public health insurance plans.

Dual citizenship can also be a lifesaver during emergencies due to civil unrest or other serious matters, allowing the Canadian citizen to have a choice of embassies to get help.

And if the other passport is for the European Union, then the Canadian travelling in Europe enjoys even more benefits. He or she will be able to go to the usually-shorter line for locals at check-points while travelling in Europe instead of the longer line-ups for foreigners. The dual Canadian citizen will also be able to stay in any of the European Union nations and do so for as long as they want.

It’s not all roses and sunshine, though.

Dual citizenship comes with a legal requirement to obey all laws with regards to military service, providing for the public education system, and paying taxes.

Being a citizen of more than one country can also be a problem for those who want to work for the government of either country in a capacity that requires a high-level security clearance.

And then, there’s a bit of a Catch-22 for those in one of their countries who suddenly find themselves in need of help from their other country. A Canadian who finds him or herself in trouble in the other country in which they are also a citizen may suddenly find Canada less capable of helping them out.

“If you are a dual citizen and travel to the other country where you hold citizenship, local authorities could refuse to give you access to Canadian consular services,” warns Ottawa on the travel portion of its website. “This could prevent Canadian consular officers from providing them to you.”

Immigrants who decided to take the citizenship oath in Canada need to be aware that, while many countries allow dual citizenship, there are many who do not. The best route is always to ask the embassy or consulate about dual citizenship first, including what special conditions may apply.

Among the countries that do not allow dual citizenship are these 24 nations:

Tips Before You Travel

Canadians with dual citizenship are urged by Ottawa to contact the embassy or consulate of that country to find out if they are required to meet any specific requirements.

When booking a flight, travelers with dual citizenship should always buy their flights with the passport to be used on entering the country.

When arriving in a country in which the traveler has citizenship, the best option is to always present the passport from that country to avoid being treated as a visitor – and being granted a visa and possibly overstaying that visa.

Then, when it comes time to leave that country, always use the passport used to enter it.

It’s important for dual citizens to carry both passports when they travel.