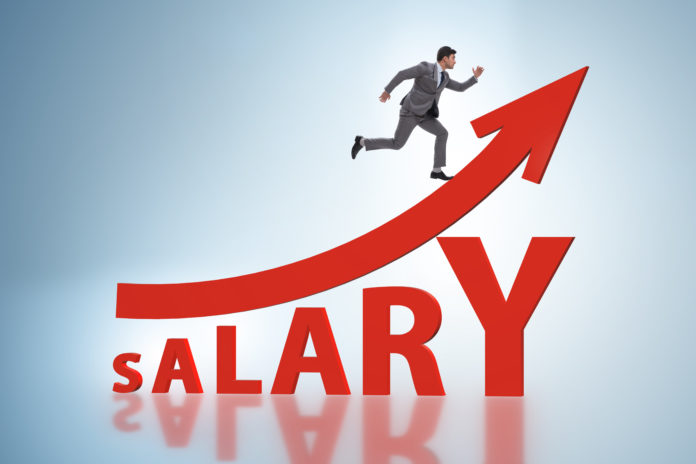 Canada immigration news: The new year is starting to look like a very good one for workers hoping to get a raise as employers throughout Canada plan to bump up salaries.

“Canadian employers are walking a tightline as they juggle and balance a number of factors when it comes to making decisions about their 2022 salary and workforce planning,” says Anand Parsan, a partner and national practice leader for compensation consulting at LifeWorks.

“A tight labour market has caused ‘the great resignation’ which is forcing organizations to adjust pay levels by the highest percentage in the last five years.

Canada immigration news: The new year is starting to look like a very good one for workers hoping to get a raise as employers throughout Canada plan to bump up salaries.

Businesses throughout Canada are planning to boost salaries with the biggest annual raises in years.

“Only 3.3 per cent of organizations are projecting salary freezes next year, which indicates that employers are recognizing the necessity of boosting pay and re-branding their total rewards value proposition in an effort to attract and retain key talent,” says Parsan.

This year, 12 per cent of employers froze wages in a bid to stay afloat during the COVID-19 pandemic. Last year, during the start of the pandemic, 36 per cent froze salaries.

With the Canadian economy slowly rebounding and the labour shortage becoming increasingly hard on employers, many of them are faced with no other option but to loosen the purse strings.

“With a booming job market and rising inflation, employees are seeking both higher compensation and purposeful work.”

When those companies that are not planning to offer pay hikes are factored out, the average planned salary increase next year is 2.7 per cent.

In its 2022 Salary Projection Survey report, LifeWorks notes the highest projected average salary increase for 2022 will be in the wholesale trade with a planned pay hike of 3.1 per cent.

Biggest Increases in IT, Hospitality, Construction

Construction firms, hotels, motels and restaurants, and the IT sector are expected to boost wages by three per cent.

The healthcare and social assistance sector, teachers, the news media and arts and culture organizations will likely see wages go up two per cent next year.

Guylaine Béliveau, LifeWorks’ principal for the firm’s compensation consulting practice, says the good news of higher wages for workers next year is muted somewhat by inflation.

“We cannot … lose sight of the impending impact of the rising inflation rate,” says Béliveau. “Employee turnover needs to be a top consideration for employers, as employees may feel stretched financially.”

The higher wages will also not resolve the labour shortage.

“Employers are struggling with a shortage of qualified employees,” says Béliveau. “Attraction and retention are more challenging than ever.”

Certainly, business leaders in Canada are bullish on immigration and see it as a way to help resolve the labour shortage.

“Whichever party forms the government must prioritize policies and investments that enable businesses to access talent and capital they need to recover and grow,” said Alex LeBlanc, chief executive officer of the New Brunswick Business Council in a press conference.

On Sept. 20, Canadians re-elected the governing Liberals led by Prime Minister Justin Trudeau in that election. The Liberals’ immigration target for this year is 401,000 new permanent residents – and a higher target next year.

Business leaders in New Brunswick want Ottawa to simplify and speed up the overall process of immigration with an emphasis on streamlining and accelerating pathways for international students.

And to ensure the immigrants who arrive in New Brunswick stay there and settle down, the business community also wants Ottawa to put more money into settlement services and initiatives for welcoming communities.

“As we emerge from the pandemic, it is crucial that the next federal government make the right investments, put the right policies in place to ensure sustained growth for New Brunswick and the entire Atlantic region,” said John Wishart, chief executive officer of the Chamber of Commerce of Greater Moncton.