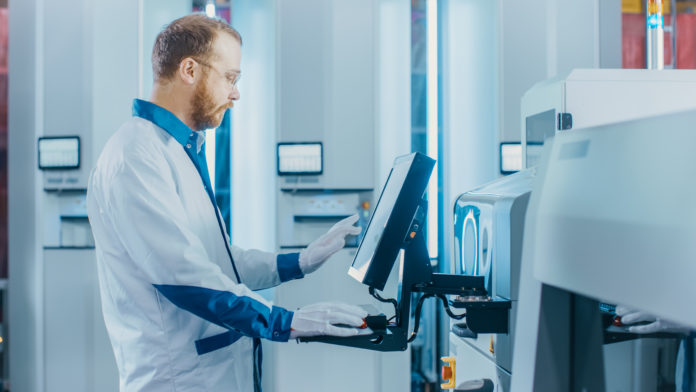 The new limits published in the Federal Register, the daily journal of the American government, are intended to stop tech giants from using H-1B workers as cheap labour and protect American jobs, said Homeland Security.

Under the changes developed by U.S. departments of Homeland Security and Labor and due to come into effect December 7, the definitions of specialty occupations, worksites, and third-party worksites are being revised. Staffing companies will now only be able to bring in immigrants under this visa to third-party sites for a maximum of one year.

American immigration activists are lambasting the Trump administration for this latest step in restricting immigration.

How To Move To Canada From The United States: A Comprehensive Guide
Canada Rated No 1 in World For Welcoming Immigrants
How Duolingo Could Benefit by Hiring Through Canada’s Global Talent Stream

“H-1Bs are used by both tech and non-tech companies to fill jobs where the needed skills are unique or not available locally,” wrote Randolph. “The numbers aren’t large but they are strategic.

“Shutting that door has several … implications: educated immigrants who are denied entry to the U.S. are welcomed by countries with which we compete and many choose to go there instead,” he wrote.

“If Silicon Valley or other companies can’t find the skills they need when they need them, the odds increase that more high skilled jobs and functions will the U.S. for other countries such as Canada which welcomes immigrants and where educated workers with advanced skills are readily available.”

As it becomes more difficult for the United States to lure those immigrants to its shores, Canada faces an unprecedented opportunity to boost its own tech sector with highly-skilled workers from abroad.

According to Randolph, Canada’s tech sector is “rubbing its hands together with joy because this is a gift.”

Billboards have already sprung up in Silicon Valley as part of a campaign by the Canadian tech firms to lure workers hit hard by the H-1B visa crackdown.

Both workers and U.S. tech companies have already shown significant interest in relocating to Canada due to visa difficulties south of the border.

If you are a candidate looking for a Canadian job, or an employer looking to recruit foreign talent from abroad, immigration.ca can help. Access our expertise through our in-house recruitment enterprises, www.grnmontreal.com and our newest asset, www.skilledworker.com, “the leader in foreign recruitment”.

Trump has used the coronavirus crisis to push his anti-immigration agenda, banning a swathe of work visas in a move he says is aimed at ensuring jobs for Americans. In reality, the U.S. president has been looking for ways to cut immigration and limit work visas ever since he came to office.

Since he was elected in 2016, Trump has moved to increase red tape within the U.S. visa system, pushing up processing times and increasing uncertainty for both candidates and employers desperate for new hires. He has moved to place outright bans on most work visas until at least the end of 2020.

Ottawa is looking to go in the completely opposite direction.

Through policies such as the Global Talent Stream promising two-week visa processing, Canada is perfectly positioned to benefit from a potential exodus of skilled workers from the U.S.

Canadian employers can make a job offer and have their candidate on the ground in 10 working days. Before the GTS, that process took at least six months.

While Canada has its own restrictions in place due to coronavirus, the open attitude to immigration north of the border means that the system will be back up and running as soon as public safety permits.

That’s led tech companies and tech workers looking to put in place longer-term plans to Canada’s stability and its thriving tech hubs in Toronto, Vancouver and the Waterloo region.

During the COVID-19 pandemic, restrictions on international travel have, of course, lowered the number of new arrivals to Canada.

But 91,280 people still went through the International Mobility Program, which includes the Global Talent Stream, in the first six months of this year, compared to 146,530 during the comparable period in 2019.

In the first three months of this year, 59,575 went through the International Mobility Program. That rate dropped to 32,335 in the second quarter of the year.

Even during the first six months of this year when the COVID-19 pandemic was raging throughout the world, 21,530 highly-skilled workers came to Canada under its International Mobility Program. That’s roughly 23.6 per cent of the total number of people who went through the program during the first half of this year.

World’s Most Expensive Metropolises Revealed, And Canadian Cities Are Some Way...