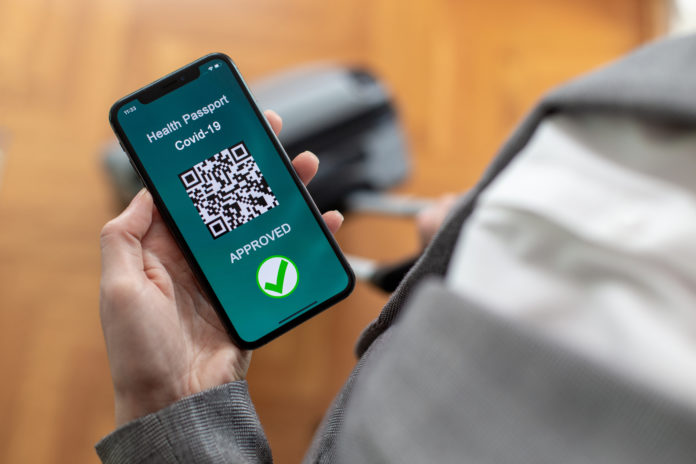 Canadians are in favour of vaccine passports to travel internationally and attend large events in Canada, and Ottawa is working to make them a reality.

An Ipsos survey released late last week shows global support for vaccine passports to travel internationally is up throughout the world.

In ‘Global Public Backs COVID-19 Vaccine Passports For International Travel’, a survey conducted for the World Economic Forum, the global market research firm Ipsos reveals the majority of adults in dozens of countries support the idea of vaccine passports.

“Three in four adults across 28 countries agree that COVID-19 vaccine passports should be required of travellers to enter their country and that they would be effective in making travel and large events safe,” states the Ipsos report.

“The idea of certificates of vaccination for international travel exists already and is well-established. There are countries in the world where you shouldn’t go unless you can prove that you’ve been vaccinated against certain tropical diseases, for example. That’s well established,” said Trudeau.

“But the idea of certificates of vaccination for domestic use to decide, you know, if you can go to a concert or who can go to a particular restaurant or engage in certain activities does bring in questions of equity, questions of fairness,” said the prime minister.

“There are some people who because of medical conditions or other reasons will not be able to get vaccinated. There are other people who are not on priority lists who will have to wait much longer before getting vaccinations. These are things we have to take into account.”

A COVID-19 vaccine passport is a record or health data certificate that would prove whether an individual has been vaccinated against COVID-19 or has recently tested negative for COVID-19. The vaccine passports could be accessible electronically, on mobile phone apps, or as printed documents or cards.

Only the Vaccinated Allowed

A majority of Canadians, 61 per cent, told Ipsos that only people who have been vaccinated should be allowed to do things that involve larger groups of people, including public transit, flying, and attending cultural and sporting events.

Only 39 per cent of Canadians said that’s unfair to those who either have chosen to not get vaccinated or are still waiting to be vaccinated.

Globally, support for vaccine passports is seen by most proponents as a short-term measure. Only 13 per cent of respondents in 12 countries said the vaccine passports should be used indefinitely. Another 23 per cent favoured them being used for the next several years.

Most respondents want them to be used for only a few months, 32 per cent, or until the end of this year, 32 per cent.

Certainly, the airlines are on board with vaccine passports, eager for their businesses to get back to normal operations.

“To re-open borders without quarantine and restart aviation, governments need to be confident that they are effectively mitigating the risk of importing COVID-19. This means having accurate information on passengers’ COVID-19 health status,” states the International Air Transport Association (IATA).

“Informing passengers on what tests, vaccines and other measures they require prior to travel, details on where they can get tested and giving them the ability to share their tests and vaccination results in a verifiable, safe and privacy-protecting manner is the key to giving governments the confidence to open borders.”

The global travel industry association has already launched its IATA Travel Pass, an app travellers can use to store and share their vaccine passports.

Ottawa is reportedly working on adapting its own ArriveCan travel app to include vaccine information.

“From our perspective we have a bit of a head start in terms of entry into Canada in that we have ArriveCan, the app that allows for digital proof of testing … and a variety of other documents that people have to submit to enter Canada,” Health Minister Patty Hajdu reportedly told the CBC.

Vaccine passports, however, remain a political hot potato, with many politicians throughout the world taking hard stances against any legislation which would require travelers to be vaccinated and present such documents.

In the American state of Arizona, Republican Governor Doug Ducey has gone so far as to issue an executive order barring state and local governments from making vaccination passports mandatory to enter an area or receive a service.

“Vaccination is up to each individual, not the government,” Ducey has reportedly said.