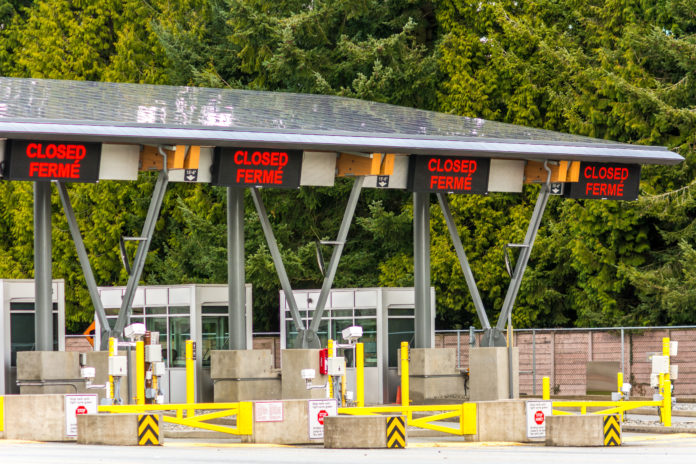 The closure of the Canada-U.S. border to all but essential travel to stop the spread of COVID-19 has been extended for another month, until April 21.

“Non-essential travel restrictions between Canada and the U.S. have been extended by another 30 days – until Apr. 21.,” tweeted Prime Minister Justin Trudeau on March 18. “We’ll continue to do whatever is necessary to keep you and your loved ones safe.”

The widely-expected decision means the world’s longest land border will have been closed for 13 months during the unprecedent coronavirus pandemic.

Canada’s international travel restrictions also currently expire on April 21, but are also expected to be extended.

Current exemptions to the travel ban include Canadian citizens, persons registered as Indians under the Indian Act or permanent residents – but all of these people do need documentation when arriving in Canada.

That documentation can include:

Electronic copies of the documents listed above are acceptable.

Canada also has exemptions in place for the following people, provided they are travelling for a non-discretionary reason:

Trudeau Says Too Early To Talk About Re-Opening Border

Only two weeks ago, Trudeau expressed sympathy in a tweet for the difficulties Canadians face due to the travel ban and public health restrictions imposed to curb the spread of Covid-19.

“Like many of you, the premiers and I have spent a lot of time on the phone and in virtual meetings – we’ve met 28 times over the past 12 months,” he tweeted. “Our most recent meeting was today, and we took a moment to reflect on how COVID-19 has impacted Canadians.”

Growing frustration in Canada over Trudeau’s handling of the pandemic and the national COVID-19 vaccine roll-out caused him to dip in the polls in late February. The Angus Reid Institute showed the prime minister’s popularity fell five points from January to February.

According to a Canadian Press report, Trudeau said both Canadians and Americans would have to be patient until the COVID-19 global pandemic abates and that it was not yet time to even talk about re-opening the Canada-U.S. border.

Since then, support for the governing Liberals has picked up as vaccines have begun to arrive and Canadians can be immunized. Ipsos polling data released in March shows the Liberals up marginally to 35 per cent of public support compared to the Conservatives who only enjoy a 28-per cent support from the Canadian public.

Since February, all travelers coming to Canada by air for non-essential reasons need to stay in government-designated hotels for three days at their own costs after getting a COVID-19 test.

U. S. President Joe Biden has also stated his government’s efforts are concentrated on his country’s vaccination program. In a national address, the American president said the country’s vaccination efforts should allow Americans to gather together for small family barbecues for the July 4 weekend.

U.S. Congressman Brian Higgins, who represents a district in COVID-embattled New York, has reportedly called for the borders to be fully re-opened by July 4 with a partial re-opening as early as the end of May.

“Families have been torn apart and our economies are suffering,” Higgins tweeted. “We need a safe, bilateral cross-border plan and goals for reopening the border.”

Canada’s New Temporary to Permanent Residence Pathway: Every Document You Will...