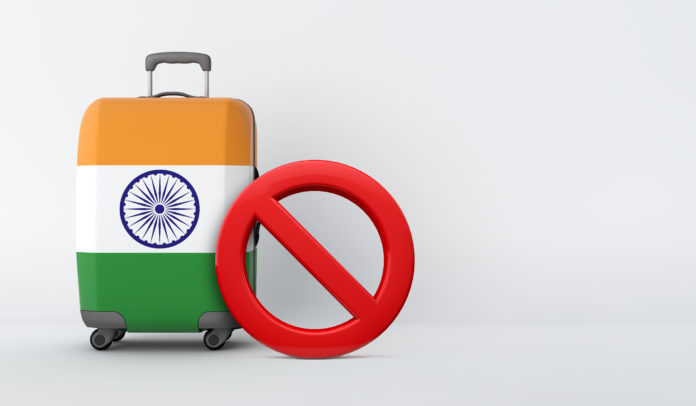 Canada immigration news: Canada’s Transport Ministry has extended its ban on passenger flights from India until September 21, dashing any hopes of their return.

The extension of the ban, announced August 8, does not apply to cargo-only, military flights or medical transfers.

By the time the latest extension expires, the Canadian ban on flights from India will have been in place for five months.

When Canada first put a halt to flights from India, that country was struggling with what appeared to be an out-of-control second wave of the COVID-19 pandemic.

“By eliminating direct travel from (India), public health experts will have the time to evaluate the on-going epidemiology of that region and to reassess the situation,” she said.

While the move has been praised by those grateful for any measures to curb the spread of the variant currently responsible for most of the new cases of COVID-19, others have criticized Prime Minister Justin Trudeau’s government for what they consider to be an ineffective measure.

“There is absolutely no point to this as they find another way into the country,” said one Twitter user. “So what is the point of the ban if the country will still allow them in via the U.S.?”

“A co-worker came through Egypt after leaving Canada with his fiancée to go back to India to get married,” he tweeted. “The ban is b******t, there is no ban.”

In the Twitterverse, some have gone so far as to suggest the ban on flights from India is arbitrary and discriminatory to Indians.

“Hon. Prime Minister Justin Trudeau, we look to your leadership to right this wrong,” wrote one Twitter user. “Indo Canadians and Indians are being singled out and discriminated against while the delta variant exists in many countries, and is, in fact, surging in the USA (but discretionary travel is permitted).”

Another echoed his comments, asking Transport Minister Omar Alghabra why Canada is willing to allow Americans into the country but not Indians.

“Why did you allow Americans to enter Canada when there are more cases of the delta variant in America, and the situation in India is normal now,” he wrote. “You are doing an injustice to Indians. This is literally shameful for you, when you know international students are raising your economy.”

But the ban on direct flights from India is only part of Canada’s strategy to limit the spread of COVID-19.

Transport Canada is also extending the need for travellers from India to get the PCR COVID-19 tests when they leave to come to Canada by any indirect route.

“This means that passengers who depart India to Canada via an indirect route will continue to be required to obtain a valid COVID-19 pre-departure test from a third country – other than India – before continuing their journey to Canada,” Transport Canada notes on its website.

Even as Canada slowly opens up in the wake of the third wave of the pandemic, Ottawa is continuing to advise Canadians to avoid non-essential travel outside of Canada.

International travel is thought to increase the risk of exposure to COVID-19 and its variants, as well as the risk of spreading it to others.

Canada Lauded As 2021 Permanent Resident Numbers Rise In Face Of...