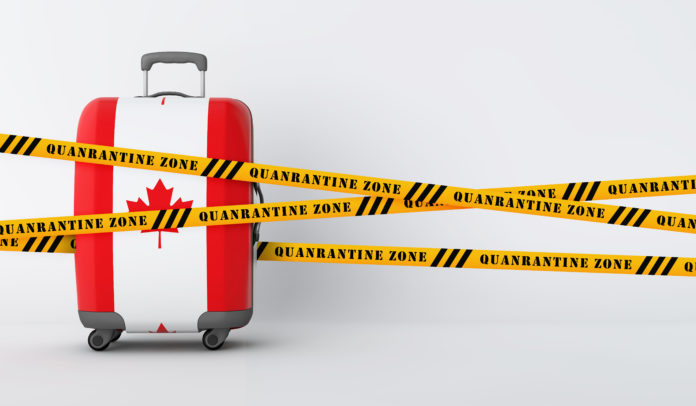 The COVID-19 pandemic led to the first drop in decades in the number of study permits issued by Ottawa last year, as 20 years of growing numbers of international students in Canada came to a screeching halt.

In 2020, the travel restrictions imposed by governments to curb the spread of COVID-19 led to an almost 17 per cent drop in the number of study permits the Canadian government was able to issue compared to the previous year.

The downturn is more remarkable because it represents a sudden reversal of a trend of steadily growing numbers of international students at Canadian universities and colleges going back to at least the turn of the millennium.

The biggest drop in the number of international students, perhaps unsurprisingly, was in Canada’s most populous province, Ontario, which is home to a number of the bigger universities. The central Canadian province saw the number of study permits fall by 20.5 per cent, to 242,825 from 305,510.

The downturn in the number of international students coming to Canada is part of a bigger picture that has seen COVID-19 travel restrictions slow overall immigration to a trickle.

And the new requirements that travellers to Canada must take a COVID-19 test upon arrival, stay in government-approved quarantine hotels until they get their results, and then continue self-isolating until they have completed two weeks of social distancing from others is only putting an even bigger damper on immigration.

In an interview with CTV News, the top exec with Colleges and Institutes Canada blamed the roughly $2,000 hotel bill at quarantine hotels for putting the brakes on the number of international students coming to Canada.

“(They) don’t have that kind of means,” Amyot reportedly said.

Foreign Students Moving To Other Provinces Have To Self-Isolate Twice

A group of international students headed for New Brunswick, for example, might arrive in Canada at Toronto’s Lester B. Pearson International Airport and need to stay there in a quarantine hotel for three days and self-isolate in Ontario for two weeks.

Then, the same group would have to self-isolate for another 14 days upon arrival in the Maritime province of New Brunswick.

“This is nonsense. It just doesn’t make sense,” Amyot reportedly said. “It means that for the spring and summer, we have a large number of deferrals.”

According to her, the number of international students has declined by up to 30 per cent at Canadian colleges for this academic year compared to the previous one.

“It has varied across the country, and we had larger declines in smaller cities and rural and remote areas,” she said.

Throughout the pandemic, Ottawa has remained fully committed to immigration.

Late last year, Immigration Minister Marco Mendicino announced Canada was going to greatly increase immigration levels for the next three years to make up for the shortfall in 2020 due to the pandemic. Canada is now planning to welcome more than 1.2 million newcomers between 2021 and 2023 with 401,000 new permanent residents to Canada this year, 411,000 in next year and 421,000 in 2023.

Canada Immigration From India: Here’s Where You Can Submit Biometrics