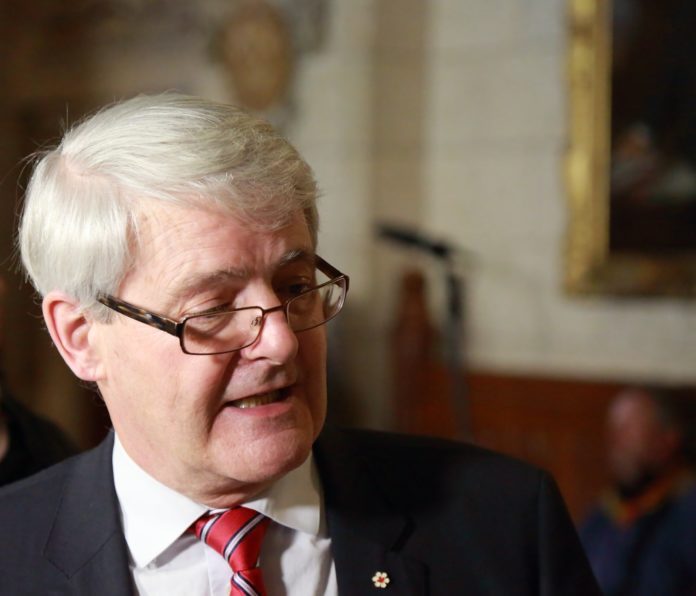 Canada hopes to allow more people into the country during the pandemic under expanded categories of just who is an essential worker, says Foreign Affairs Minister Marc Garneau.

“We are specifically talking about different groups that would be potentially considered to be essential workers, that have the need to cross the border for specific reasons,” Garneau reportedly told a parliamentary committee.

The border Canada shares with the United States has been closed to all travel deemed non-essential since March last year in a bid to curb the spread of COVID-19. That has meant vacationers have had to stay away and the flow of immigration has slowed to a trickle.

Late last year, Immigration Minister Marco Mendicino announced Canada was going to greatly increase immigration levels for the next three years to make up for the shortfall in 2020 due to the pandemic. Canada is now planning to welcome more than 1.2 million newcomers between 2021 and 2023 with 401,000 new permanent residents to Canada this year, 411,000 in next year and 421,000 in 2023.

Whether the country can actually hit those immigration targets is in doubt. Andrew Agopsowicz, a senior economist at the Royal Bank of Canada, wrote in an RBC Economic report that Canada was more likely to only be able to attract 275,000 immigrants this year due to the on-going travel restrictions.

The border restrictions are doing more than limiting the arrival of those seeking to settle into Canada. They are also putting the brakes on the Canadian economy.

The Conference Board of Canada’s economist Liam Daly cautioned in his March Labour Force Survey this week the third wave of the pandemic is likely to push job numbers down and hit some industries hard.

“Growing COVID-19 case numbers are once again forcing the tightening of restrictions in several regions,” noted Daly. “Most notably, the government of Ontario enacted an emergency brake and subsequently a stay-at-home order in the first week of April. Similarly, Quebec and British Columbia have also imposed new measures to reduce virus transmission.

“As we have seen, these measures tend to drain energy from the labour market,” he cautioned. “Therefore, it is likely we will see a negative response among certain industries, which will be reflected in the survey results next month.”

The impact of COVID-19 border restrictions on the Canadian economy is not lost on Canada’s foreign affairs minister. In speaking to the parliamentary special committee, Garneau admitted the international flow of goods with the United States, Canada’s biggest trading partner, has been hampered due to the pandemic.

“The situation is gradually changing and we are very, very sensitive to the need to recover our economies,” he reportedly said.

Although Ottawa is committed to both immigration and Canada’s economic recovery, Prime Minister Justin Trudeau would not give a definite timeline on when the border restrictions might be lifted, saying public health and safety remain the government’s top priority.

“There are an awful lot of metrics we need to look at on the border and keeping Canadians safe from COVID-19. Obviously, case counts, presence of variants, hospitalizations: all of these things factor into the expert analysis of our public health experts,” Trudeau told NBC’s Meet The Press.

“As vaccinations increase, we are all hoping for good news and to get through this but we will continue to engage with the White House and with the administration on the best times to start relaxing border measures,” said the Canadian prime minister. “For now, we all need to keep safe and that means keeping them in place.”

Since late February, all travellers coming to Canada by air for non-essential reasons need to stay in government-designated hotels for three days at their own costs after getting a COVID-19 test.

Ottawa demands that all travellers who do not fall into the exempted groups reserve a government-authorized hotel for three nights prior to their departure for Canada and then take a COVID-19 molecular test upon arrival.

Those government-designated hotels are in Alberta, British Columbia, Ontario and Quebec.

These travellers then have to stay in that hotel while awaiting the results of those tests and pay for not only the usual room costs of their stay but also the associated costs for:

Once their hotel stay is completed, these travellers also still have to complete the remainder of the mandatory 14-day quarantine, which will usually be in their own homes.

Anyone coming into Canada through a land border is also required to show a negative COVID-19 test or face a fine. These tests are typically done by getting a swab from inside the nasal cavity and having it analysed in a medical lab. Results are available after about a day.

Failure To Comply With Quarantine Can Mean Jail

Border control agents in Canada do not have the authority to arrest or prevent any Canadian who fails to produce such a test from entering the country. But anyone who fails to do so can be fined up to $3,000.

Under the Quarantine Act, violating the quarantine is punishable by up to six months in prison and/or $750,000 in fines.

The exemptions are for the following people, provided they are travelling for a non-discretionary reason:

Under Canada’s vaccination program, Ottawa expects every Canadian who wants to be immunized against COVID-19 will be able to get the shots by the end of the summer.

Canada To Welcome 400,000 Immigrants Per Year to Fuel Post-Coronavirus Economic...