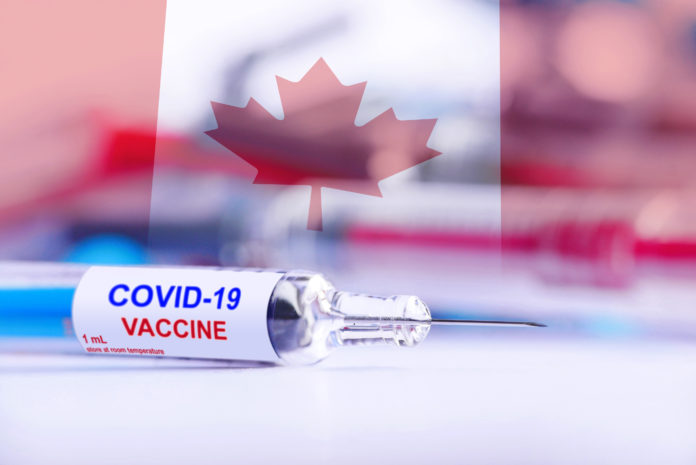 Quebec’s temporary foreign workers who are working on farms in the province can now get the COVID-19 vaccine after they were categorized as a priority group.

“These temporary foreign workers are included in the priority group of essential workers in environments at high risk of an outbreak,” said a statement on Monday from the Quebec immigration ministry (MIFI).  The high-risk environments were identified by Quebec’s health authority.

Quebec says temporary foreign farm workers must wait until the end of their mandatory quarantine period before getting vaccinated.

They require proof of employment but do not require a Quebec health insurance card.

As of April 27, Quebec has administered more than 2.91 million first doses of the vaccine, with nearly 34 per cent of the population receiving their first injection.

The Quebec government is making more priority groups eligible for the vaccine as the campaign gathers pace. Quebec’s policy is to leave four months between the first and second doses, with Premier Francois Legault targeting the first dose for everyone that wants it by June 24 – Quebec’s national day.

Each pilot program will last for five years and include up to 550 candidates per year and their family members, according to MIFI.

Economic activity in Canada’s francophone province dropped sharply during the pandemic, driving its real GDP down by 5.2 per cent and pushing employment down 4.6 per cent last year, reports TD Economics.

TD Economics is forecasting real GDP growth of five percent and a rise in employment of 5.1 per cent this year in Quebec.

“Wages in the province are relatively low on average, which is enhancing the impact of federal income support programs, as these programs have a minimum payment threshold,” notes the bank in its economic outlook.

“In addition, households in Quebec are less indebted than their counterparts in other provinces, and savings rates were comparatively high even before the pandemic. These healthy fundamentals will likely support spending through (this) year.”

Although the province’s aerospace sector will likely still struggle from the downturn in air travel this year, economic recoveries in the other Canadian provinces and the rest of the world are expected to boost Quebec’s manufacturing sector.

“Robust government program spending should lift growth in the first half of next year,” notes TD Economics.

At the Business Development Bank of Canada, Pierre Cléroux, the national development bank’s vice-president of research and its chief economist, is forecasting that the Canadian economy will rebound this year after the COVID-19 contraction of 2020.

“After the largest economic contraction since 1945 (a dip we estimate at 5.5 per cent of GDP), the economy should grow sufficiently to largely offset the losses of 2020,” forecasts Cléroux.

“Strong consumption and a rebound in exports will give the Canadian economy a boost. Bringing forward government investment projects should also provide a tailwind to Canadian economic growth.”

In step with that drop in economic activity and the pandemic, immigration to Quebec also took a sharp dive last year.

The hardest hit by the drop in immigration to Quebec last year were the business immigration programs, which include those coming to the province under the Quebec Immigrant Investor Program, Quebec Entrepreneur Program, and the Quebec Self-Employed Program.

Last year, 67.4 per cent fewer people became new permanent residents to Canada under business immigration programs in Quebec than had the previous year. Quebec paused the popular QIIP last year as it assesses the terms of the program.

Family Sponsorship programs resulted in 1,920 fewer new permanent residents to Quebec in 2020, a drop of 19.8 per cent from the 9,685 who had come to the province under those programs in 2019.

Economic immigration dropped 44.8 per cent, to 12,775 from 23,130 the previous year, as those able to come to Quebec under the Canadian Experience, Caregiver, and Skilled Worker programs fell off markedly.

Quebec Says It Can Only Take 50,000 Immigrants Despite Huge Rise In Canada’s Intake