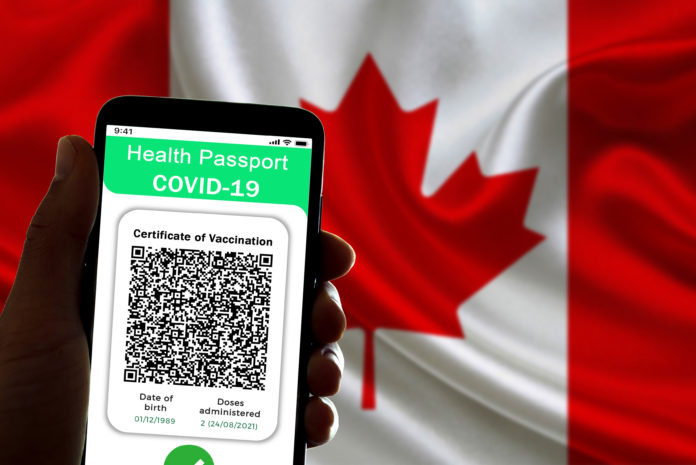 Canada immigration news: Temporary residents in Canada who work in essential occupations are no longer being allowed to go to the United States unless they are fully-vaccinated against COVID-19.

The United States’ Department of Homeland Security (DHS) closed the door to unvaccinated foreign nationals travelling into the United States from Canada and Mexico on Saturday, Jan. 22.

“The Department of Homeland Security will require that non-U.S. individuals entering the United States via land ports of entry or ferry terminals along our northern and southern borders be fully vaccinated against COVID-19 and be prepared to show related proof of vaccination,” said Secretary Alejandro Mayorkas in a statement.

“These updated travel requirements reflect the Biden-Harris administration’s commitment to protecting public health while safely facilitating the cross-border trade and travel that is critical to our economy.”

On Twitter, the move is being denounced as little more than politicking that will further disrupt America’s supply chains and make it all that much harder for trucking companies to deliver goods across the border. There is worry that could then fuel inflation in the United States.

“This is going to take the United States’ supply chain crisis from 10 to 11, and probably take the inflation crisis from a nine to a 10,” tweeted one user.

But the latest move is far from unexpected. The United States announced its intention to do this in October last year, shortly after re-opening the U.S. border to non-essential travellers who were fully-vaccinated.

This latest measure extends that requirement for a vaccine passport to all non-American travelers to the United States, including essential workers.

And that could have repercussions for unvaccinated, temporary workers in Canada whose occupations require that they regularly travel south of the border.

Non-U.S. travellers going into the United States at land ports of entry or ferry terminals, whether for essential or non-essential reasons, must now:

Under the new requirements, travellers are not required to undergo COVID-19 testing for entry via a land port of entry or ferry terminal to the United States.

The new vaccination requirements do not apply to U.S. citizens, lawful permanent residents of that country, or U.S. nationals but these are obliged to bring a WHTI-compliant document when re-entering the United States.

The United States’ move to deny entry of even essential workers from Canada unless they are fully-vaccinated comes as Canada is itself is dealing with a backlash to its requirement that truckers show their vaccine passports when entering Canada from the United States.

A truck convoy is on its way to Ottawa to protest the COVID-19 vaccine mandate for truckers entering Canada from the United States.

When Ottawa announced in November the new rules for unvaccinated people travelling across the Canada-U.S. border, it removed the exemption from vaccine passports for groups of people previously deemed to be doing essential jobs, including truckers.

Now, unvaccinated or partially-vaccinated Canadian truckers are among those who need to get a PCR test outside of Canada within 72 hours of planned entry, get tested again when they arrive at the border; and then self-test during the eighth day of mandatory 14-day quarantine.

COVID-19: COPR Holders Can Travel To Canada For First Time Since...