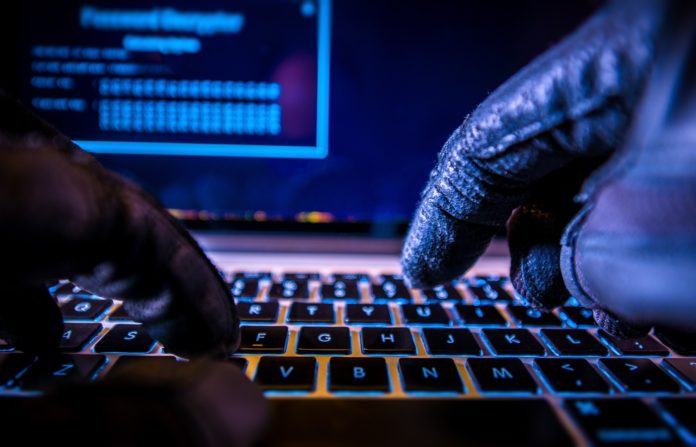 A wave of online attacks has targeted immigrants, according to U.S.-based Malwarebytes, a maker of software to prevent computers from getting infected by viruses, worms, trojans, and other harmful programs.

In its February Threat Intelligence Report, the American company reveals its analysts have uncovered a group, which is typically a nation-state or state-sponsored group, that has been stealthily gaining unauthorized access to computer networks.

In the world of cybersecurity, a group of hackers like this is called an Advanced Persistent Threat (APT).

Malwarebytes says immigrants are being targeted by such an APT that has been dubbed LazyScripter.

“APT groups are traditionally tracked according to specific targets and tools or methodologies they employ. Many actor groups use spam campaigns, attaching weaponized documents to phishing emails themed to target the industry or demographic of interest,” writes Hossein Jazi, a senior threat intelligence analyst at Malwarebytes, in that report.

“In this case, we initially discovered a number of malicious emails specifically targeting individuals seeking employment, which prompted a deeper investigation,” he notes. “Digging deeper, we uncovered a targeted spam campaign dating back as far as 2018 using phishing lures with themes aimed not only at those seeking immigration to Canada for employment but also at airlines.”

A good first step in preventing an online attack using malware is to install software to protect against it. PC Magazine counts Malwarebytes among the Top 10 best anti-malware software programs for 2021, alongside other programs to protect personal computers such as McAfee, Norton 360, Bitdefender, Kaspersky, Webroot SecureAnywhere, and ZoneAlarm.

The LazyScripter attacks aren’t the first time prospective immigrants and those seeking Canadian visas have been targeted by hackers and scammers.

Canada ran ads in newspapers and radio, on Facebook and Google during the month of June that year throughout the Asian country.

“As this number (of temporary resident visa applications) continues to grow, it is critical that applicants get the true facts on applying for a visa,” an Immigration, Refugees and Citizenship Canada (IRCC) statement said.

Many of the 975,000 temporary resident applications received by Canada in 2018 were submitted by unauthorized immigration consultants – and many of those applications were refused because they were deemed fraudulent.

Beyond simply being a waste of time and money, a fraudulent application containing false or misleading information can result in the applicant being banned from applying to come to Canada for up to five years.

Unfortunately, immigration scams have been going on for years. Back in 2017, immigration fraud made headlines when scammers started sending emails claiming to be from the Ontario Immigrant Nominee Program (OINP) and asking for a “Right of Permanent Residence Fee”.

Those taken in by the scam were fooled because the emails came with a false Ontario Certificate of Nomination attached, featuring the Ontario government logo and the address of 400 University Avenue, the offices of the Ontario Ministry of Citizenship and Immigration.

There are five main scams that have been making the rounds for years.

In this scam, the fraudsters send out emails claiming to be from a certain immigration office and ask for a fee to continue with an application.

These group emails are usually sent to random recipients, meaning members of the public who have never had any need for immigration services can receive the message.

The scammers are hoping to catch one or two candidates for whom the email might seem realistic.

Such emails used to be easy to spot because of their poor grammar or tone that lacked authenticity. But the scammers are catching on to this and making the messages more professional.

As a heads up, take note that the OINP will never email anyone a Certificate of Nomination or ask for payments through wire transfer or to pay a “Right of Permanent Residence Fee”.

It’s also a good idea to check to see if the phone number in the email is actually the right phone number for the immigration office or consultant and whether the name of the organization is correct.

Much like the email scam, phone fraudsters will call and claim to be from a certain Canadian immigration office. Recent examples have seen scammers attempt to imitate officials from the IRCC.

After using official-sounding language, the scammers will get around to asking for some kind of payment.

The IRCC never does this. It also never confirms basic personal information already given on an application form.

When scammers do this, they are trying to steal someone’s money or identity.

A dedicated fraudster can easily copy a website or create one that looks a lot like the official IRCC portal.

Often, they will also put out phony internet ads designed to drive traffic to their site, promising faster processing for immigration applications, or guaranteeing passage to Canada.

The simple rule here is: do not trust anything that sounds too good to be true. Processing times have nothing to do with anyone except case officers at the IRCC. No-one is guaranteed a successful application.

If the website claims to offer special deals to people who want to immigrate, don’t deal with them. Do not pay for offers of guaranteed entry into Canada or faster processing of your application. These claims are false.

Here are a few additional tips to help identify a fake immigration website:

CHARGING FOR A JOB OFFER

A bonafide job offer will never come without an interview. In certain cases, scammers will guarantee a job offer and ask for a fee for the service. This is illegal in many Canadian jurisdictions.

Fraudsters know a job offer can be a key element to a successful Canadian immigration application. Often, the paid-for job offer will never materialize, or if the authorities find out about it, the candidate’s case could be rejected.

Immigrating to Canada is difficult for the vast majority of applicants.  There are 14 different jurisdictions with each having a role to play, and the rules are constantly changing.  It is always best to hire an experienced, licensed and well-respected immigration lawyer as opposed to an immigration consultant.