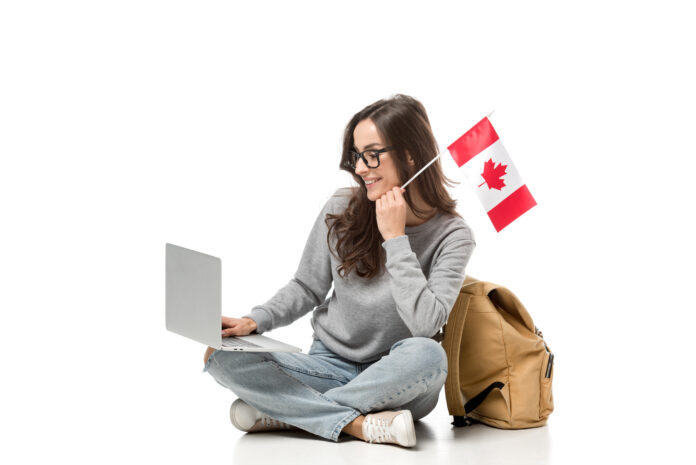 As Canada looks to use newcomers to solve a growing labour market shortage, it has ambitious plans to welcome a record 465,000 new immigrants in 2023.

After setting new annual permanent resident records in both 2021 and 2022, it plans to break those records again in each of the next three years.

This means it has never been a better time to consider starting the process of immigrating to Canada.

Outlined below is a comprehensive list of 13 ways you can immigrate to Canada in 2023.

Express Entry remains the foremost way to move to Canada in 2023.

This year is also set to see the introduction of occupation-specific draws through Express Entry. Canada introduced law changes last year to allow for specific economic labour shortages to be targeted. Those draws are due to start imminently.

The only economic stream bigger than Express Entry in 2023 is the combined force of Canada’s Provincial Nominee Programs.

Canada plans to welcome more than 105,000 newcomers through the nine provincial (and two territorial) immigration programs.

From British Columbia in the west, through the prairie provinces of Alberta, Saskatchewan and Manitoba, to Ontario and the Atlantic Canadian provinces of Nova Scotia, New Brunswick, Newfoundland & Labrador and Prince Edward Island, there are thousands of spots for Canada immigration in 2023.

Parts of the PNP also feed into Express Entry, meaning each of the provincial programs mentioned above have specific streams for the federally-operated selection system.

The provinces are geared up to select immigrants specific to their economic needs. Candidates should consult target occupation lists and streams, because provincial and federal priorities differ.

Quebec is in a category of its own as it has full control over its economic immigration intake.

Much has been made of the powerful Quebec provincial government’s push to ensure all immigrants welcomed to the province are francophone.

Francois Legault, leader of the Coalition Avenir Quebec, believes the French language is central to preserving Quebec’s culture and is focused on limiting newcomers to the province to around 50,000 in total, 33,000 of them through economic programs.

The francophone requirement becomes less of a priority for candidates with a qualified job offer in hand.

It remains to be seen how Legault’s policy of continuing to limit immigration plays out, with the province in the grip of a chronic labour shortage.

After winning a powerful mandate last year, based almost entirely on votes from outside Montreal, Legault now needs to get Quebec’s economy moving to maintain his popularity.

At the forefront of these is the Atlantic Immigration Program, which started life as a pilot but has since been made permanent.

Covering the four Atlantic provinces of Nova Scotia, New Brunswick, Newfoundland & Labrador and Prince Edward Island, the AIP has an allocation of 8,500 spaces for skilled worker and international graduate immigrants in 2023.

A further 8,500 newcomers are to be welcomed through three other streams: the Agri-Food Pilot, the Rural and Northern Immigration Pilot and the Economic Mobility Pathways Project.

All of these programs are employer-driven, meaning they cannot be applied to directly. An employer identifies a need, finds an immigrant to fulfil that need and uses the program to bring that candidate to Canada.

Meanwhile, it is understood that a new Municipal Nominee Program remains in the works. First proposed by the governing Liberals in 2019, the MNP was set back by the Covid-19 pandemic, but could finally be launched this year.

As its name suggests, an MNP would see immigrants selected at a much more local level, allowing individual communities to respond to specific labour market needs.

To qualify, candidates with a qualifying business or business idea must secure the support of a designated angel investor group, venture capital fund or business incubator, plus have the required settlement funds and language ability.

Candidates can move to Canada on a work permit while they establish their business, before qualifying for permanent residence. To qualify, applicants must be actively involved in the management of the business within Canada.

Canada plans to welcome 3,500 newcomers through business programs in 2023, rising to 6,000 by 2025. A significant number of these will come through the Start-Up Visa.

Many of Canada’s provinces operate their own entrepreneur programs, which fall under their respective Provincial Nominee Programs.

Each of these programs has specific requirements related to the province or territory they serve.

Both the federal government and Quebec operate self-employed programs.

The federal Self-Employed Class is geared towards applicants who have relevant self-employment experience as well as the intention and the ability to create their own employment and make a significant contribution to the cultural, artistic or athletic life of Canada.

In Quebec, self-employed applicants are primarily differentiated from skilled workers in that they create their own job by practicing a profession or engaging in a commercial activity.

Canada combines spouses, partners and children in its Immigration Levels Plan, with an aim to welcome 78,000 such newcomers in 2023, making up the majority of the 106,000-strong Family Class.

The spouse and partner stream allows for applications from outside or within Canada (via the Spouse or Common-Law Partner in Canada Class). Spouses and partners can be of any sex provided they meet requirements.

Spouses and partners can qualify for a work permit while they are waiting for their applications t be processed.

Children being sponsored are generally under 22 and do not have a spouse or partner of their own. To qualify over the age of 22, they must be unable to financially support themselves because of a mental or physical condition or have depended on their parents for financial support since before the age of 22.

Canada operates a separate stream for adoption from overseas.

Canada’s Parents and Grandparents Program operates on a lottery system, where sponsors declare their interest in a pool and are drawn at random and issued an invitation to apply.

The stream has drawn controversy over the years as it is regularly oversubscribed, with officials searching for the fairest way to select candidates to come to Canada.

Currently, the PGP pool has not been opened for new sponsors since 2020. Three batches of sponsors have been invited to apply since then. It is possible that Immigration, Refugees and Citizenship Canada (IRCC) will move to open a new window for the submission of interest to sponsor forms in 2023.

Parents and grandparents who are not selected can consider the Super Visa.

Canada has an established route to permanent residence for international students, with 750,000 expected to study in Canada in 2023, making it the largest category of temporary residents.

They can come in on a Study Permit, qualify for a Post-Graduation Work Permit, which can give them the experience needed to qualify for immigration via Express Entry.

However, while that pathway exists, candidates must be aware that it is highly competitive. Only a fraction of the 750,000 international students studying in Canada will become permanent residents.

Many immigration consultants and colleges and universities promote the fact that international students can come to Canada to study and transition to permanent residence. However, the reality is that very few will achieve this.

Canada’s cohort of Work Permit holders may have fallen behind Study Permit holders as the largest group of temporary residents, but they are still a significant number at 750,000.

A positive LMIA confirms there is a need for a foreign worker to fill the job at hand and that no Canadian worker is available to do the job.

The IMP allows Canadian employers to hire foreign workers without the need for an LMIA. It includes intra-company transferees, those entering Canada as part of trade treaties, such as the Canada-United States-Mexico Agreement (CUSMA) or the Comprehensive Economic Trade Agreement (CETA) and those who qualify for an open work permit.

The Global Talent Stream also falls under the TFWP, through which employers can access two-week processing for a list of technology occupations.

A number of provincial programs also operate programs that target technology occupations, including the BC PNP Tech stream and Ontario Tech Draws through its Human Capital Priorities stream.

12. Buy A Business And Move To Canada

There remain options for candidates who wish to buy a business and move to Canada, including a pathway through the Temporary Foreign Worker Program and the Ontario Entrepreneur Success Initiative.

Owner-operator rules under the TFWP were recently changed to remove an exemption for LMIA advertising requirements. However, the pathway still exists for the right candidate.

The OINP Entrepreneur Success Initiative is a two-year pilot with the aim of welcoming 100 newcomers outside the Toronto area and drawing investment of $20 million.

Canada continues to prioritize welcoming refugees as part of its humanitarian effort around the world.

Syrians, Afghans and latterly Ukrainians have all benefitted from Canada’s openness to refugees.

The 2023 Immigration Levels Plan has room for more than 76,000 newcomers to Canada in the Refugee Class.