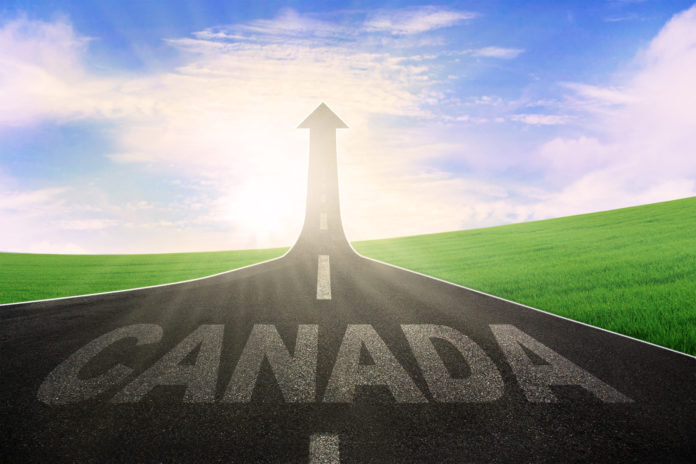 Canada is likely to see an explosion in the number of permanent residents getting their Canadian citizenship later this year or early next year, says Robert Falconer, a research associate at the School of Public Policy of the University of Calgary.

Immigration, Refugees and Citizenship Canada data shows just how much the COVID-19 pandemic has affected citizenship ceremonies in Canada.

In the first 11 months of last year, only 107,119 people took the citizenship oath in Canada, a drop of almost 45.9 per cent from the 233,397 who became Canadian citizens during the comparable period the previous year.

Throughout 2019, a total of 250,367 permanent residents became Canadian citizens. Although the number of new citizens did fluctuate monthly, the average for any given month was about 20,860.

That level maintained itself through to the end of February.

Then, the realities of the COVID-19 pandemic hit Canada hard. Lockdowns went into effect throughout the country, effectively shutting down citizenship ceremonies in most places.

In all of Canada, only 14 people took the citizenship oath in April last year and only 61 in May. The numbers started to pick up again in June with 1,716 new citizens and built up to a high of 13,819 in September only to drop back to 9,194 in October and a paltry 3,365 in November.

“On March 14, 2020, in response to the evolving COVID-19 situation, we cancelled all citizenship ceremonies, tests and retests until further notice,” says IRCC communications advisor Lauren Sankey.

“After a period of near total shutdown, we began holding citizenship ceremonies online, and as of Nov. 30, IRCC has sworn in or affirmed over 45,300 new Canadian citizens in over 8,900 ceremonies.”

On November 26, the Canadian immigration department put in place an online platform for taking citizenship tests, making Canada the first country in the world to offer citizenship testing online.

During the next few months, Sankey says the platform will be tested and only a limited number of people invited to take the online test so that the system’s performance can be monitored.

“As long as no major issues are encountered, IRCC was expecting to be able to offer the online citizenship test to about 5,000 clients by the end 2020 – and preliminary data indicate that we exceeded that number,” says Sankey.

Falconer says there are a few reasons for the precipitous drop in people becoming Canadian citizens last year.

Hard times due to job losses and economic uncertainty for many permanent residents in Canada during the pandemic affected the ability of some to pay the fees to become a citizen, he says.

“If you’re out of work or you’ve been impacted negatively by COVID-19, you might say, ‘I’ll wait another year until things get better,’” says Falconer.

“It costs a fair amount of money for a family of four to get their citizenship.”

Citizenship fees of various kinds add up to about $630 per adult and roughly $100 for a child. A family of four with two parents could expect to pay about $1,460 to get their citizenship.

Since Ottawa has said it will likely be removing those citizenship fees, many permanent residents may be waiting for brighter times before taking the plunge.

Falconer says the government’s decision to move citizenship ceremonies online during the pandemic also likely had some permanent residents waiting until they can celebrate this milestone in person with friends and family.

The pandemic, which has forced many business operations to go online, has also likely created delays in the processing of citizenship applications as government employees move from office environments to working from home.

All of this is creating a pent-up demand for citizenship ceremonies that will likely explode once the pandemic fades into memory.

“There’ll be an explosion in citizenship ceremonies for a couple of reasons,” says Falconer. “People are waiting until they can do it in person and, on the government side, it’s taking longer to process the applications.

“We’ll see some resumption over the summer, especially if they allow outdoor ceremonies.”

The immigration and refugee issues researcher is expecting the explosion in citizenship numbers to come late this year or early next year.

The pent-up demand from this year added to the regular volume of a normal year, could see roughly 30,000 new Canadian citizens per month in 2022. That number of citizenship applications might be difficult for the IRCC to process with its current staffing levels.

“The IRCC is one of the most under-staffed government institutions in Canada,” says Falconer.

Immigrants need to have lived in Canada for three years to qualify for citizenship. The sharp downturn in immigration caused by border restrictions due to COVID-19 is not affecting citizenship numbers yet since these people are already in Canada.

But the anomalous immigration pattern last year and so far this year due to the pandemic is likely to cause fluctuations in the number of people applying for citizenship in three years.

As Canadian immigration officials work with the new online tests for citizenship, an important aspect is the verification of applicants’ identities, which is important to the integrity of the program.

“Measures are place to confirm each applicant’s identity by capturing a photo of their ID, their face and by taking static photos (non-biometric) during the test,” says Sankey.

Canada Immigration Numbers Fall Further Behind Ambitious Target In May