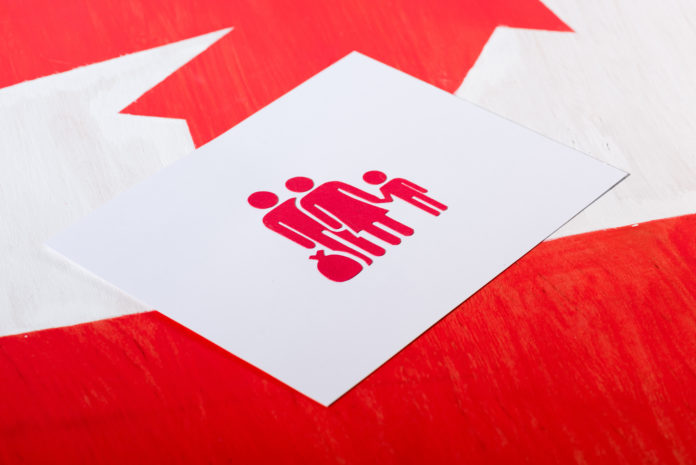 Canada’s family sponsorship immigration programs saw newcomers arrive in greater numbers in 2021 than during the previous year – but numbers were still lower than prior to the COVID-19 pandemic.

At that rate, Canada could expect to end 2021 with 74,694 new permanent residents arriving under family sponsorship programs.

That would make the number of newcomers to Canada under these programs 51.5 per cent more numerous than the comparable cohort in 2020. 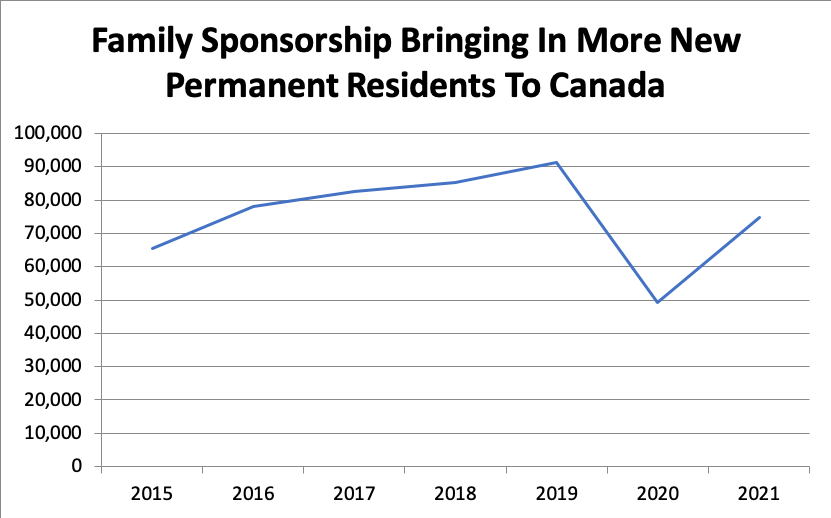 That projected number of family sponsorships, though, would still be 18.1 per cent than the 91,300 new permanent residents to Canada under these programs in 2019, the last full year before the arrival of COVID-19 in Canada.

During the first year of the pandemic in particular, border closures and travel restrictions – and, later, COVID-19 tests at the border, mandatory quarantines, and vaccine passports – slowed immigration to Canada to a trickle.

Immigration Surged in Canada in 2021 Amid COVID-19 Recovery

Since then, immigration to Canada has rebounded with a vengeance, hitting a record-setting high of more than 401,000 new permanent residents to Canada in 2021.

“Last year, we set an ambitious goal,” said Immigration Minister Sean Fraser a week before the end of the year. “Today, we achieved it.

The final figures for 2021’s family sponsorship programs were not yet released as of the end of December.

It’s clear, though, that these programs had been steadily growing in popularity prior to the pandemic.

Even allowing for the hit in immigration Canada suffered with two years of the pandemic, the yearly number of new permanent residents through family sponsorship programs is still expected to be almost 14.1 per cent higher for 2021 than it was in 2015.

With that permanent residence, those family members are able to live, study and work in Canada.

The sponsor assumes all financial responsibilities for their relative once he or she arrives in Canada.

Spouses and common-law partners who come to Canada under the sponsorship programs are allowed to work under the Spousal Work Permit Pilot Program.

The program is designed to allow spouses and partners to work while their immigration applications are being finalized.

Eligible candidates must be in Canada and in the process of being sponsored for permanent residence under the spouse or common-law partner class. Candidates must also have valid temporary status as a visitor, student or worker.

Under the sponsorship programs, sponsors ink a contract with Canada’s immigration authorities to repay the government for any social assistance payments made to the sponsored person. Sponsors remain obligated to the undertaking agreement for the entire period of the contract, even in a change of circumstances such as marital breakdown, separation, divorce, or a financial change in circumstances.

In the case of a spouse, common-law partner or conjugal partner, a sponsor is required to sign an undertaking to reimburse the federal or provincial governments from the date in which they become a permanent resident for the period of three years.

In the case of a child under the age of 19 years, of the sponsor or the spouse, common-law partner, or conjugal partner, the obligation starts on the day that the child becomes a permanent resident of Canada for a period of 10 years or until the child reaches the age of 25 years.

In the case of a dependent child over the age of 19 years, the obligation starts on the day that the dependent child becomes a permanent resident, for a period of three years.

In the case of parents and grandparents, the sponsorship obligation extends for a period of 20 years from the date in which the member of the family class becomes a permanent resident. For all other family members, the obligation is of a duration of 10 years.