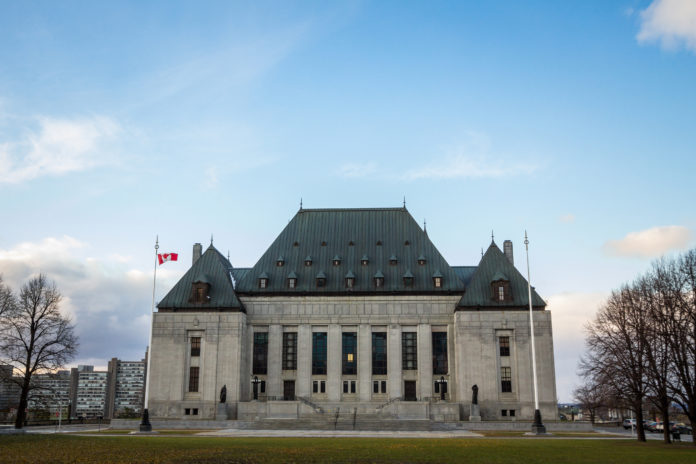 Ottawa has maintained the right to send back to the United States refugee claimants who enter into Canada at official border crossing points after a Federal Court of Appeal ruling on the Safe Third Country Agreement.

The decision by the court means the Canada-U.S. STCA can continue to be used by the Canadian federal government as it has been for the past 16 years.

“For the last three years, Canada has welcomed more refugees than any other country in the world, and continues to provide protection to those fleeing conflict and persecution,” that statement reads.

“Canada remains firmly committed to upholding a fair and compassionate refugee protection system and the STCA remains a comprehensive means for the compassionate, fair, and orderly handling of asylum claims at the Canada-U.S. land border.”

“Under the Safe Third Country Agreement, refugee claimants must request refugee protection in the first country, Canada or the United States, that they arrive in unless they qualify for an exception,” explained Federal Court of Appeal Justice David Stratas in his decision.

“Exceptions include claimants who have family in Canada and unaccompanied minors. The Safe Third Country Agreement also does not apply to those who enter Canada irregularly or to most individuals who arrive by sea or by air.

That’s exactly what Canada has been doing since the STCA was passed into law.

But the tough stand on immigration of former U.S. President Donald Trump during his time in office led many refugees and their advocacy organizations in Canada to call into question the legality of the STCA.

They didn’t want Canada to have the right to return refugees to the United States.

In Federal Court, they successfully argued that those refugees who were returned to the United States from Canada were “immediately and automatically imprisoned by U.S. authorities.”

They argued the SCTA contravened the Canadian Charter of Rights and Freedoms provisions for the rights to security and to be considered equal under the law without discrimination based on national or ethnic origin.

Ottawa appealed that decision. The appeal was supposed to be concluded last October but was delayed and the Federal Court decision stayed until the appellate court decision was handed down.

In his decision, Justice Stratas explained the evidence that returnees were routinely detained in the United States was sketchy at best.

“Logically, evidence about the conditions and quality of one person’s detention and the confiscation of another person’s cellphone says nothing about whether detention is immediate or automatic across the United States system,” he wrote in his decision.

Court Decision Did Not Factor In Right Of Equality

The judge also noted that many returnees who are detained in the U.S. can seek and are often granted a release. He pointed out that refugee claimants in Canada are also at risk of discretionary detainment.

“This … suggests that sending refugee claimants to the United States is not against the principles of fundamental justice,” he wrote in his decision.

In Federal Court, the decision did not include consideration of equality under the law without discrimination for national or ethnic origin. Justice Stratas upheld the Federal Court’s right to not consider that charter right in rendering its decision but also acknowledged it is something the Federal Court might consider at a later time in connection with the STCA, if only to determine the validity of the evidence for that claim.

“Where, as here, no factual findings have been made on the section 15 issues, it is generally best for us to send the matter back to the Federal Court because of its expertise in fact-finding … This is especially so here: the Federal Court expressed concern … about some of the evidence tendered in support of the section 15 claim that might affect its weight,” wrote the justice.

“In commenting on section 15 of the Charter, I do not minimize its importance when assessing conduct under this legislative scheme. Nor do I minimize the importance of any other Charter rights or freedoms, the Refugee Convention and the Convention Against Torture under this legislative scheme. Far from it. ‘Anxious scrutiny’ in this area is called for.”

Among the practical impacts of returning refugee claimants from the United States at official crossings during the Trump era was a rise in refugees coming into Canada at unofficial crossings.

But the Covid-19 pandemic and the election of U.S. President Joe Biden, widely regarded as being more open to immigration and refugees, has greatly reduced the number of refugees crossing into Canada at unofficial crossings.

In January and February of this year, a total of only 79 asylum seekers were arrested by the RCMP at unofficial entry points to Canada from the United States.

During the same two months – a time during which Covid-19 greatly restricted international travel – a total of 600 asylum seekers were processed by the Canada Border Services Agency at official ports of entry when arriving by air, land, or sea.

Canada tells United Nations it will accept twice as many Afghans:...