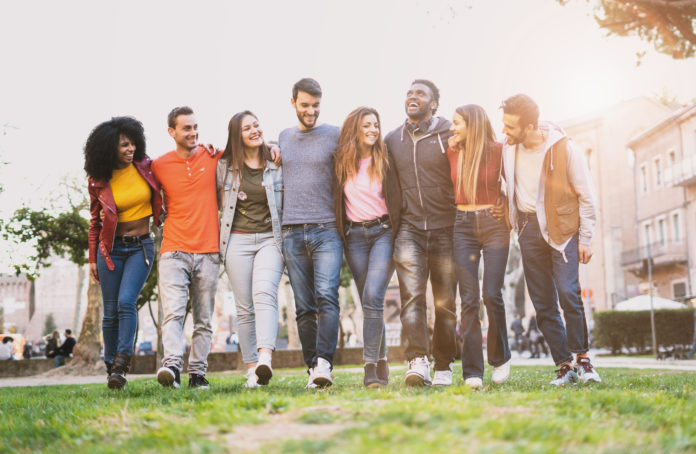 On the one hand, Halifax has more days without rain or snow and also more days with temperatures above the freezing point – and it scores slightly better in terms of crime. It also has way more doctors and specialists per capita.

Both cities have great internet access, allowing residents to work from home with ease, and feature a wide variety of bars and restaurants and easy access to an airport.

But Charlottetown is more affordable in terms of housing, with the average home costing roughly $12,000 less and lower property taxes as a percentage of the average income. Prince Edward Island also has a marginally lower provincial tax rate for the average family.

So, Maclean’s called it a toss-up and left them tied for first place as the best community in Canada.

In the number two spot, though, is yet another Atlantic Canadian city, New Brunswick’s provincial capital of Fredericton.

Although colder for more days of the year and with a less favourable crime score, Fredericton impressed Maclean’s with its low cost of housing. The average value of real estate for a family was only $211,492 in this community, a full $90,993 cheaper than in Charlottetown.

The small New Brunswick city also has slightly more doctors and specialists per capita than Charlottetown, although not nearly as many as Halifax.

In third and fourth place in the Maclean’s ranking are the communities of St. Thomas and Belleville in the central Canadian province of Ontario. Well-ranked primarily due to their great internet access, high number of doctors and specialists and amenities, each of these communities has drawbacks compared the more highly-ranked Atlantic Canadian cities.

Belleville, for example, scored worse on the Crime Severity Index than the national average and had a higher average real estate cost and property taxes per average income than did Fredericton. St. Thomas, which scored as a very safe community in terms of crime, does not have nearly as many doctors and specialists as the higher-ranked communities and also has higher property taxes.

Edmonton and Winnipeg For Amenities and Affordable Real Estate

Provincial capitals Edmonton, Alberta and Winnipeg, Manitoba, came in at fifth and sixth in the rankings respectively, impressing the judges with the wide variety of bars, restaurants and world-class airports and very affordable real estate for cities of their size.

Edmonton has a population of over one million and yet the average value of primary real estate in that city is only $377,119, making homeownership a realistic goal for most middle-class families. In the somewhat smaller Winnipeg, with its population of 778,600, the comparable real estate costs $306,123.

Both Edmonton and Winnipeg have among the highest numbers of doctors and specialists per capita of any of the top 10 best communities in Canada, making healthcare relatively easy to obtain. The downside to both cities is their unfavourable Crime Severity Index rankings, both of which are higher than the national average.

In the seventh spot on the list is yet another Atlantic Canadian city, Moncton. The bilingual city in New Brunswick has amazing internet access and by far the most affordable housing of the top 10 with the cost of a primary residence coming in at only $198,857. The crime score, though, is above the national average, the property tax rate relative to income is not great and neither is the provincial tax rate for the average family. Moncton also has the third-highest number of days with rain or snow in the top 10 cities, making it less desirable for those who like sunny, dry and warm weather.

Cornwall The Place To Be For Community Engagement

In Ontario, the small city of Cornwall ranks eighth on Maclean’s list with very low real estate costs and its strong sense of community engagement. This is a place where neighbours know one another and feel like they are part of a community. So, even with somewhat high property taxes relative to income and higher crime than the national average, Cornwall with its community engagement and great internet access makes it into the top 10.

Rounding out the top 10 of the 415 best communities in which to live in Canada is Brooks, Alberta. A small community of only 16,390, this is a fast-growing community that likely offers a great many opportunities for entrepreneurs and it also has the distinct advantage of having very low property and provincial income taxes relative to the average income.

The downsides to Brooks are a low number of doctors and specialists per capita, a slightly higher crime rate than the national average, and less impressive internet access than other top 10 communities.